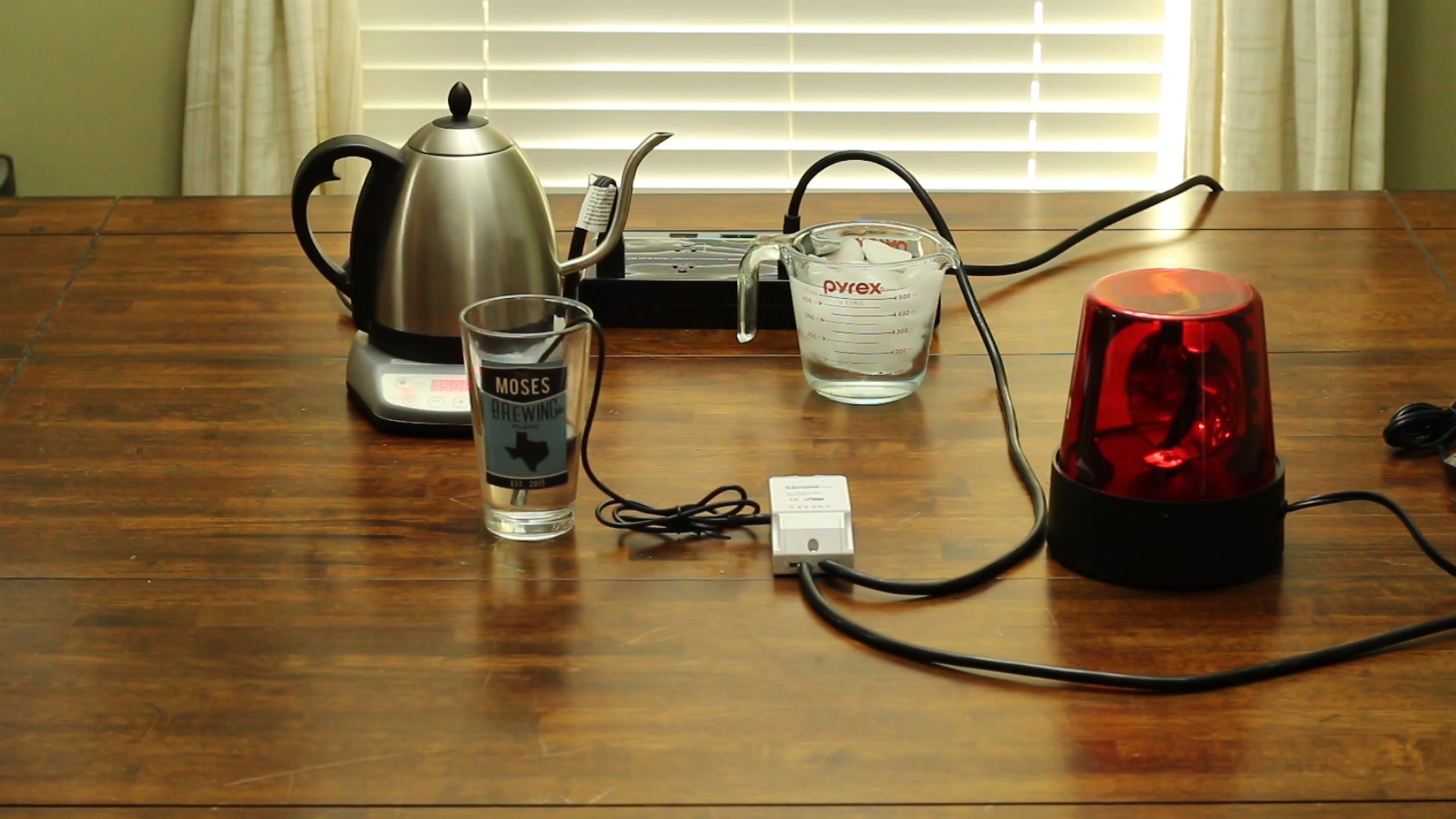 I am a budding home-automation geek. The lamp that sits behind my desk is fully-automated; I use Tasker, IFTTT, and a Wemo Switch to turn the light on (or off) based on whether my phone is near my WiFi access point, at sunrise/sunset, and based on the time of the day. While I’m pleased with the functionality of the Wemo Switch, I’m not exactly thrilled with the price. Which is why I was pretty excited when the Sonoff (specs)came to my attention. To me, it met all the same requirements that I had but at a fraction of the price of the Wemo Switch.

I wound up reviewing the Sonoff RF Switch and the Slampher and had positive impressions of both products. After my review and using the Sonoff RF Switch for almost a year, my only concerns with the Sonoff-products were that they’d all require you cutting up the electrical cords of the products you wanted to automate and the fact that it wouldn’t work quite that well with any product that contained the third wire for the common ground. 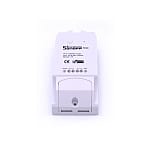 In the latest version of the Sonoff product, the Sonoff TH 10/16 (specs) accounts for the third-wire common ground, which opens it up for use with a great number of other kinds of devices. However, the feature that I wound up being most excited about was the fact that the Sonoff TH 10/16 included support for a variety of different temperature sensors. Sensors like the AM2301, DS18B20, and DHT11 are all supported by the Sonoff TH products. 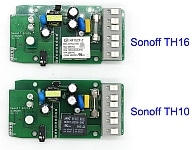 If you’re a first-time reader of my blog, you won’t already know that I home brew my own beer and built a “keezer” (a beer-dispensing freezer) to serve the fruits of my labor. Once I saw that the Sonoff TH products supported the DS18B20, I knew exactly where I’d be using my first Sonoff TH. Up until now, I’d been using a project box that Pat designed and 3D-printed to house a Lerway 110V All-Purpose Temperature Controller and Sensor. Despite the fact it has worked out perfectly so far, I am simply unable to resist the temptation of adding my keezer to the Internet of Things—but not today, that’ll be a topic for the future!

Instead, I thought I’d set up a similar basic test of the Sonoff TH. I gathered up a few parts: my Bonavita Electric Kettle, a coffee mug, the Sonoff TH, the DS18B20 sensor, a 3-foot power extension cord, and my awesome novelty police light. I cut the 3-foot power extension in half and wired the severed ends into the Sonoff TH 16—I prefer this approach to what I did in my first Sonoff blog because it’s much more reusable and it doesn’t involve modifying any actual appliances. After that, I plugged in the DS18B20 temperature sensor from ITead, filled up one of my beer glasses with some room-temperature water and lowered the temperature probe in the beer glass. After some quick setting of temperature thresholds via the eWeLink app I used the hot water from my kettle and some ice water to alter the temperature in the beer glass enough to cause the Sonoff TH 16 to automatically turn the novelty light on and off.

The Sonoff TH will likely wind up being a superior solution for keeping my beers ice cold. It’s got a smaller footprint and it’s part of the Internet-of-Things which means I’ll be able to check the temperature from anywhere. Moreover, with some luck I can tinker with the Sonoff TH to the point where I could incorporate other automation like temperature-based alerts or the automation and scheduling of changing the temperatures during the fermentation stages of future beers. 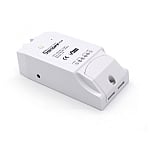 But wait, there’s more! This generation of Sonoff products also includes the Sonoff Pow (specs) which includes all the same WiFi remote control and home automation that the Sonoff TH features but also includes power-consumption features. If you’ve read some of my other blogs on computer builds, especially the DIY NAS builds, then you know one of the things I do with each new computer build is to hook it up to a Kill-a-Watt and see how much power it uses.

I like the Kill-a-Watt plenty, but it’s expensive enough that I wouldn’t buy multiples. It’s also inconvenient enough to use that I wouldn’t just permanently plug it in somewhere. ITEAD Studios is selling the Sonoff Pow (when they’re in stock) at just $10-11. That’s an incredibly reasonable price just for a WiFi switch. Being able to control an appliance remotely, plus also monitor and keep track of that appliance’s power consumption makes the Sonoff Pow a very compelling potential replacement for the Kill-a-Watt. 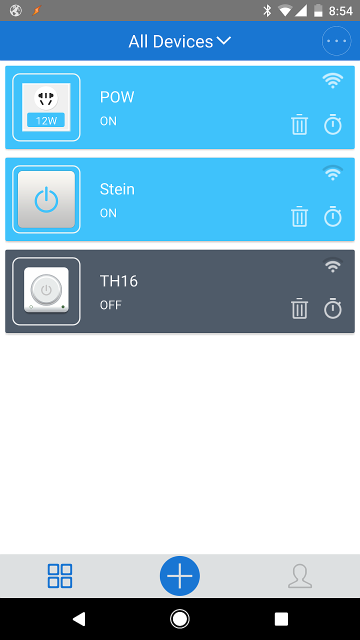 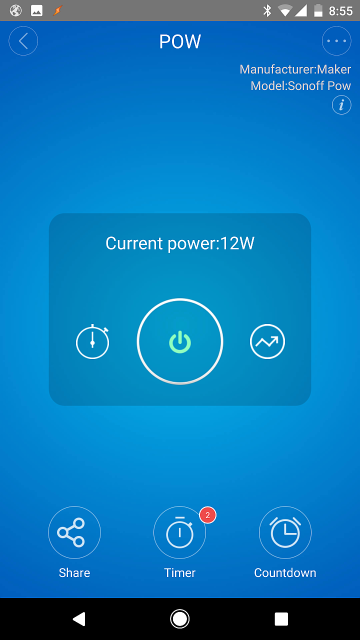 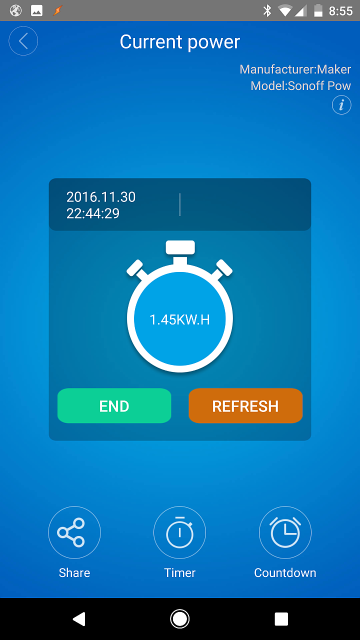 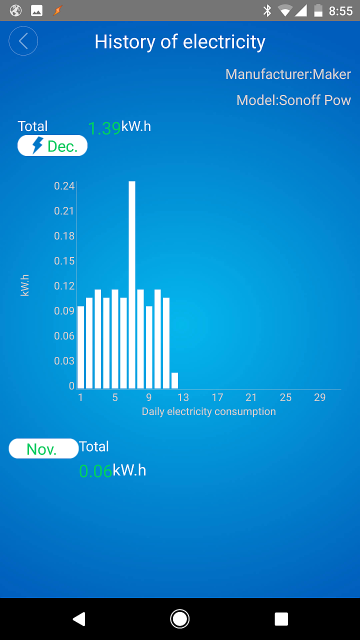 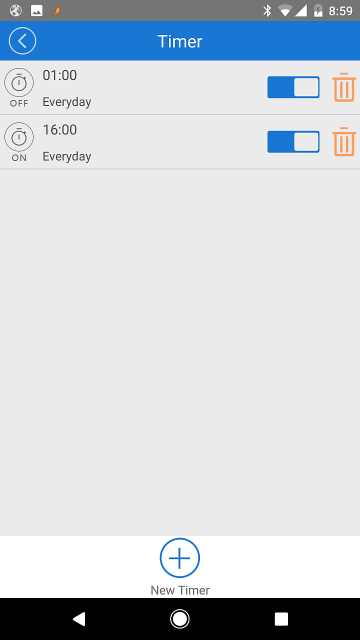 Hopefully there’s aftermarket firmware available for the Sonoff Pow which allow for incorporating power consumption into your home automation. Right off the top of my head, I think it’d be a neat option for allowances on electricity. On power-hungry appliances, you could define a daily budget and once that budget is used up, the power is cut to the appliance. In the same vein, some sort of “allowance” for children. You could award them with kilowatt-hours as they do chores, complete their homework, etc… That allowance could be used to power their gaming consoles and phone charges.

I was (and still am) pretty excited about the first generation of Sonoff devices. This new generation has simply furthered that excitement. I’m especially excited that the Sonoff TH can be applied so quickly to one of my other hobbies—beer brewing. I’m also pretty stoked that the Sonoff Pow is a potential Kill-a-Watt replacement that can help you remotely control an appliance and remotely monitor its power consumption.

About the only thing I found disappointing was that the physical footprint of the Sonoff TH/Pow has increased a little bit. But considering all the new features I found compelling, I think it’s beyond an acceptable trade-off. The third wire ground by itself justifies the bigger footprint. Especially when you consider that the Sonoff TH and Sonoff Pow are still smaller than things like the Wemo Wifi Switch.

The Sonoff TH 10 and TH 16 and the Sonoff Pow are both feature-laden and inexpensive WiFi switches. The Sonoff TH and Sonoff Pow are ideally suited to be in the hands of the burgeoning home-automation enthusiast. I’m really looking forward to replacing my temperature control on my keezer, plus I’m really interested in automating the temperatures of my fermentation station aka “The Brewterus”. What other sorts of home-automation tasks would you build around the Sonoff TH and Sonoff Pow? Share your ideas in the comments!