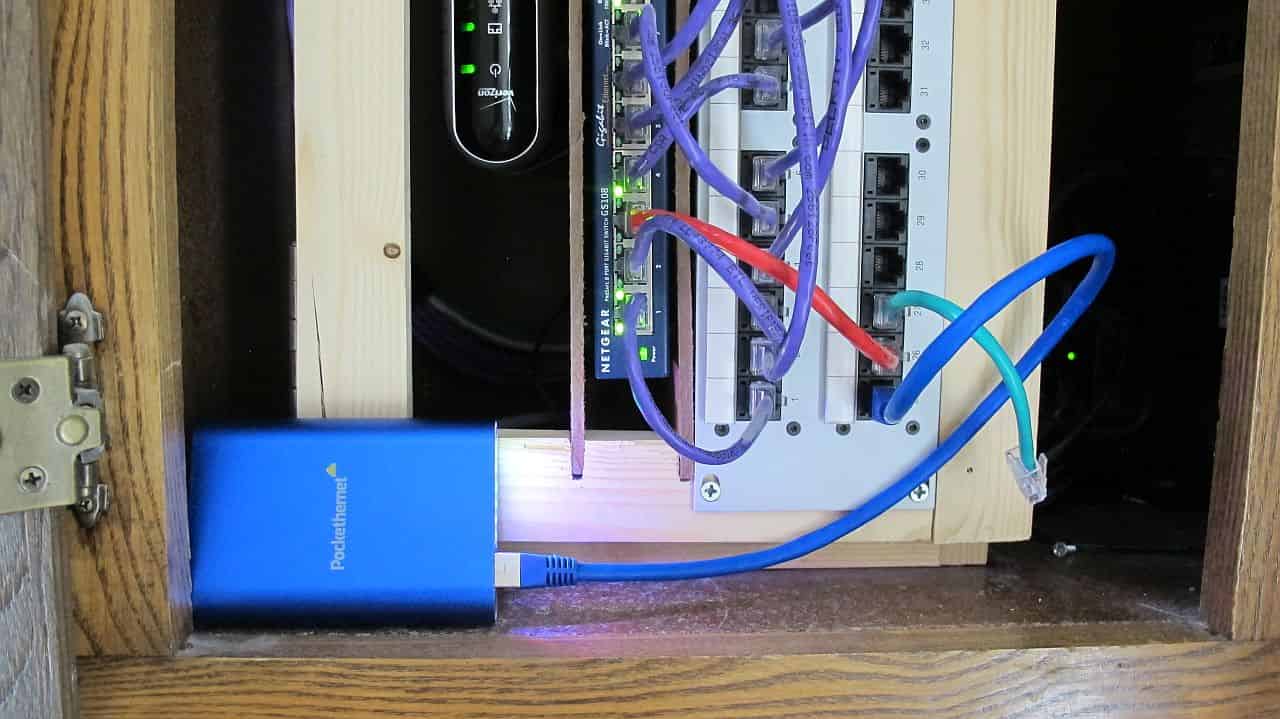 Just over a year ago, I finished up a project where I cabled a network across my entire house and within the last month I extended the network’s WiFi reach with a PoE Access Point. Early on in the My Network Cupboard project, we had a few little issues between getting the first few cable drops functional. Nothing tremendously serious, but it usually involved one of us having to repeat steps we’d already taken like re-punching down the cable on the patch panel or one of the CAT5e keystones an additional time. At one point I wondered out loud if we needed to buy some sort of network cable tester. Because my network is relatively simple, it was an easy process of elimination to figure out exactly what we’d done wrong and as we completed the dozen or so different drops, we got a bit more proficient. But in the process, we could’ve saved a few hours if we had a testing tool of some sort.

Right around the time we completed the project, I stumbled across a crowd-funded project on Indiegogo called Pockethernet. Pockethernet is a pocket-sized adapter which works over Bluetooth and an app on your phone (Android or iOS) while providing a litany of network testing functionality, most of which I didn’t understand at the time and probably still don’t! The best part of all? It was comparatively inexpensive to the other testers which provide the same functionality.

In reading the specifications, I knew that the following Pockethernet features would’ve helped us with each of the issues we encountered during the MyNetworkCupboard project:

I decided to contribute to the Pockethernet campaign on Indiegogo to receive a Pockethernet as soon as they were manufactured. I figured this would be helpful for future cabling endeavors at my house and an excellent candidate to carry around in my backpack. It paid dividends when we added a new Access Point to my network: we initially had issues when we punched down to the new drop on the patch panel. On top of that, we used the Pockethernet to validate each point of failure as we cabled up the access point’s proprietary power-over-Ethernet injector. Pockethernet even was able to detect and measure the voltage of that proprietary PoE injector.

In total, it took about a year for the Pockethernet team to deliver their first batch of products. I’m quickly learning through a number of crowd-funded endeavors that it can require a bit of patience before delivery. But waiting roughly a year for the Pockethernet was fine by me because it showed up exactly when I needed it again and it was everything that they described. 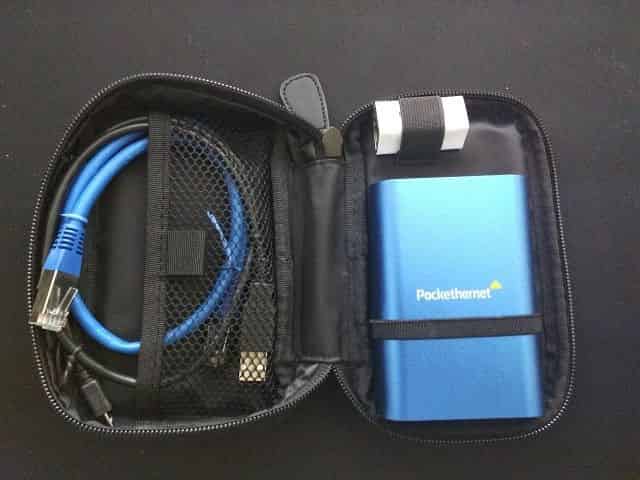 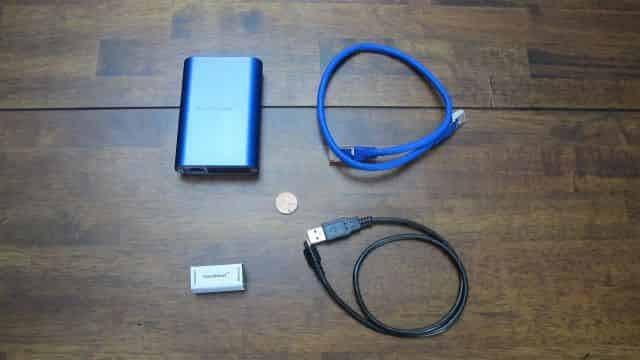 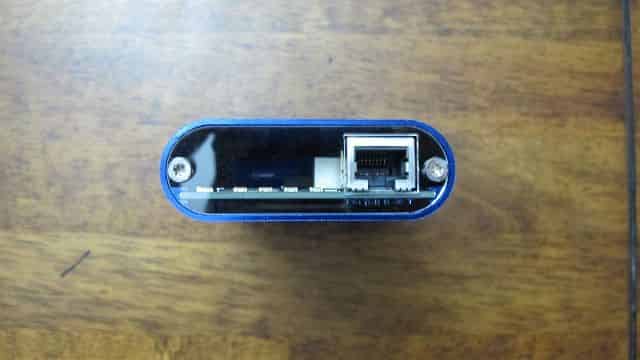 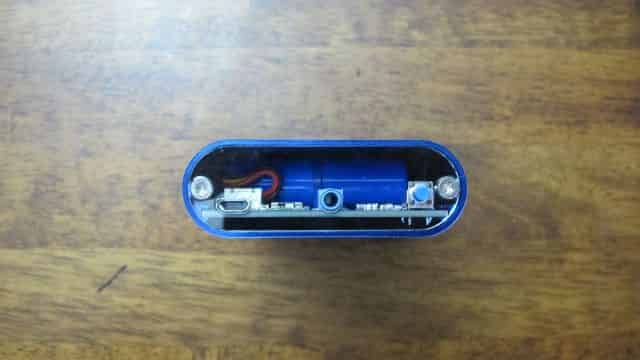 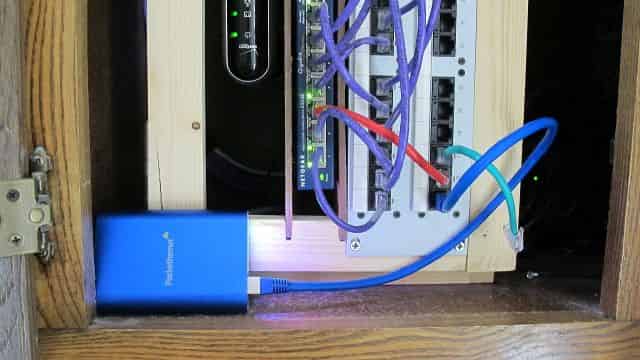 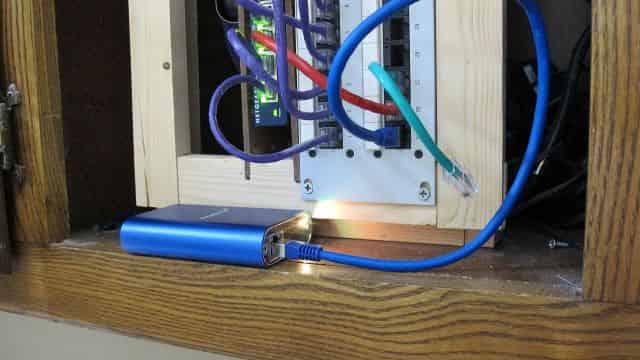 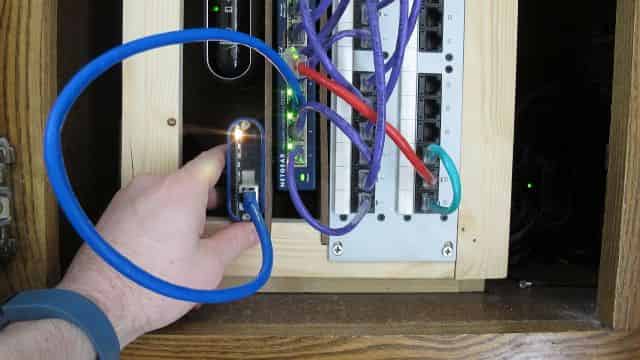 I especially liked that the Pockethernet is a Bluetooth device. In the times that I’ve used it, it’s been very convenient to hook it up where it needs to go then grab your phone to look at the Pockethernet app (Android/iOS). Especially if you have to rummage around behind something: it’s very nice to hook it up, retreat to somewhere more comfortable nearby, and then look at your phone/tablet. 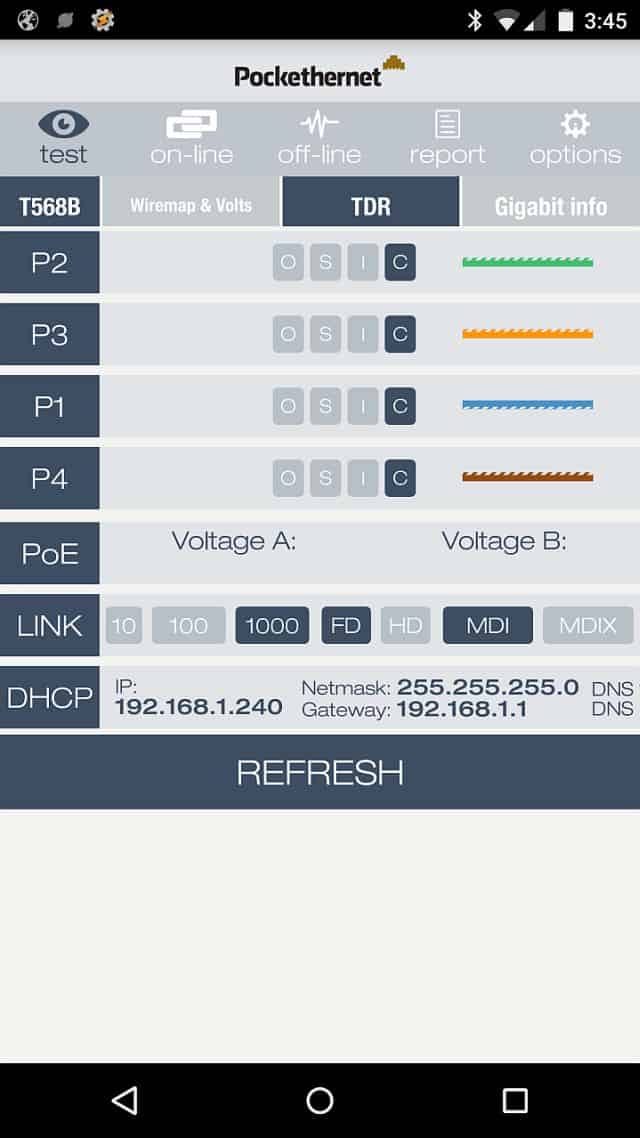 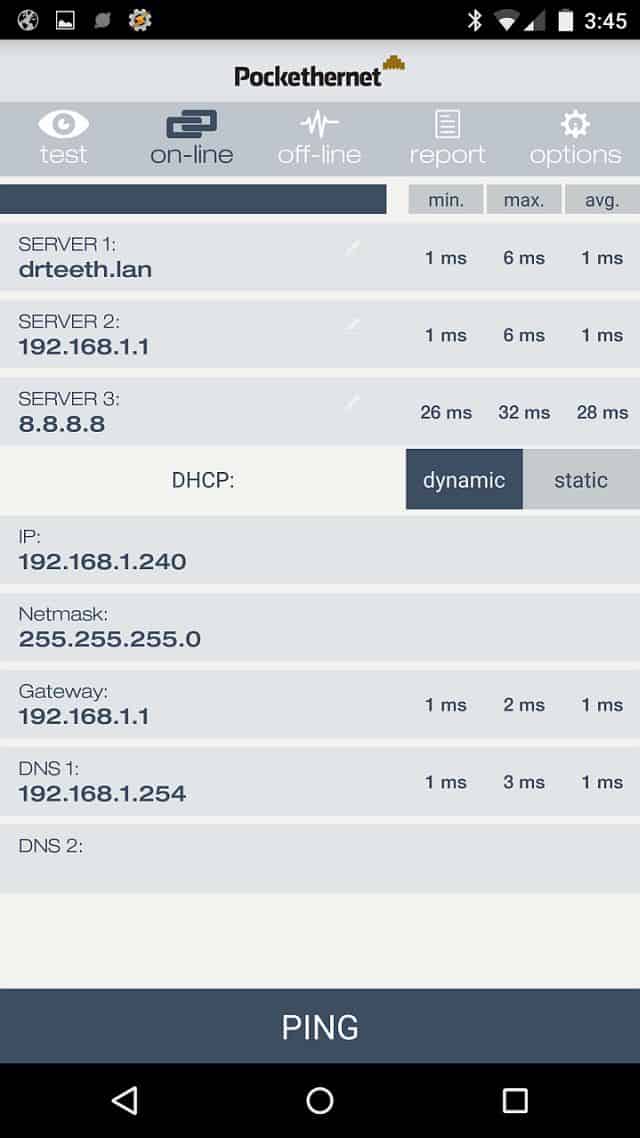 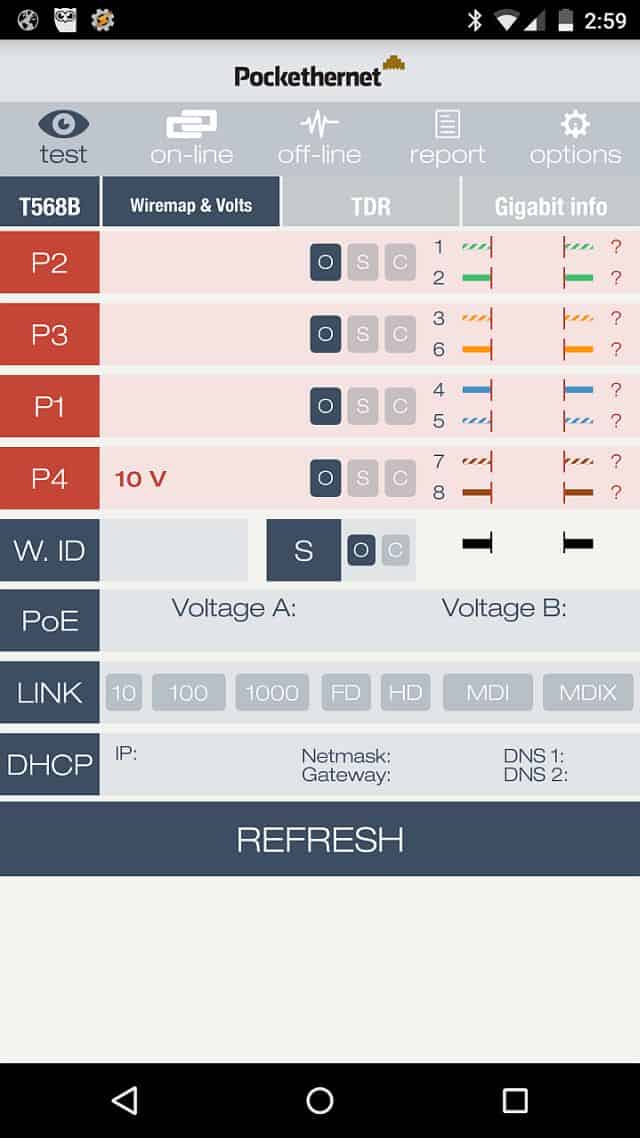 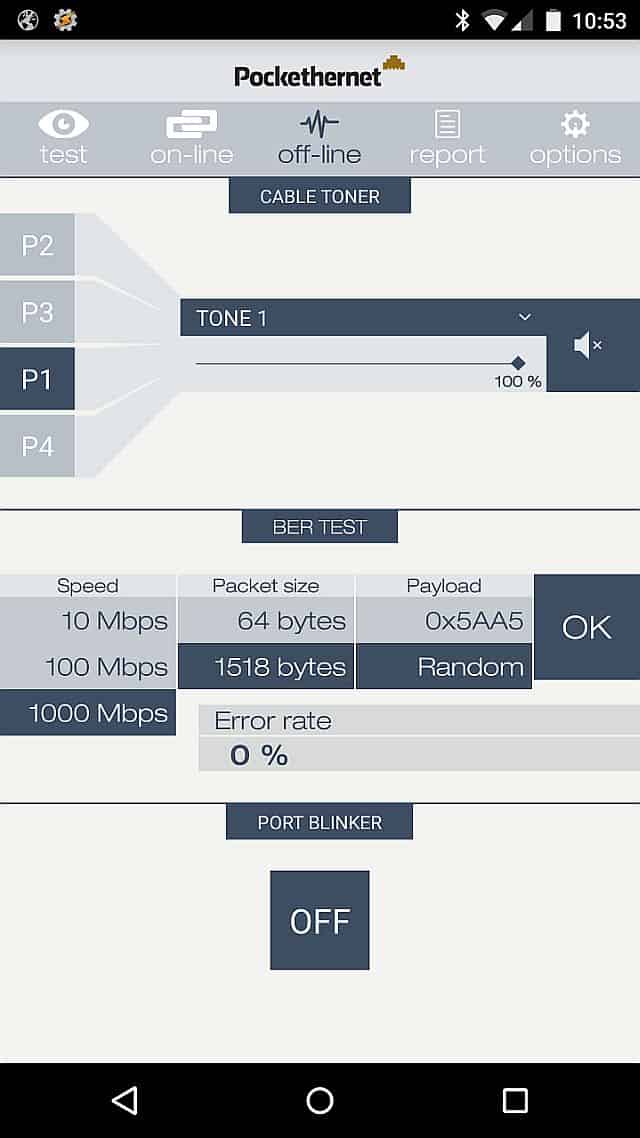 About my only “complaint” about the Pockethernet is that it seems to be designed for people who already know how to use similar tools. There was very little documentation that came with the Pockethernet and none of it really contained instructions on how to put it to use or described how to use all of the Pockethernet’s features. I thought I’d quickly write up how I used it in my project, just in case it helped a fellow neophyte!

I used this test to validate segments (and the totality) of cables that I punched down for my new acesss point. Because of how we cabled it up, there were many potential points of failure from the beginning to the end. And I also wanted to see if the Pockethernet would read the voltage of the proprietary power injector it used. 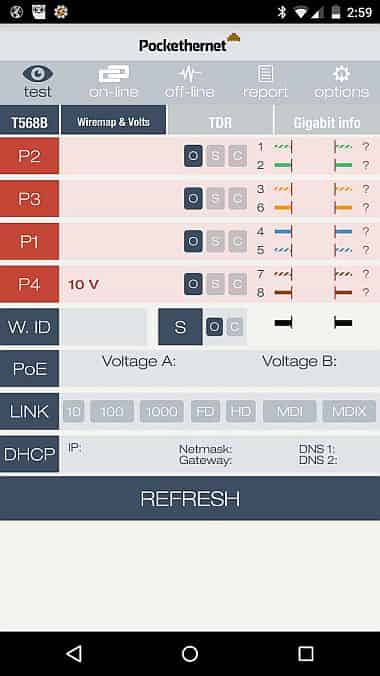 We used the Bit Error Rate (BER) test to make sure the cable was good and capable of doing gigabit. In the process of wiring up the new Access Point I also used the BER test to help determine if a problematic network cable was good or not.

I ran a few different iterations of the BER tests tinkering with the Packet Size and Payload options to make sure that all combinations of the 1000Mbps test came back with a 0% error rate. 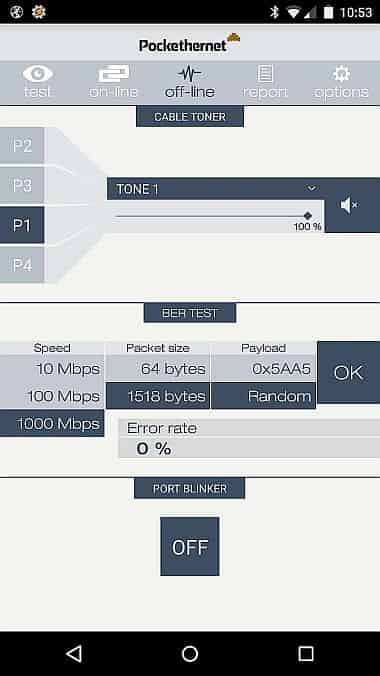 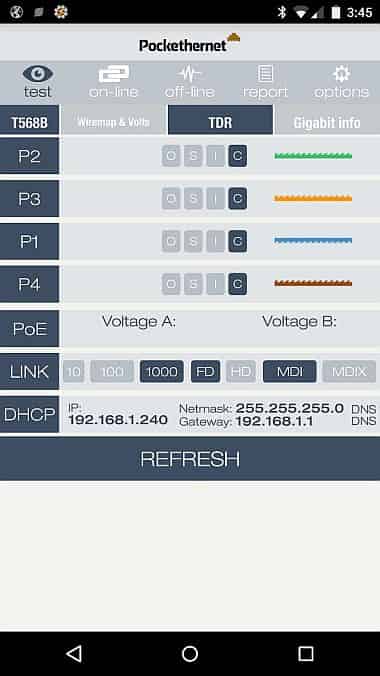 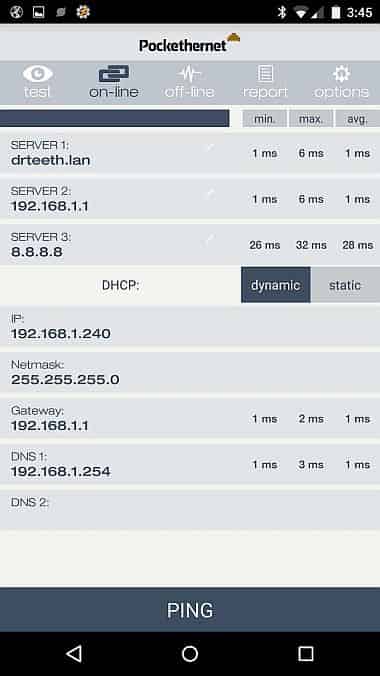 For what I was needing, Pockethernet was perfect. In fact, it’s probably too useful for my simple needs. But it’s a luxury to have such a nice piece of equipment for any kind of potential issues with my network at home. It was handy enough when wiring up my new access point that I certainly wished that I had found it and that it was available before I began my network project! It’s my understanding right now that you can’t buy your own Pockethernet yet, but it’s in the works. If you’re interested in buying one, there’s a Pockethernet newsletter that you can sign up for.