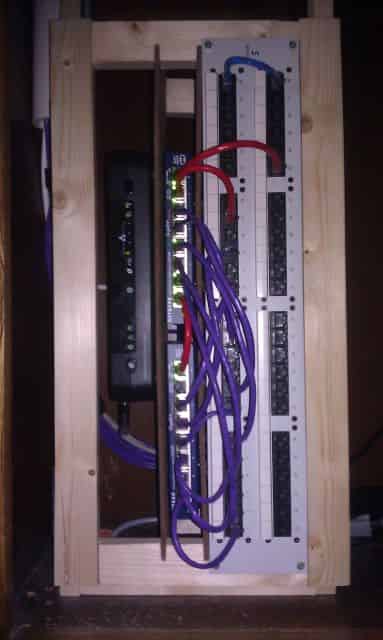 In the end we wound cabling 6 rooms in total; the laundry room where the cupboard is located, the den/office, each of the three bedrooms and the living room. We built out a miniature 19” rack in an empty cupboard and on that rack we installed; a 48 port patch panel that I purchased cheaply from eBay, two 8 port Netgear Gigabit switches, and we relocated the Verizon FiOS modem inside the cupboard. Built into the cupboard is room for some future growth. Two of the ports on the Netgear switches are empty, three of the 10/100 ports on the Verizon FiOS modem are open and there are literally dozens of empty ports on the patch panel.

With this project, there was a little bit of “design-on-the-fly”, as I scaled things back a bit. I pared down the number of rooms to cable by deciding not to run cable in to the other rooms in the house. The more work I did cabling rooms, the more I realized that myself and future owners of the house would never have any need for a data connection in those rooms. We didn’t just pare down though, we wound up building a much more robust and functional “rack” inside the cupboard than I had originally planned. Plus, we wound up solving a sloppy installation by Verizon when we relocated the FiOS modem.

What I’d do Differently

For the most part, I am pretty regret-free on the project; the finished product turned out really well. But given the chance to do it all over again I would make a couple changes. Firstly, I would have moved the FiOS modem as the first step. We wound up having a hard time mounting the modem to the pegboard at the very end because the cupboard was getting pretty full by the time we finished the project. Secondly, the rack we built should have been built a little wider to spread out the pieces of the pegboard from the patch panel by another fraction of an inch. Lastly, I would have been a bit less vigorous in cutting a hole in the wall for the junction box on the one jack behind the TV I did punch through the other side of the wall.

I would not have been able to do this without the help of two people. Firstly, my darling wife basically gave me a blank check in completing the project, both in regards to the purchase of tools and equipment, and then she wound up being infinitely patient the past couple months on the days we spent working on it. I’m not sure that I would be able to exhibit the same patience in her shoes. Secondly, many thanks should be expressed to my friend Pat. Pat donated all of the CAT5e cable that now snakes throughout the house. Additionally, Pat was an extra set of hands and even more importantly an extra brain. Without Pat’s help, the project would have been much smaller and not nearly as brag-worthy as it turned out. I would probably still be up in the attic today tangled up in loose cable and in danger of falling through the ceiling. I look forward to buying Pat some more pizza and helping him with the upcoming projects at his own home. 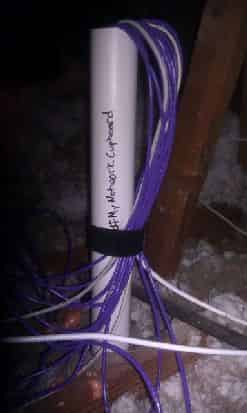 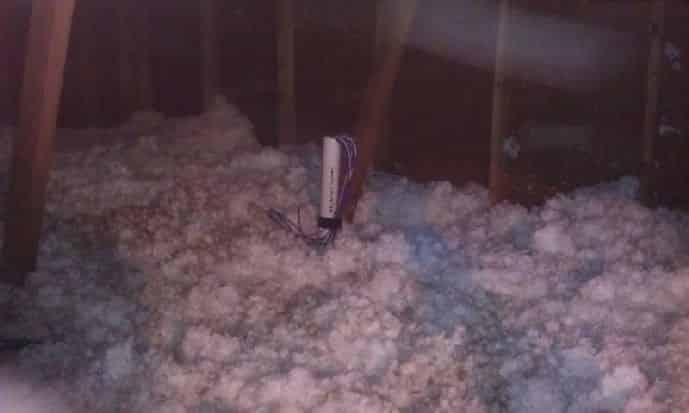 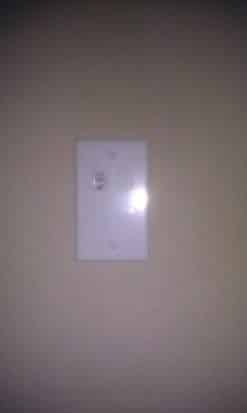 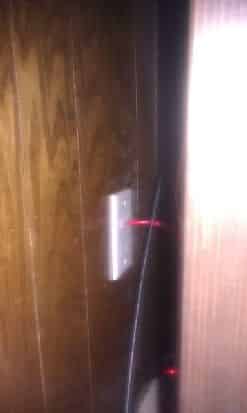 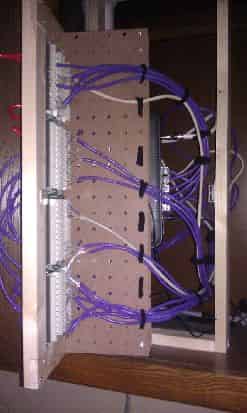 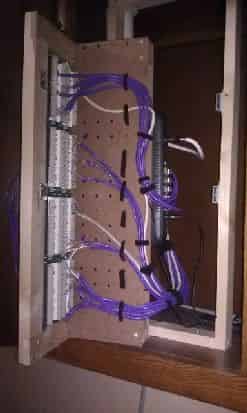 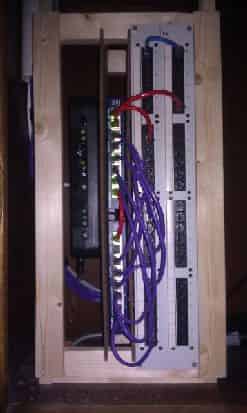 This was a fun, inexpensive, and simple (yet challenging) project to do on our own. Even if you do not own a lot of tools, the necessary tools are relatively inexpensive. Originally, I set out to move the WiFi access point to a more centralized location. That wound up expanding to also wiring up all of the rooms where computing might happen. I am pretty certain that this investment of sweat equity has added some value to our home, and more importantly, the functionality of the network is going to enable me to do interesting things like streaming video over the network. All things considered, this project was a success in my books. For those of you unhappy with the WiFi coverage in your houses, wanting a faster, more stable connection for gaming consoles, interested in streaming high-quality video to your televisions, or interested in turning a spare bedroom into an office then I would recommend starting a similar project of your own.