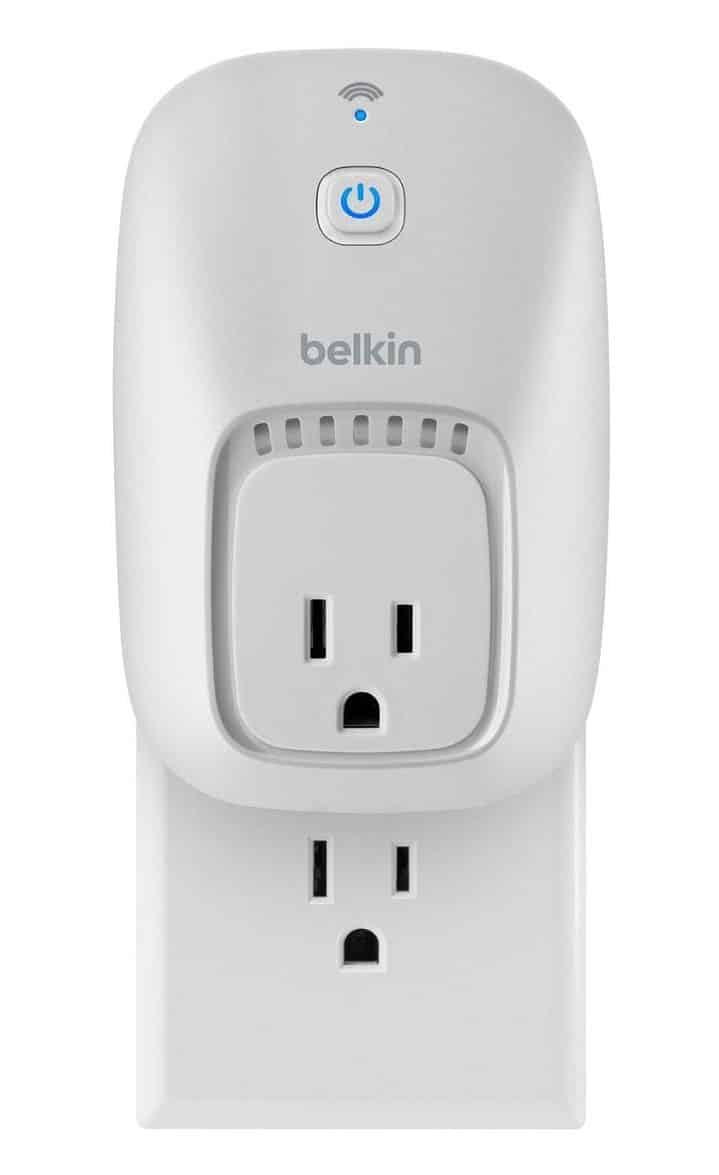 Home automation has been an interesting topic to me for quite some time, but to be honest I’ve found it to be a little too expensive and too proprietary the past 5-10 years. Primarily my interest was originally piqued by X10 and more recently with technologies like Z-wave, Insteon, and others. But I’ve always had the same complaint; these standards seem closed off and the equipment has been too expensive for my tastes. In looking at a comparison of the popular home automation protocols, one of my early worries is still valid; even today it seems to be a very closed off and segmented set of products out there.

I recently extended my house’s WiFi with a new AP and in the comments about that topic on the blog’s Facebook page a reader asked about the ability to remote power-cycle my new access point, which I can’t. It wasn’t necessarily a feature that I cared for much or that I needed, but I was intrigued about the possibility and wondering how much it’d cost to add on. While I didn’t need it to power-cycle my network equipment, I did have a use for controlling at least one or two outlets in the house.

We recently switched out a failing ceiling fan in the office (our den), which had incandescent sockets and really bright CFL bulbs in it. All of our CFL bulbs in the house have a color temperature 6500k, a very bright white. Our new ceiling fan that we wound up replacing it with only had small halogen bulbs, which were very yellow and didn’t match our other lighting at all. I decided that I’d buy a new floor lamp and a bright 150w equivalent CFL bulb to use in instead of the light on the new fan. Because the plan was to tuck this new lamp behind the far corner of my desk, I knew I was going to have problems reaching the switch. If I couldn’t reach the lamp, how would I turn it on? With home automation, of course!

After some thought on the matter, I considered what my needs were. So far, I’d only thought of the one really beneficial home automation task. I certainly had lots of other potential ideas for home automation, but only this one idea seemed to provide immediate and demonstrable benefits. Because of that, I decided I’d stick my proverbial toe in the waters and see what home automation was like. In this particular case, a “smart” outlet of some sort would be all that I needed. In evaluating different products, here’s what I used as my criteria.

Ultimately, what I wound up deciding on is the WeMo switch from Belkin. In my research, I found two products on the Google Play store which would act as Tasker plug-ins: WeMo Way and WeMoManager. In addition to working with Tasker, both of these apps had the ability to control the WeMo Switch from within the app, or I could use the Belkin WeMo app to control the switch. The switch was self-contained, meaning there wasn’t any other devices/controllers that I needed to purchase. And from the user manual the setup seemed incredibly easy.

For demonstration purposes, I grabbed a small table and my beloved beer-stein lamp and set it up somewhere easier to photograph. I started off simple: I downloaded the Belkin WeMo app on my phone, plugged in the WeMo Switch and plugged the lamp into the switch. To set the device up, you connect your phone to its WiFi and then use the app to connect the WeMo Switch to your WiFi network. Within the app from Belkin there are some options for the different kind of rules that you can use to do automation with the various WeMo devices. However, I had other things in mind when it came to the actual automation.

Early on, my plan was to fully automate the operation of this light using only Tasker and the WeMo switch’s built-in functionality. But because of some issues (mostly on my end) with how I have Tasker configured and after some additional consideration, I decided this wasn’t the best approach. While my Nexus 6 is practically always nearby, I’m guessing there are going to be times when it’s not handy or not functional enough to handle this automation. You can call me lazy, but a goal of mine is to never have to manually flip any switch for this lamp.

After doing some research, I decided I’d use IFTTT’s (If This Then That) service for my automation; I’ve been a fan of IFTTT for quite a long time, I started using it quite a while ago to automate other functions and I really liked how it’s set up and easy to understand. Plus, it’s very encouraging that manufacturers like Belkin have added channels within IFTTT in order to manipulate their devices. My hope is that IFTTT, or something similar, can bridge the gap between all the different home automation standards and will allow me to have a hodge podge of equipment automated at the house. It’s worth pointing out that IFTTT is useful well beyond home automation. I highly suggest signing up and checking it out.

Here’s how I wanted to automate the lamp:

I accomplished each of these tasks using IFTTT and combining it with Tasker. The first three tasks were very easy on IFTTT, naturally they had time-based triggers that you can use. Additionally, they have a set of Weather-related channels, one of which is sunset. I combined each of these with the appropriate actions to turn on/off my WeMo switch. In Tasker I have a “Home” profile which gets triggered when my WiFi network is detected. When that network is detected a number of steps happen, so my new WeMo step was going to get included in the Entry and Exit steps of this profile. IFTTT has an SMS event, you’re assigned a phone number and IFTTT recipes can be executed based off text messages to that unique number from your configured phone number. I use Google Voice and Google Hangouts, the combo of which can support sending SMS messages. Using a Tasker/Locale plug-in, Locale GV SMS Plugin, I created entry and exit tasks to send a text message to the IFTTT phone number with certain content and then created recipes looking for that content to both turn the light on and turn the light off. This means I can manipulate the light from anywhere that I can send an SMS from my Google Voice number, regardless if my phone is nearby. 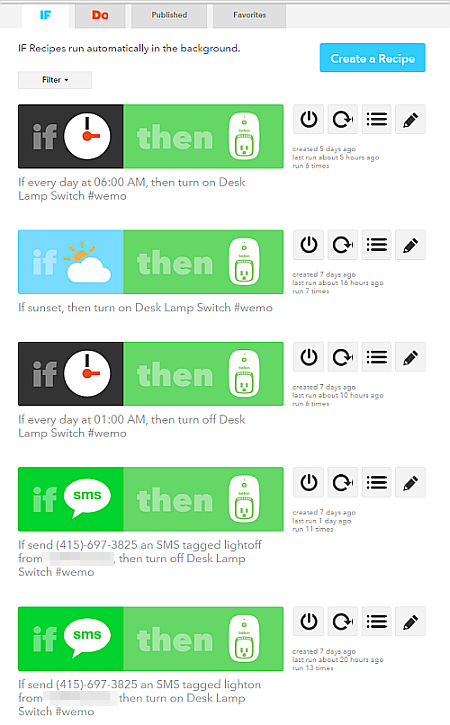 There are a couple drawbacks with this approach:

I’m not worried about IFTTT disappearing, but I do have a tiny amount of concern regarding whether their service will always be free like it is now. Similarly, I’d be worried that the hardware manufacturers like Belkin might have a squabble and pull their functionality from the site. The third concern is a bit of a bigger one and I’m hoping that I’ve taken a workable approach. My wife, Julia, isn’t as picky as the office being as bright as I am, so I’m betting she’s never going to mind that it’s off. I put Belkin’s WeMo app on her phone and cofirmed she has the ability to manipulate the WeMo switch from the app. If that is too inconvenient of a solution then I can look at getting her set up with her own IFTTT account, a copy of Tasker, and set up some similar automation as what’s on my phone.

Addressing the last drawback brought up just about the only aspect of the WeMo switch that I’m not a fan of; security. Essentially, anyone who has joined my WiFi network at home (either with or without my permission) has the option of downloading the WeMo app and taking over any of the WeMo devices within my WiFi’s reach. This too me, feels like a security hole that Belkin should be interested in closing. I can’t really understand why someone would want to hack my lamp and if they did, I imagine that the novelty would wear off pretty quickly. Because of that, I’m not really all that concerned with the possibility but it’ll definitely be something I consider before adding any more WeMo switches at the house.

First of all, I really like the WeMo switch; it was exactly what I needed to figure out how I felt about a deeper dive into Home Automation. I especially appreciated the simplicity of setting up and automating the WeMo switch; it literally took me about 15-20 minutes to have it all working. However, given the price of their products, depending on how much home automation I’d want to do, it’d start to get expensive quickly if I wanted to be completely WeMo-loyal.

I’m still on the fence about home automation. I’m tempted to start buying additional hardware like light switches, motion sensors, and other doodads and completely automate a number of functions in my home. But I’m a little fuzzy what my next automation project would even be. It’s a bit hard thinking of a task that would provide as much benefit as this one. In my mind, I can think of maybe 1-2 more outlets I wouldn’t mind being automated. Perhaps my greatest need would be a way to manage my WiFi thermostat, but I don’t think there’s an automation feature within the thermostat itself so I’d have to build my own from scratch. Based off of where I’m at right now, my next decision would be to pick a home automation standard and start looking for a good package deal to buy a few pieces of hardware. That being said, I’ll probably never stop using this WeMo switch. If all you want to do is automate a single outlet or two, I think it’s a great product. 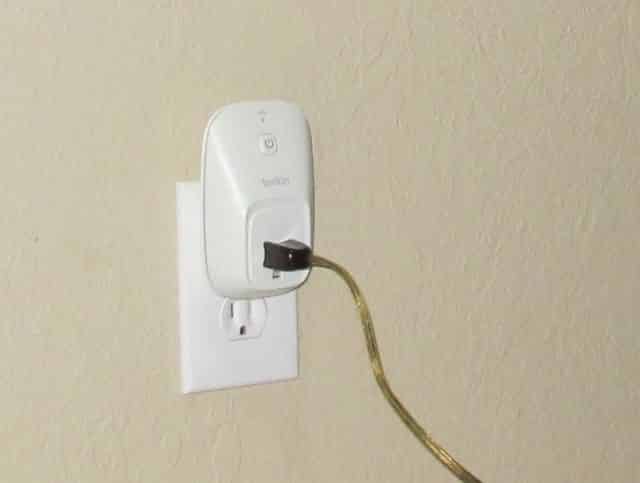 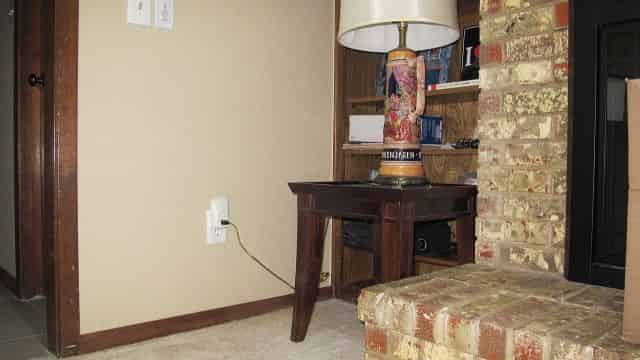 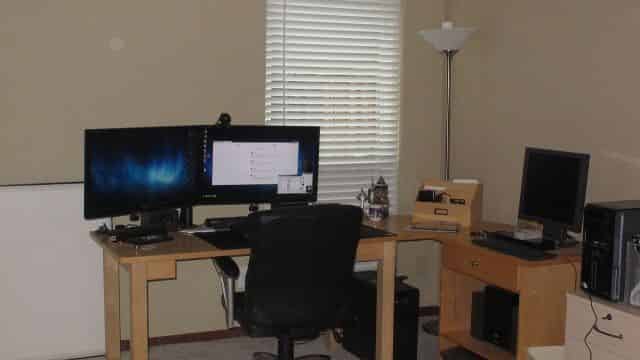 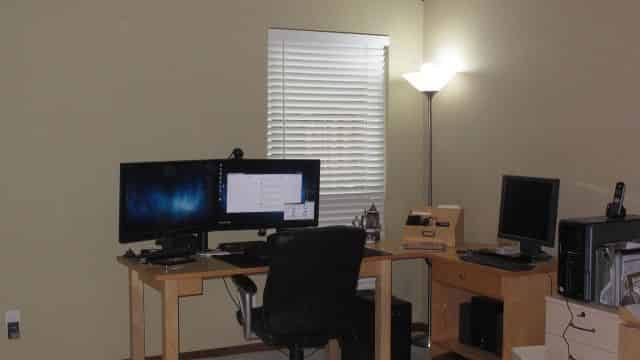 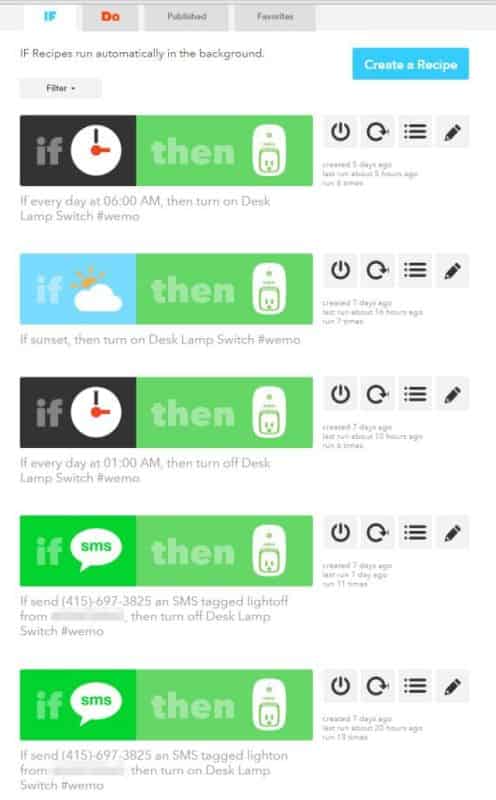