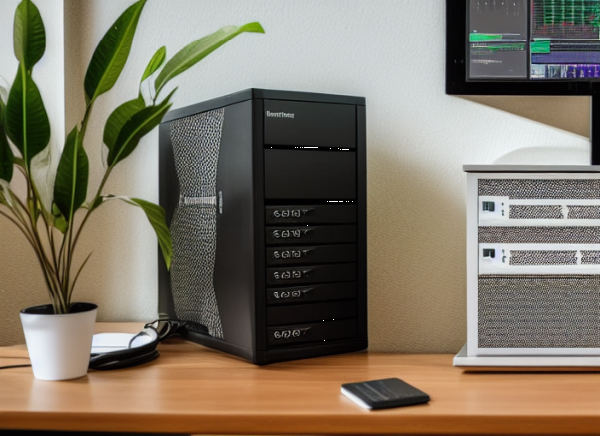 Each year, I like to write a blog—and hopefully build—two different NAS builds for two different budget points. Firstly, a powerful, small, form factor NAS that would meet all of my storage and other homelab needs. And secondly, the EconoNAS: a budget-friendly NAS build that outperforms off-the-shelf NAS products.

The EconoNAS has always intended to act as a template for other budget-friendly DIY NAS builders, which is more capable and has a more attractive price tag than the off-the-shelf NAS products.

Building a budget-friendly NAS in this economy is a challenge!

At several points in 2022, I’ve said to myself “I’m going pick out parts for the DIY NAS: EconoNAS 2022!” I started shopping online, compared it to the previous EconoNAS, became disappointed, and decided to set the entire build aside to work on a later day. 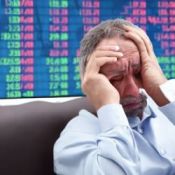 A number of factors exist today that continue to make an EconoNAS difficult to come up with. Corporate greed, inflation, a lack of new product offerings from Intel/AMD, supply chain disruptions, and the lingering impacts of COVID-19 have all worked against the concept of building an economical NAS which is unique from the prior year.

Each and every time I worked on picking out parts, I realized I was basically just rebuilding the DIY NAS: EconoNAS 2020 over and over again.

The last EconoNAS was one of my favorite NAS builds, but it was not perfect! My biggest complaint about the DIY NAS: EconoNAS 2020 was its price tag. Since publishing it 18 months ago, many of the components’ prices have steadily climbed to the point where I feel it at the border of no longer being economical.

The DIY NAS: EconoNAS 2020 might have been expensive, but it was quite capable. It was hands down the most capable EconoNAS that I have ever come up with. Even though it is quite expensive, its capability makes it a really good value.

Ultimately, I decided to take last year’s EconoNAS and reimagine it by focusing on making it as economical as possible.

Disclaimer: Just like last year, I did not actually build this myself. I’ve done everything else in my power to crosscheck the compatibility of these parts. If I were building an additional NAS, I would not hesitate to buy all of these parts myself. Hopefully somebody can share their experience building something similar down in the comments below! 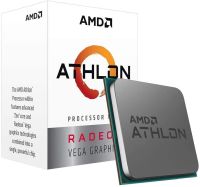 Since the Athlon 3000G’s initial release, AMD has yet to release another AM4 CPU which seems equally (or better) suited for an economical NAS build. I was a little disappointed that AMD’s latest CPU release did not include a comparable inexpensive dual core and four thread CPU with a reasonably low thermal design power (TDP).

So just like last year, this year’s EconoNAS is built around the AMD Athlon 3000G CPU. Among the Athlon 3000G’s specifications, these are the specifications that I think make it well suited for an economical NAS: 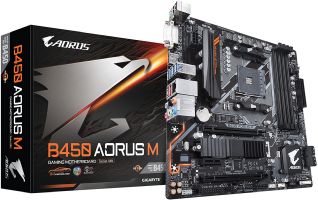 The product listing for the Gigabyte Aorus M (specs) has hovered right around $100—right near where its price sat at the end of 2020. As I worked on this blog, I saw the price go down as low as $79.99. Combined with its price, this motherboard’s specifications still make it ideal for the EconoNAS:

In the previous EconoNAS build, I chose to get 32GB of DDR4 RAM. This choice was quite extravagant for a budget-friendly build. The focus for this year’s EconoNAS is budget, so I decided to trim the amount of memory.

At first, I was tempted to go with 8GB of RAM because that’s more than enough to meet the minimum requirements of the TrueNAS products, OpenMediaVault, and UNRAID alike. However, more RAM in a NAS is beneficial enough that picking a 16GB kit (2x8GB) of Crucial DDR4 2666MHz RAM (specs) seemed like a good value. 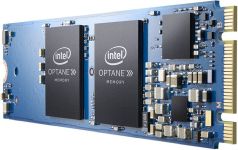 When it comes to being economical, picking out a boot drive can be especially difficult. Especially when many NAS products use the entire boot drive’s capacity. Higher-capacity NVMe and 2.5” SATA SSDs are the best value (dollars per GB), but much of that potential value is wasted if the entire drive is consumed by the NAS distribution. There are many viable options; here are my two favorites:

The second option is a bit more complicated and often not recommended (or supported) by the NAS products. So for this year’s EconoNAS, I opted to go with the first option and selected a 16GB Intel Optane NVMe SSD (specs). At a little over $1/Gb it is not a tremendous value, but the capacity is sufficient for its purpose, it is relatively inexpensive, is high performance, and it frees up a SATA port and drive bay. 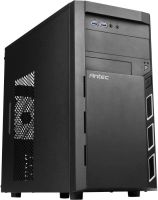 As far as value goes, it’s hard to beat the case used in last year’s EconoNAS, the Fractal Design Node 804. It is a fantastic case and at the time it was selling for a fantastic price. To save some money in this year’s EconoNAS, I opted to go with the Antec VSK3000 Elite (specs), which is almost half the price of the last EconoNAS’s case.

With an inexpensive 5.25” to 3.5” drive adapter you can fit up to five 3.5-inch hard drives, a Micro-ATX (or Mini-ITX) motherboard, and an ATX power supply in this case. It’s a fairly small-ish form factor case from a reputable brand which helps make it ideal for this budget-friendly DIY NAS build.

For the power supply, I searched around a bit for an inexpensive 80 Plus-certified power supply that seemed to be well reviewed and found the Enermax Cyberbron 500W (specs). 500W should be an ample amount of power to supply to the CPU, up to five 3.5” HDDs, and the rest of the components in the parts list.


What about Storage Drives?

The particulars of storage are really quite specific to the needs of the DIY NAS builder. As a result, I haven’t been including storage drives in my build suggestions. I do have a couple suggestions which I think will help you in choosing your storage media:

The answers to these questions should help point you toward the total capacity of your NAS, the level of hardware redundancy you’ll want to have within your NAS, and hopefully help you realize that you’ll likely need a way to potentially back up the contents of your NAS if you really care about your data.

All that being said, here are few decent deals on hard drives that could go well with the DIY NAS: EconoNAS 2022:

If you’re looking for HDD deals, you can join the #deals channel in the Butter, What?! Discord server. I and others regularly share good deals in this channel that we find elsewhere.

Another change I’d make in the 2022 EconoNAS is to change which TrueNAS product is in use. For this build, I would highly recommend TrueNAS SCALE. There’s a lot of reasons to like TrueNAS SCALE, but above all others I think that the fact that TrueNAS SCALE is built atop Debian makes it ideal for an Economical NAS build. The hardware support for consumer-grade hardware is much better in Debian that it would be under FreeBSD (used by TrueNAS CORE).

All that being said, I fully expect that TrueNAS SCALE is more than capable of saturating the gigabit network interface found on the motherboard.

What does Brian think of this 2022’s EconoNAS?

At its roots, the DIY NAS: EconoNAS 2022 started out as a carbon copy of the last EconoNAS. This time around, I put an emphasis on shaving dollars off the price tag. I’m a tiny bit disappointed that I ended up recycling old material and I’m also a bit disappointed that this EconoNAS can only accommodate five 3.5” hard drives.

Everything that I was excited about for the prior EconoNAS is still valid. Thanks to the AM4 socket and an up-to-date BIOS, there’s a ton of room for CPU upgrades. The two empty DIMM slots mean that RAM upgrades are possible too. The empty PCI-e slots mean that a 10Gb NIC, an HBA to support more HDDs, and potentially a GPU could be added to make this economical NAS even more powerful.

Most importantly, I’m excited that I managed to shave more than $275 (41%) off the price of the prior EconoNAS. My goal with every EconoNAS is to build something—storage included—that is $500 or less. You could buy three refurbished 4TB HGST enterprise drives with the $125 left over. A 4TB-12TB, 5-bay NAS, with lots of room for future upgrades for under $500 seems like a great deal to me.

I always worry that I might be a bit biased, so I spent a couple hours digging around the Internet looking at off-the-shelf NAS products. I searched for NAS machines with 5 drive bays and also for NAS products that are less than $400. Here’s what I found: 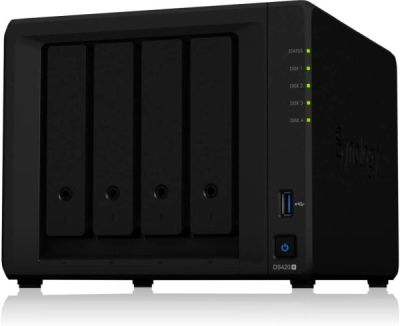 The 5-bay NAS products that I found were all considerably more expensive than this EconoNAS. But many of them also included premium features like 10GbE or 2.5GbE network interfaces. Considering how easy it is to build an inexpensive 10GbE network, I don’t think those features justify their hefty price premiums. The majority of these more expensive NAS machines also failed to measure up to the AMD Athlon 3000G and 16GB of DDR4 RAM in the EconoNAS. Comparing this EconoNAS build to the products that were a similar price ($300—400) wasn’t even a fair fight. All of these machines had four (or fewer) drive bays, meager CPUs, and a fraction of the RAM.

In my opinion, off-the-shelf NAS machines’ only two benefits not accounted for in the EconoNAS are product support and hot-swap drive bays. As infrequently as you’ll need to swap HDDs, I think this a NAS’s most overrated feature. I think there’s definitely value in having a product support team to contact if you have questions, but that value diminishes pretty quickly if you’re willing to type the same question you’d ask into Google and read through the results that come back.

But enough of what I think! How much would you expect to be charged for a NAS with the following specifications?

If you were building it yourself, what improvement would you want to make on the DIY NAS: EconoNAS 2022? A bigger case? A more powerful CPU? What about more RAM? The biggest advantage of a DIY solution is that you get to make these decisions on your own rather than let a company make that decision for you.

Let me know what you think in the comments below or come share your opinion in the #diynas-and-homelab channel in our Discord server!