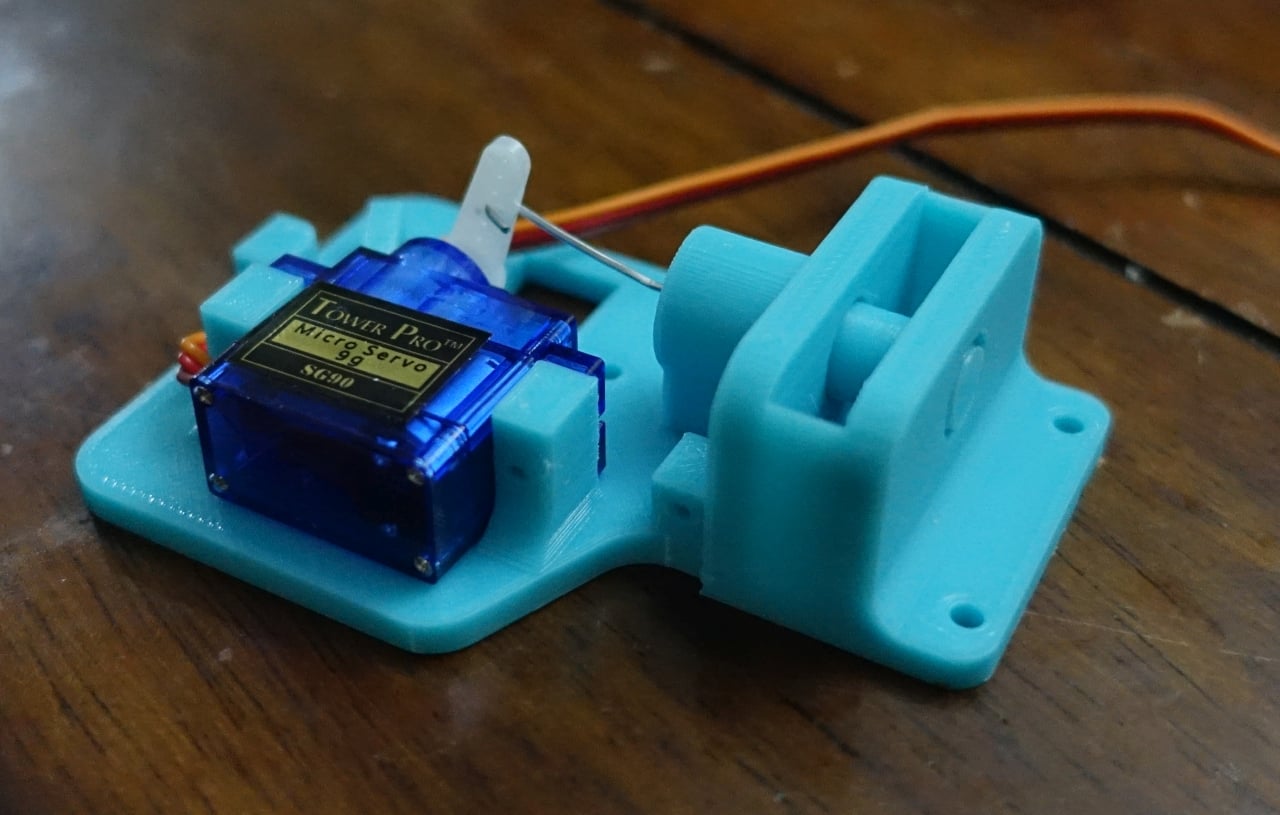 Due to my curiosity in drones, I built a DIY 450mm quadcopter at our local makerspace, TheLab.ms. I didn’t really have a clear objective when I got into drones, but one of the things I’ve been interested in is doing some aerial photography. While I still would like to do some aerial photography, lately I’ve been a bit distracted by first-person-view piloting (FPV) and haven’t gotten around to buying the necessary remote-controlled gimbals to hook up to my GoPro HERO3 yet.

One day a couple weeks ago, our friend Alex said he had some spare servos from another vehicle and wanted to know if I was interested in a 3D-printed drone drop-release mechanism. At first I was hesitant, since it included adding gear to my 450mm quadcopter that could potentially preclude me from adding the camera gimbals. But after about five minutes of thinking of the kinds of shenanigans that I could potentially get into dropping things from my quadcopter, I quickly changed my mind!

Because I had plenty of spare channels on my Taranis X9D Plus transmitter and receiver, adding the payload-release mechanism wound up being rather inexpensive in terms of parts cost. Here are the parts that I wound up buying and/or making:

Because the SG90 micro servo is physically 10% bigger than the servo used in the drone drop release mechanism on Thingiverse, I wound up using my slicer to scale it up by 10% before I used my 3D printer in order to print it. We used super glue to hold the servo in place inside the release mechanism. We put the appropriate gear on the servo and used the paper-clip to attach the gear to the release pin.

We wired the servo up to my FrSky transmitter, mapped a channel to it in Betaflight, and tested out to watch the release pin work. Having seen it work, I used superglue to put my customized cover. Because I wanted to be able to easily add and remove the drop mechanism, I used sticky-backed Velcro tape to affix the mechanism to the bottom of the quadcopter. My hope is that in the future, when I add camera gimbals, I can swap between the drop mechanism and camera gimbals without too much difficulty.

Lastly, I capped it all off with an assortment of rubber bands, miscellaneous key rings, and these fantastic leather pouches that Tinkers Leather made for me. This assortment of gear has been used to secure my different payloads to the bottom of my 450mm quadcopter. 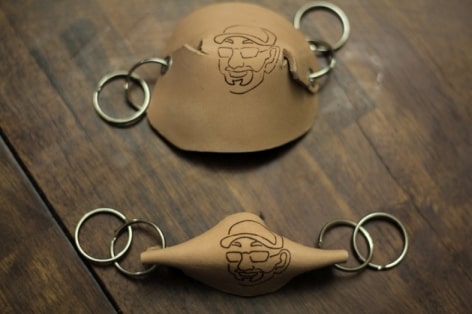 Dropping All the Things!

Over the course of the next two or three times we went out flying, we dropped a great number of things from my DIY 450mm quadcopter: a whole division of toy paratroopers, a number of water bottles that we found littered at our favorite parks (which we cleaned up, naturally), a wooden stake from some sort of temporary fencing, and lastly, we dropped drones from my drone!

I picked up an entire division of toy paratroopers and dropped them from the quadcopter first. Winding their parachutes tightly sure wound up causing for exciting (and likely fatal) attempts early on. Several paratroopers hit the ground without their parachutes opening up at all. At the time, we were just using rubber bands and a keyring, which led to it being a bit tricky to perfectly drop the paratroopers.

Our favorite park has a few water fountains and even more litterbugs. Due to the latter, we were able to find a plethora of old plastic bottles and caps. We cleaned up quite a few bottles before we were able to find a couple different ones with their lids intact. At a nearby water fountain, we filled the bottles full of water, flew to great heights above the parking lots, and then dropped the bottles. When we were done enjoying the resulting watery explosion, we cleaned the bits of the water bottle up—this is my kind of community service!

On one attempt, we even captured a slow-motion video of the water bottle’s descent and untimely demise.

This is probably my favorite of all the things we’ve dropped from my DIY 450mm quadcopter. In scavenging for intact water bottles, one of us found a wooden stake. The stake was probably about ¾” around, mostly straight, and nearly six feet tall. Unfortunately, we didn’t seem to have any way to fasten it to the quadcopter’s drop mechanism. Thankfully, someone recalled having a bungee cord in his trunk. We wrapped one end around towards one end of the stake and knotted it tightly and the other end of the bungee cord we put around the release pin of the drop mechanism.

Once the stake was released, the weighted end with the bungee cord pointed down, and the stake plummeted towards the ground. It hit the ground with such velocity that it stuck from the ground nearly perpendicular and certainly entertained those of us in attendance.

Most recently, we decided to try and drop some drones from my 450mm DIY quadcopter. Because we’re cautiously reckless, we first dropped Pat’s KingKong 90GT. The drops of Pat’s 90GT were particularly routine, and the most exciting point of the video is when the wind pushed Pat’s quadcopter towards the park benches everyone was sitting at and he nearly missed hitting someone in the head at the end of the video!

After successfully hauling a tiny drone up into the sky and dropping it, we were determined to drop something even bigger. We secured Alex’s Blade Vortex 250 to the bottom of my quadcopter and took off. The added weight of Alex’s Blade Vortex 250 made my DIY 450mm quadcopter struggle mightily as it went skyward, but it managed to do the trick. The most dramatic part of this video was imperceptible in what we recorded, but the DIY 450mm quadcopter gained so much altitude after freeing itself of the weight of the Vortex 250 that I was genuinely concerned it’d shoot out of my line of sight.

Dropping things from my drone wound up being inexpensive, easy to put together, and a tremendous amount of fun! We haven’t done it yet, but Pat has a GoPro knockoff (faux pro?) action camera that met an unfortunate accident in a drone wreck, but still records. We’re thinking of packing it in its case and dropping it from as high up as we’re brave enough to do.

And what about my plans for aerial photography? I’m not quite certain that it’s going to be as much fun as dropping things from my quadcopter. However, I was wondering about mounting an FPV camera to the underside of the quadcopter so that I can have a bird’s-eye view of what I’m dropping. That’s technically a form of aerial photography, isn’t it? I’m still pretty interested in doing the aerial photography but it’s definitely slipped down my “things to do with a drone” list.

What should I drop next? Here’s the output of my brainstorming, what am I overlooking?