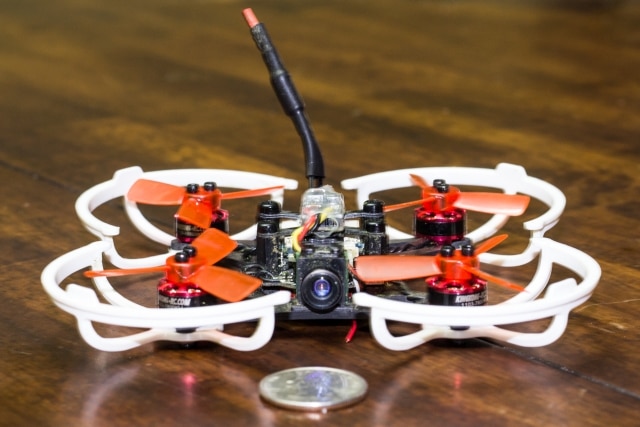 As a limited-time offer for our readers, Gearbest has issued coupons for each of the three different KingKong 90GT variations that they sell. If you’re at all interested in this quadcopter, make sure you scroll to the end of the blog to grab the appropriate coupon code!

Just a few months ago, I built a DIY 450mm Quadcopter based off a parts list that our makerspace’s quadcopter expert, Alex, led us through building. After building the quadcopters, Alex then gave us a crash course in flying the quadcopters. Shortly after, Alex asked me what my next plans were—as if he predicted that I’d get as hooked on quadcopters as he is. Alex was way into piloting his racing quadcopters in first-person view (FPV), which is using a camera on the quadcopter and piloting by watching the video stream being broadcast from the quadcopter. At first I was hesitant—the FPV Goggles seemed bulky, and I was bit weirded out by standing in a park, completely oblivious to my surroundings while trying to give the quadcopter my full attention. However, after watching Pat learn to fly FPV and snooping on Alex’s broadcast from his racing quadcopter, I began to realize just how much fun I was missing out on.

After seeing Pat throughly enjoy his Holybro Shuriken 180 Pro, I decided that instead of adding the FPV gear to my DIY 450mm quadcopter, I’d buy an extra drone purpose-built for first-person view. I wound up picking out the Holybro Shuriken X1 V2 200mm Racing Drone for no other reason than it seemed to be comparable to Pat’s Shuriken 180 Pro but perhaps a bit bigger. Once it arrived, I was astonished at how quick and how powerful it was. I was hesitant to even fly it line-of-sight because it was so small and so fast; one wrong twitch on the throttle and there was a very good chance that it’d be completely out of my view. After watching what Alex could do with my Shuriken X1, I became convinced that this wasn’t the right quadcopter for me to learn to FPV on.

After a few trips out with Pat and Alex, I began working on a set of the criteria that a quadcopter would need to meet in order for me to join the ranks of the FPV quadcopter enthusiasts:

Pat and Alex both chided me for my conservative approach for learning to FPV, and while it’s entirely possible that they are correct, I’m still comfortable with my decision. It’s worth noting that the added time I spent in researching, buying, and waiting for a new quadcopter to show up, I could’ve instead been working through quite a few batteries on the Shuriken X1 and started to get my footing. But in the end I was quite confident that this was the best way for me to learn FPV. Moreover, it’d also be a lot of fun to have an FPV quadcopter that I could fly in and around the house, saving me from having to load up a car with all of my quadcopter gear and drive to the nearest drone-friendly park.

Pat and I were both interested in micro quadcopters equipped with FPV gear, but for different reasons. Pat was already quite comfortable flying FPV, but he also wanted a smaller quadcopter he could fly around and outside his home. We collaborated a bit on a search and wound up discussing a few different candidates.

Each of the quadcopters shared a small form factor (73mm to 90mm) ideally suited for indoor flying. All three of the quadcopters had pretty inexpensive price tags with each hovering around $100. All of the quadcopters came equipped with propeller guards sufficient enough to provide some protection in a crash both to the quadcopter and to whatever it was crashing into. We quickly dismissed the Blade Inductrix FPV for two reasons: first, it wasn’t compatible with my Taranis X9D transmitter, and even worse, it has brushed motors like its cousin the Blade Nano QX. The Inductrix FPV simply wasn’t going to have the power to venture outdoors like we wanted.

Eventually, I settled on trying the Jumper X73S, and Pat jumped at the chance to get the KingKong 90GT. And after having our little micro drones for about a day, Pat concluded that the KingKong 90GT was bananas and I concluded that the Jumper X73S was quite junky. The stock propellers simply flew off under light throttle, one of the motors wouldn’t even spin up, and eventually the receiver fried and wouldn’t bind to or recognize my transmitter. Pat had an awesome little micro FPV quadcopter, and I had a colossal dud. Thankfully my friends at GearBest were happy to replace the defective Jumper X73S with my own KingKong 90GT, and while I waited for shipping, Pat was generous enough to let me fly his KingKong 90GT.

Pat was absolutely correct, the KingKong 90GT is bananas! At 90mm, it’s quite tiny but packs a tremendous punch in its little brushless 1103 motors, which are rated at 7800kv. One gusty afternoon, Pat and I were flying our quadcopters into winds that were gusting at 20—30mph, which the KingKong 90GT was able to fight and fly through. Flying into that stiff wind certainly wasn’t much fun, but the KingKong 90GT performed much better than I expected.

As far as indoors goes, flying line-of-sight is no problem whatsoever. I’ve been flying the KingKong 90GT around the house as well or better than I was ever flying my Blade Nano QX. However, FPV has been a bit of a problem indoors for me, as it’s a bit challenging to keep it at the appropriate elevation—I keep hitting the ceiling! This isn’t a shortcoming of the quadcopter, as Pat and Alex don’t seem to have the same challenges. This is a matter of practice on my part and learning how to fly lower and closer to obstacles, which is further demonstrated by this picture from flying up into a tree. 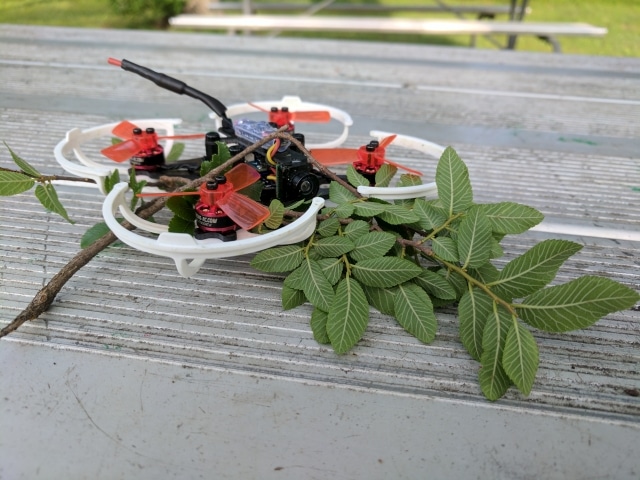 My first trip out with the KingKong 90GT was quite a bit of fun, but because of the tree canopy of where we wound up flying, I wound up spending quite a bit of time either fetching my crashed quadcopter or flying line-of-sight because I was having a hard time staying out of the trees.

The next day, we went to a nearby park with a tremendous amount of wide, open space, and I had infinitely more success flying FPV. Any time I ever felt like I was in trouble, all I had to do was give it gas and go up—up is safe! I was able to do quite a bit of some acrobatic flying—flips, barrel rolls, etc.-—with ease. The only crashes I had the entire afternoon were related to ignoring the timer I programmed into the Taranis X9D and exhausting the batteries.

Oops! I Found the Drone-eating Tree!

I was thoroughly enjoying my KingKong 90GT and flying it on an almost daily basis. We went to one of the nearby parks that we always fly our drones at. The day had a bit of a gentle breeze, but nothing I hadn’t flown in before on my quadcopters—including the KingKong 90GT. But for some reason today, I had tremendously bad luck.

My last three flights each outdid each other in terms of their endings. Firstly, I had a really nice long flight but for some reason I managed to hit a light pole in the parking lot instead of landing nicely. The second-to-last flight ended nearly instantly when I managed to find a different light pole. And then, sadly, my last flight ended with me finding the top of a great big drone-eating tree.

The fact that the tree ate my little KingKong 90GT certainly ruined my day, but the first thing that I did when I got home was to log in to Gearbest and buy another one!

The Demise of Brian’s KingKong 90GT was Greatly Exaggerated!

Three or four days after flying into the tippy top of the drone-eating tree, Pat and I were back at the park preparing to fly our other quadcopters. Being an optimist, I had been stopping at the park to check under the tree once or twice a day, I was hoping that the drone would fall out and I’d find it waiting for me. Disappointingly, but not unexpectedly, my KingKong 90GT was never waiting there for me. But when we were setting up to fly four days later, a pair of guys were driving some radio-controlled trucks around the park. They looked over in our direction long enough that both Pat and I waved to them in a neighborly fashion. A few minutes later, they started walking over in our direction. One of the guys held something out and asked “Do you guys know who this tiny quadcopter belongs to?” And right there in the palm of his hand, was my KingKong 90GT! Apparently the KingKong 90GT fell out of the tree, then another kind-hearted person placed it at a drinking fountain, where our two new friends saw it and must’ve recalled seeing Pat and I stare up into the asshole tree! Talk about a lucky break on my part!

Holy shit. Look at what some nice guys just brought to us at the park! pic.twitter.com/QFvSCbtQgX

I love the KingKong 90GT; it’s exactly what I was looking for in a quadcopter to use while I was learning to fly via FPV. I anticipate that after a few afternoons of burning through the extra batteries I bought for the KingKong 90GT I’m going to work up the gumption to see what the Holybro Shuriken X1 V2 200mm Racing Drone is all about.

I do have a few tidbits of advice for prospective KingKong 90GT buyers:

As part of a limited-time offer to the readers of Brian’s Blog and Patshead.com, our friends at Gearbest have issued coupons for each of the variations of the KingKong 90GT that they sell: with a FrSky receiver, with a DSM2 receiver, and with no receiver at all. 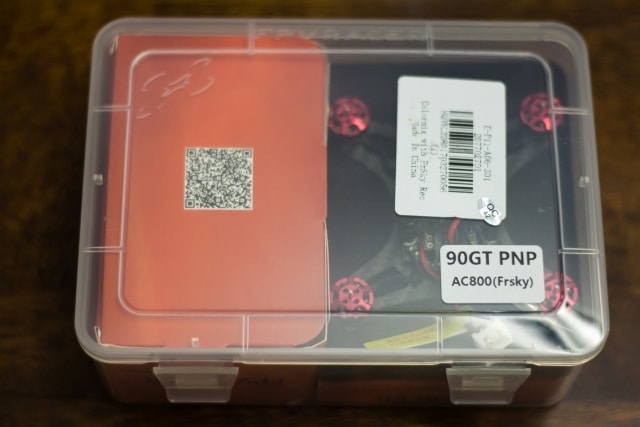 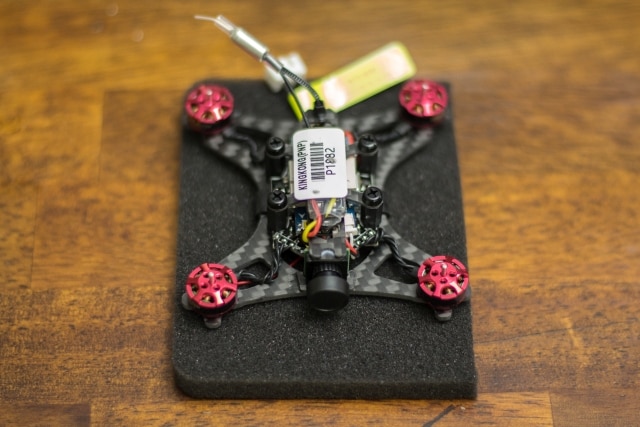 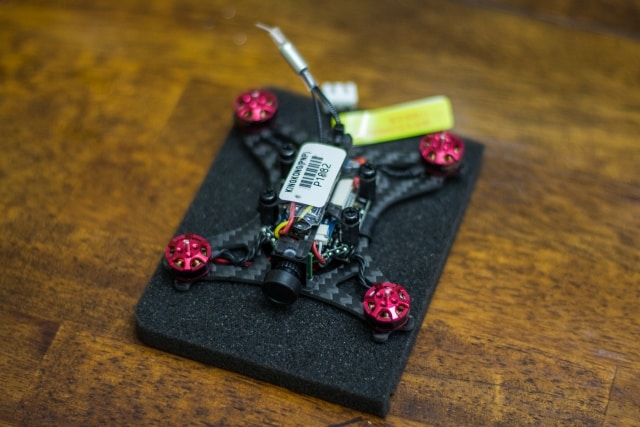 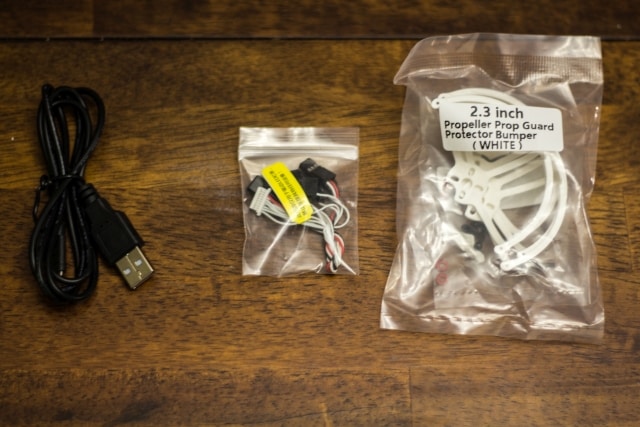 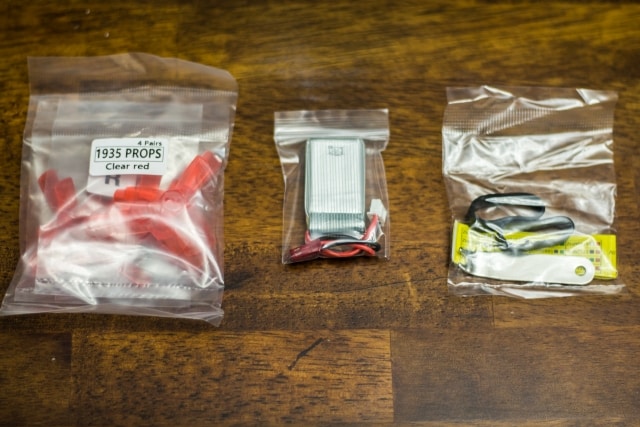 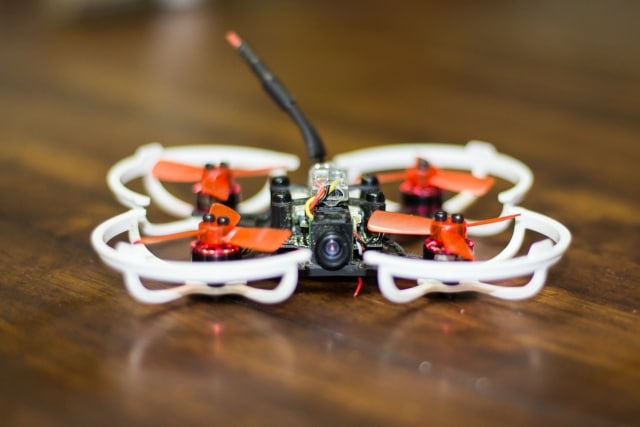 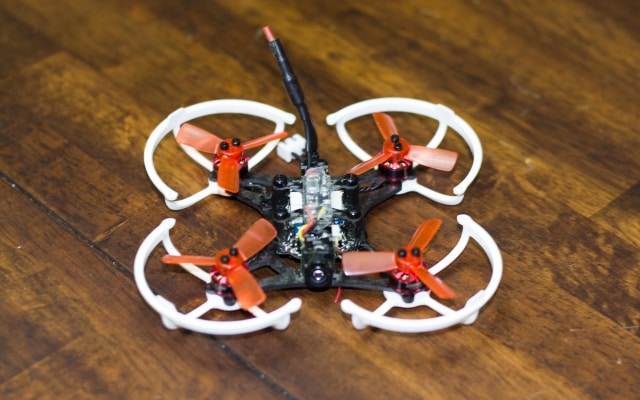 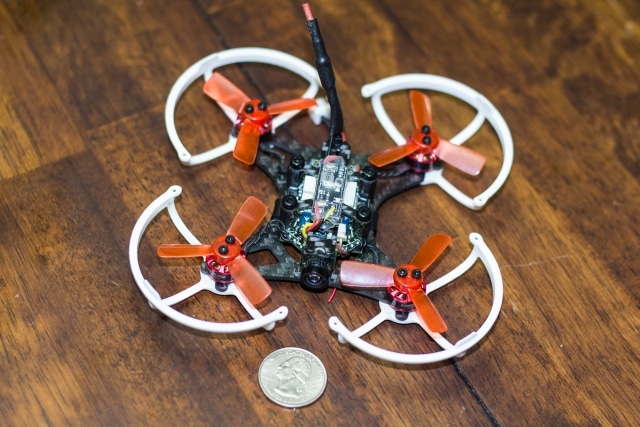 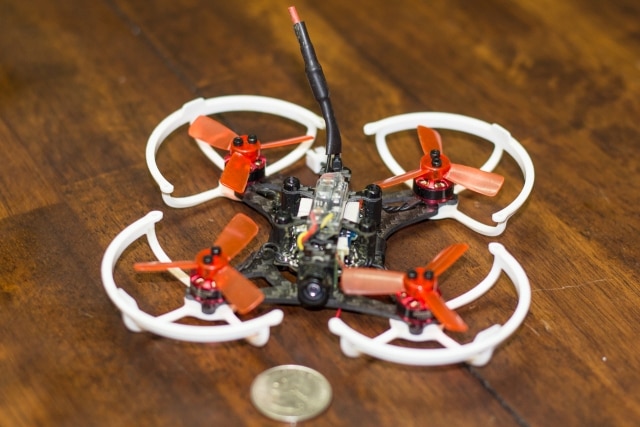