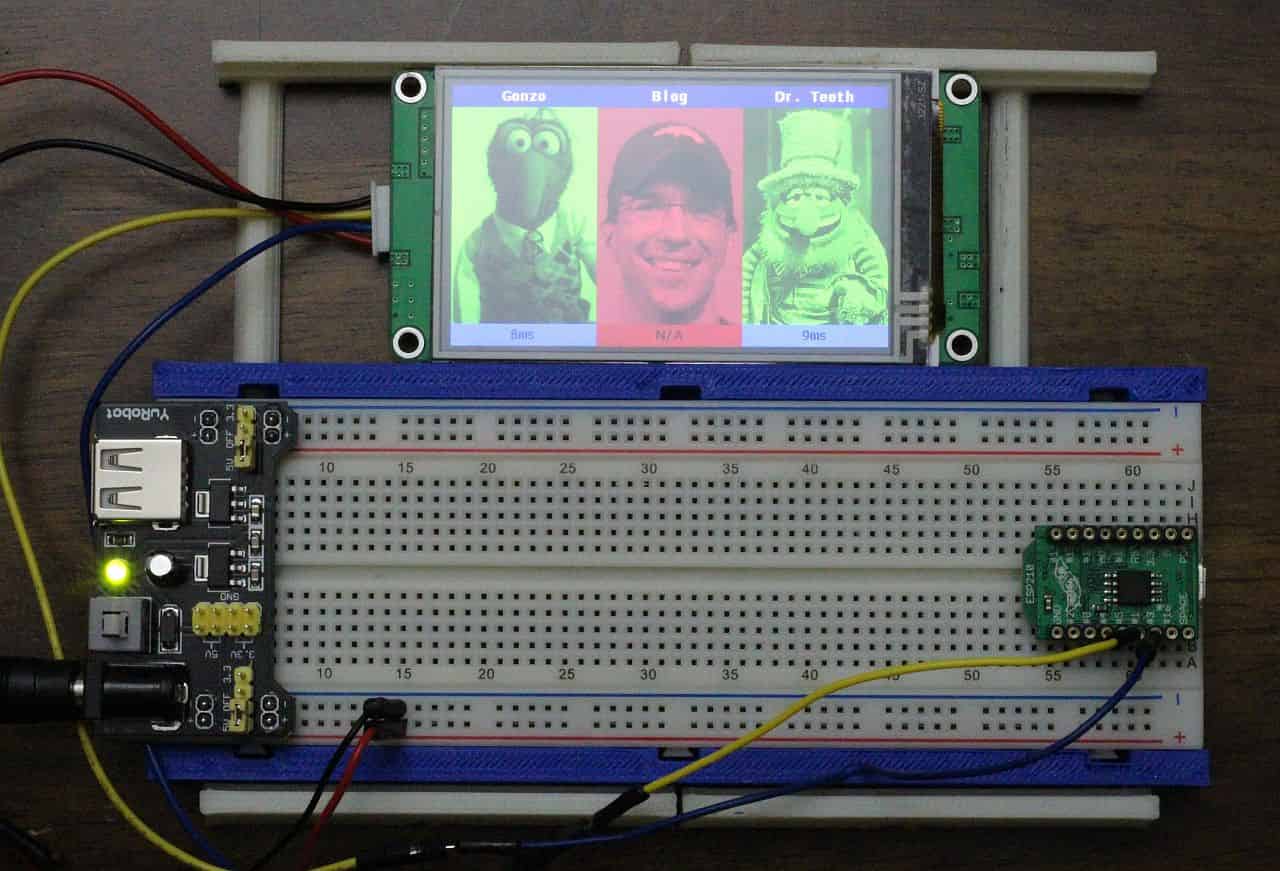 Earlier this year, I published a blog reviewing the Nextion HMI Display from ITEAD and I was really excited by the product. So naturally when ITEAD released the next iteration, the Nextion Enhanced HMI Display, I wanted to get my hands on one and think about building a project around it.

I wound up coming up with an idea for a project that would wind up tying a few blog topics together, including some yet-to-be written blogs about my “new” 3D Printer. A very early and rudimentary prototype of this project to help me review the capabilities of the 3.2” Nextion Enhanced HMI Display. 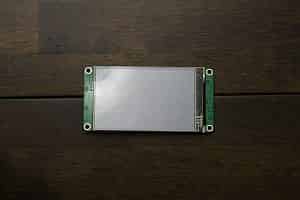 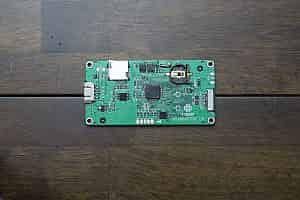 The Nextion Editor continues to be available as a free download for building the interfaces uploaded to the flash storage on the Nextion Enhanced HMI Display. It’s possible to transfer the interface via serial directly to the device, or via the on board MicroSD card reader. The Nextion Editor apparently has also experienced some progress and revisions since the end of last year. Please keep in mind that I haven’t been a prodigious user of the editor the past year, but the newer version is much easier to use than I remember the older version. 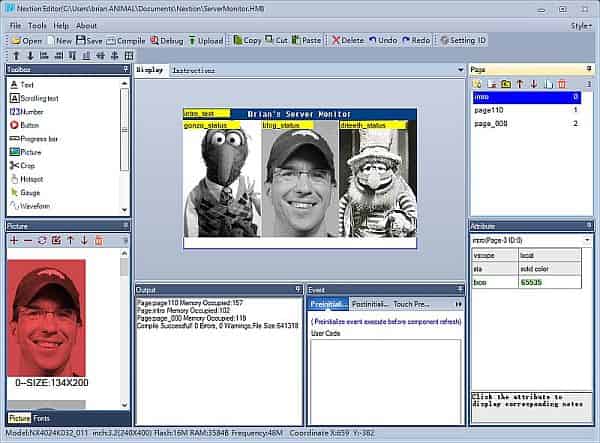 As you may know, I’ve blogged about building my own DIY NAS server as well as building my own homelab server. The idea I came up with for my Nextion Enhanced HMI Display project was a simple little server monitor. I decided I wanted to pull together a number of different blogs all into one project: my ESP8266, my DIY NAS, my homelab server, and my 3D Printer (blogs coming soon!). What I decided to do was build a little “server monitor” that sits here on my desktop by my computer whose purpose was to keep an eye on my NAS, my homelab machine, and my website.

For my prototype, I decided that I’d start off simple and develop some code for the ESP8266 that would ping the server. Based on the responses for each server, it’d display a page on the Nextion HMI Enhanced Display that indicates which servers are up and which servers are down. And to cap things off, I’d design and 3D print some sort of case to retain all the hardware and prop up the project.

At this point, the prototype is more of a proof of concept than anything else. It’s a long ways off from being a finished product, and there’s a laundry list of features that I’d like to incorporate into it. However, for the sake of demonstrating the 3.2” Nextion Enhanced HMI Display, I mocked up a few screens and loaded them up.

All told, it took me maybe a couple of hours to create the screens and get them loaded onto the Nextion Enhanced HMI Display. And to be honest, most of that time was spent staring at images and getting them resized to all fit the way that I wanted to on the display.

I was pretty excited about the Nextion HMI Displays at the beginning of this year. Nothing about the new Nextion Enhanced HMI Displays has tempered that excitement. The displays are both low-cost and easy to develop solutions on. They are capable enough to run standalone code displays that you create in the Nextion Editor. But what really has me excited is the ability to incorporate other SoC hardware like the Arduino and RaspberryPi in order to create more complicated devices.

Regardless of your expertise level and interest level, the Nextion Enhanced HMI Displays offers something for most tinkerers. You could build a little device like a smart picture frame or a touchscreen menu using only the display and the Nextion Editor. Or if you wanted to get more complicated, you could easily add an interface to your Arduino and RaspberryPi projects.

Working inside the Nextion Editor was pretty simple. It was quite easy to throw together a few screens full of images, buttons, text, gauges, etc. The Nextion Editor “compiled” the entire thing into a single file that I copied to a MicroSD card, then plunked it into the Nextion Enhanced NX4024K032 display, and powered the unit back up. Once it booted up, it copied down the new file. At that point, all that was left was to power off the display and remove the card. The next time it boots up, it was running the new interface!

I said nice things about the Nextion HMI Display at the beginning of the year and that is also the case for the newest Nextion Enhanced HMI Displays. I’m especially pleased with the progress that ITEAD Studio has made in developing the Nextion Editor, which I found much easier to use this time around. I’m also pretty excited that the new enhanced displays tout more flash storage. I’m pretty intrigued about this new possible input/output interface and hoping I can find some additional documentation or examples of how to put it to use. But above all else, I’m really jazzed at how affordable this product is. The exact unit that I’m reviewing is currently listed for $24.50 on the ITEAD Studio website. The other displays range from 2.4” all the way up to 7.0” and the price range on those products is about $18 to $82. For what you can do, they all seem to be priced very competitively.

I’m also pretty jazzed about my little “server monitor” project that’ll feature this Nextion Enhanced HMI Display — NX4024K032. It’s going to be a fun little project to touch on a few of my blog topics. I’ll be using my 3D printer to design a case to hold one of my ESP8266, perhaps a movement sensor, hopefully an LED, and also this Nextion Enhanced HMI Display. With some luck, I’ll write an Arduino application that can monitor both the web interfaces as well as the ping responses from my blog out on the Internet, my homelab server, and finally my DIY NAS system. I love when half a dozen or so blog topics all converge into another topic! What kinds of things would you use the Nextion HMI Enhanced Display for?