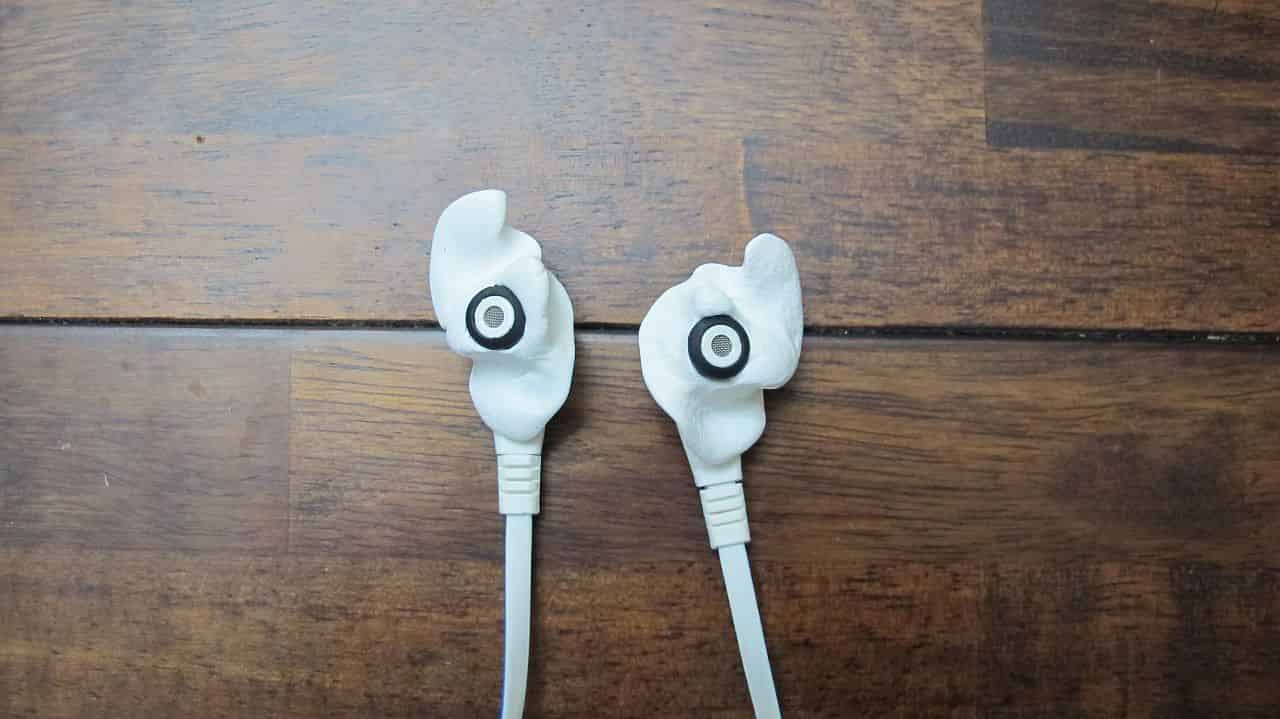 Since their inception, I’ve been “allergic” to earbud headphones. Not an actual allergy, mind you, but more of a very object-specific neurosis that makes it impossible for me to wear earbuds. Each and every time I’ve tried to use them they never really felt like they were in place, and always felt on the verge of coming loose. That feeling has made it impossible for me to comfortably wear earbuds. I carry quite a bit of stuff in my laptop bag every day, so I’m always interested in ways to save weight and space in the bag; it is a bit annoying that I’ve been carrying bulkier over-the-ear headphones all this time instead. Every few years, I’ll get a new pair of earbuds or I’ll see ones that I think will finally work and I try them out. Most recently, I’ve tried some sets which come with a variety of different earbud “adapters” for differently sized ears. A couple of sore ears and frustrated hours later, they all wind up getting gifted to a friend or thrown in a junk drawer forever.

My wife, Julia, bought me a GizmoCrate subscription for Christmas this year and extended it as a birthday gift this month. The GizmoCrate from March featured a nice pair of earbuds which seemed to work better than any earbud before. However, they still felt they were on the verge of popping out of my ears, but these actually stayed in. I quickly replaced my over-the-ear headphones with this new pair of earbuds and I’ve been somewhat pleased ever since. Unfortunately, it’s just still a little bit uncomfortable to use them due to the feeling that the earbuds were on the verge of popping out of my ear which can be a bit maddening.

In doing some research online, I found lots of articles about inexpensive ways to turn a regular pair of earbuds into customized in-ear monitors—for instance, this How To Make Custom Silicone Ear Molds for Your In-Ear Monitors from How-To Geek. For some time now, I’ve been considering trying this out myself on an inexpensive pair of earbuds to see how it’d work. Recently, I signed up for the group-buy website, MassDrop. In one of their recent daily emails, I noticed a product which caught my eye, custom earphone molds from Decibullz. My biggest concern with the DIY guides was that most of the materials you used were single use. If you got it wrong, you were hosed. My experience with DIY projects, especially those I’m unfamiliar with, is that it will go wrong the first couple times. The Decibullz had the added bonus of being re-moldable, which I anticipated that I would wind up appreciating. 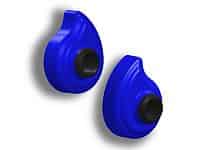 The Decibullz from MassDrop shipped early and arrived ahead of Massdrop’s estimate, and I sat down the other night to see what they’re all about. The long and short of it is you heat the Decibullz up in the microwave in a cup of water. After letting it cool a bit, you remove them from the hot water using a metal spoon. Apparently metal is important here; I read some comments from someone who used a plastic spoon and wound up ruining the Decibullz. Considering the material, I would imagine you might have similar problems with a wooden spoon. After letting them cool for a few seconds, the material is warm and soft, a bit mushier than Silly Putty, and ready to be molded for your ear.

After this, you place the Decibullz on your earbuds and then into your ear. At this point, you work the material into your ear, pressing it to establish a good fit, and then you let it cool. Once cooled, you have a custom-fitted set of molds around your earbuds. My first attempt was pretty bad; I think I may have let it cool for way too long after removing it from the hot water. I didn’t find the material all that easy to work with; by the time I got my earbuds into it and into my ear, it had already started to become pretty stiff and difficult to work with, which led to a bad fit. I wound up following Decibullz’s video for remolding and starting over from scratch.

When I tried them on the next morning, I was a bit disappointed. That all-too-familiar feeling of the earbuds being on the verge of popping out of my ear had returned. There was also a very unsymmetrical feel between the two ears. I don’t want to say one ear fit better than the other, but each ear fit a bit differently than the other. It felt just a bit imbalanced. Naturally, I assumed there was a shortcoming with how I molded them, so I reset them back to default and decided I’d try and iron it out. I wound up methodically molding and remolding each ear throughout the day, leaving each attempt to sit for quite some time, until I had both ears the best that I could. In the process, I came up with a few tips and elaborations on the directions provided by Decibullz: 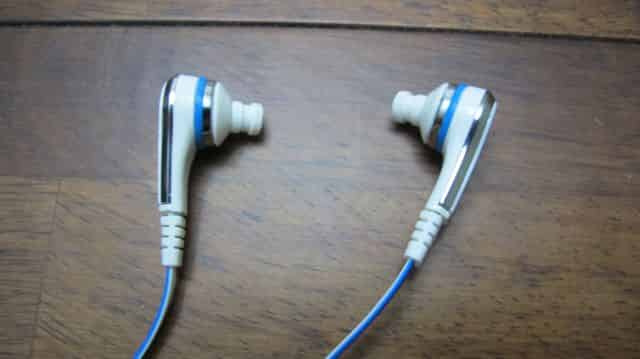 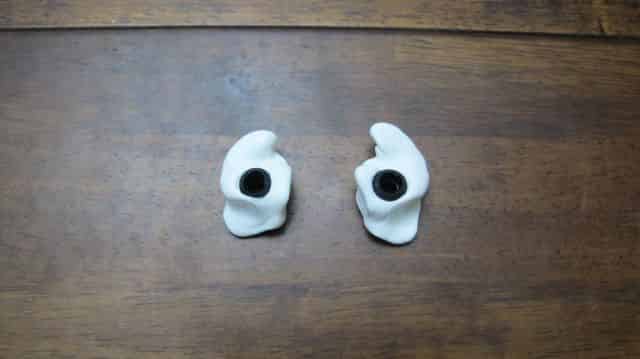 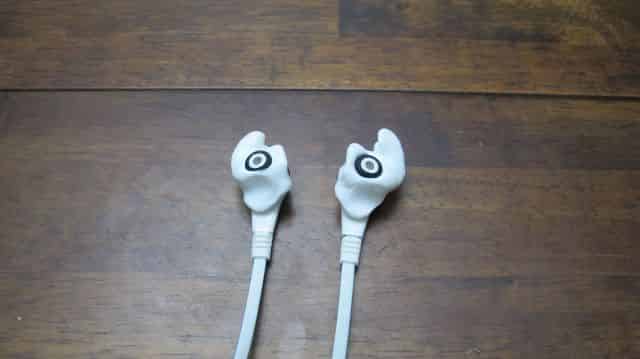 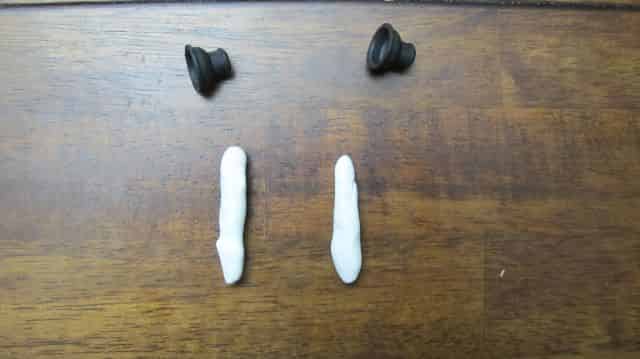 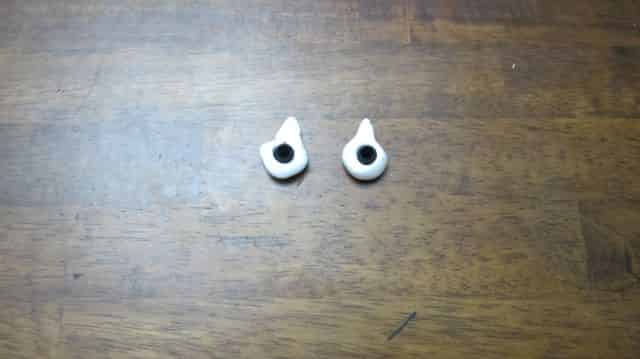 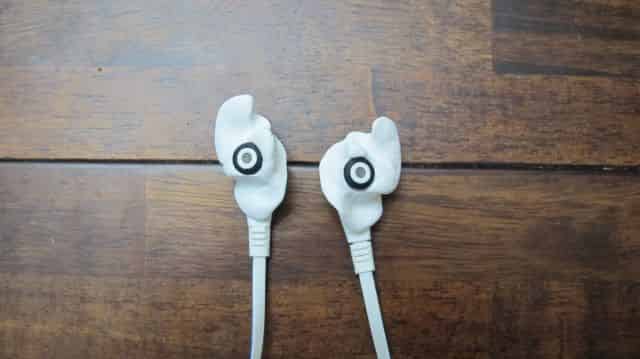 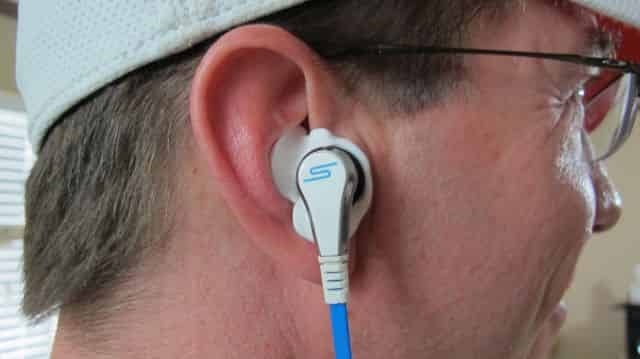 I’ve molded and remolded probably a good dozen or so times. I’m not entirely certain I’ve gotten much different results with each attempt, but I like to think so. I took a couple pictures of my first and second “drafts”, and you can definitely tell there’s a difference between those two drafts. I feel like they’re fitted a bit better after the second draft, but I’d really like to get them even more snug. There’s still a hint of that “Hey, we’re going to fall out of your ear at any moment” feel to them. For all I know, this might be a product of my neurosis. There may be a perception that they’re not snug, but the reality is they’re actually pretty snug. I tried three very unscientific tests: I chased our 7-month-old puppy around the house, I tried jumping up and down in place with the headphones on, and I laid down and flopped all over the ground like a fish out of water. It wasn’t until I did my fish-on-land impression that the headphones came loose, and that only happened because the cable got hung up on something. I am pretty confident that if I wore them for an extended period of time that they’d stay in, even if I went for jog or bike ride, which is pretty promising, considering my prior experience with earbuds.

My only disappointment was the lack of noise isolation. There’s no claim of improved noise isolation from Decibullz in any of their product information, but I thought that the material would block some of the ambient noise. Unfortunately, that’s not really the case. Had they provided additional noise isolation then these would’ve been an absolute bargain!

Overall, I’m pretty happy with the purchase. I bought the special promotional set of 2 pairs from MassDrop assuming that I’d trash one of the pairs in the process. Because I didn’t do that, I’ve got an extra pair to give away to a friend. My earbuds definitely fit much, much better. In fact, they fit well enough that I’m feeling quite confident in my decision to take my old, clunky, over-the-ear headphones out of my laptop bag.