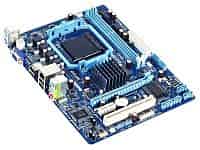 For the last couple of years, I’ve been tinkering around with network attached storage (NAS) at home. I’ve both built my own do-it-yourself NAS as well as blogged about a suggested a similar build in 2013 as well as a newer build for 2014. Since then, I’ve gotten feedback from a number of different sources that there’d be some interest in a related article. Instead of trying to build a compact, power-sipping NAS, I’ll try and build out a frugal, bang-for-buck NAS device instead.

As with prior articles, I can’t recommend the use of FreeNAS for powering the NAS device enough. I’ve been a user now for almost 2 years and I’ve been incredibly pleased with FreeNAS. Other than hardware, I’ve yet to have a single significant issue with FreeNAS and I’m really excited about the FreeNAS plug-ins which was an important new feature in one of the recent releases. Personally, the ownCloud plug-in and ReadyMedia plug-in are both very interesting to me.

Because saving money is the ultimate goal, my best advice is to scavenge up some hardware somehow. Upgrade your computer or help a friend upgrade his computer and offer to take the spare parts off your friend’s hands for a modest price. Alternatively, you can always try looking for a good deal locally on Craigslist. If you don’t have access to some old functional hardware or you’d rather buy new parts because you trust brand-new stuff more, here’s a list of parts and prices to help you start shopping. 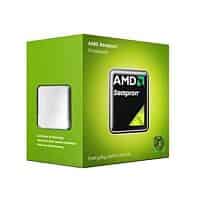 In order to save money, I first started looking at the processors that were very affordable, preferably under the $50 price. The AMD Sempron 145 priced at $39.99 completely fit the bill. The budget friendly single core processor is clocked at 2.8GHz, which is well suited to our purpose. As an added bonus, I picked the retail-box version of the CPU, which includes the heatsink and fan. In my research, my primary criteria for a motherboard didn’t start with price; instead, it was the number of available SATA ports. My preference for a FreeNAS box is at least 6 SATA ports. Boards were available with more ports, but price increased dramatically when you got up to 8 on-board SATA ports. It’s a far better to deal spend $20 to $30 on a SATA Controller Card in order to gain the additional SATA ports rather than pay the premium for an 8-SATA-port motherboard.

For the motherboard, I decided on the Gigabyte GA-78LMT-S2, which is a Micro ATX motherboard with 2 DIMM slots, 6 available SATA ports, a PCI-e slot and a PCI slot all for the price of $47.99. For what I had in mind, this motherboard both offered exactly what’s needed to build a nice NAS today and also allow for some easy upgrades down the road.

BecauseFreeNAS recommends giving as much memory as possible for the best performance, I was tempted to go ahead and go with 8GB of RAM I’ve typically added in the past. However, based on my usage of 8GB over the last two years for only a couple of users, I think that you could safely drop down to 4GB of the same RAM to save a bit of cost. I wound up picking PNY Optima 4 GB PC3-10666 1333 MHz DDR3 Desktop DIMM Memory MD4096SD3-1333 at $35.99. I chose a single 4GB DIMM over two 2GB DIMMs to leave a slot free for an easy upgrade down the road. ECC RAM has come a bit in these blogs’ comments, so I addressed my thoughts on ECC in this article. 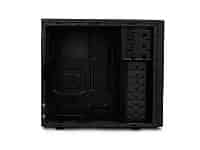 In both of my prior builds, I’ve looked for a good deal on a purpose-built case. Since I’m trying to rein in the total cost, I decided to go as inexpensively as reasonable. In addition to my own upgrade, I’ve upgraded other computers and have really liked the NZXT Technologies Source 210 Computer Case. For its price, there’s a ton of room for drives (8x3.5” drive bays and 3x5.25” drive bays) and the case is very well made for only $34.23. The case does not come with a power supply, so factor in another $26.99 for a 550W ATX Power Supply.

The OS and all of the FreeNAS bits go on their own drive which allows all of your hard disk drives’ storage capacity to be used for your NAS. The recommendation for the FreeNAS drive is actually a USB drive. For prior builds, I’ve suggested the same drive, the SanDisk Cruzer Fit 8GB USB2.0 Flash Drive which comes in at a whopping $7.99. However, hopefully some money can be saved here and there’s a free USB drive laying around your house somewhere that can be re-purposed for use inside your NAS.

The meat and potatoes of any NAS is ultimately going to come down to the hard disk drives. 1TB, 2TB, 3TB and 4TB drives are all available right now. Because price is a driving factor behind this NAS, I decided to price out two different configurations: 6TB (6x1TB) and 12TB (6x2TB). And because I’m a bit paranoid about bad batches of drives, for each configuration I picked out two different models and manufacturers of drives.

There’s been some discussion as to whether or not the Western Digital Green drives can be safely used in a NAS device. I’ve been running two of them in my own personal NAS for nearly 2 years now without any problems. If you wanted, you could upgrade to the WD Red 2TB drive at a premium of $16 per drive. Here’s an excellent review over whether the NAS-optimized drives are worth the premium. However, because being frugal is an important objective of this build, I don’t see any reason to shy away from any model of drive that is economical. 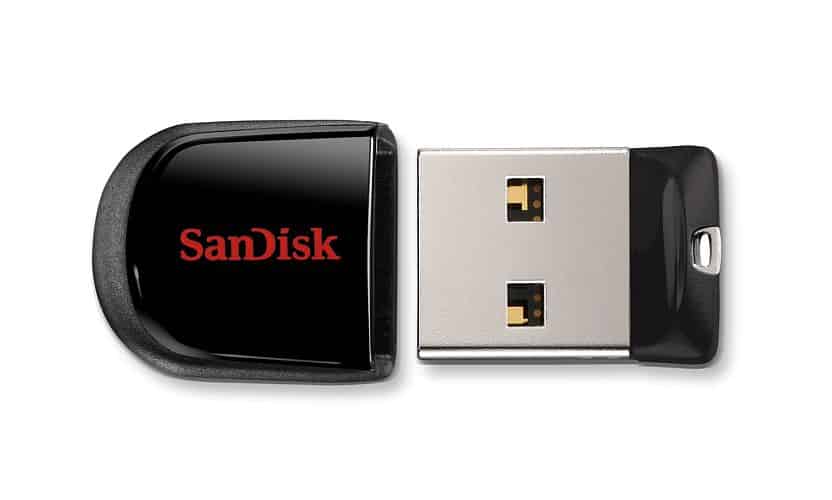 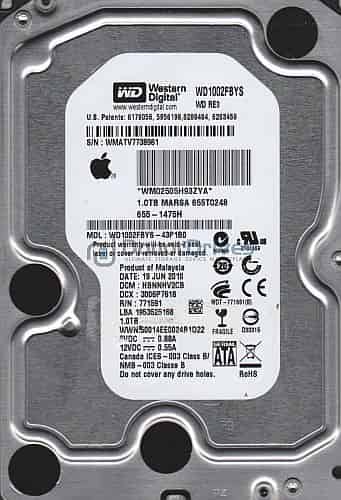 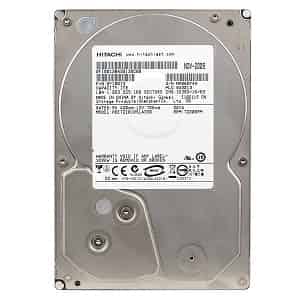 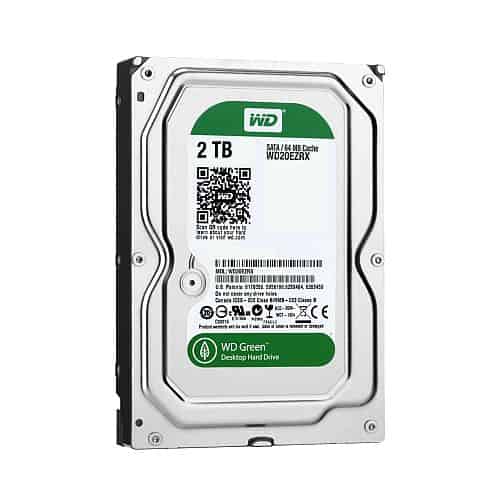 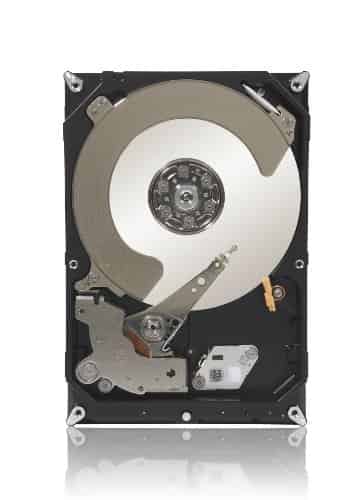 When I came up with my final prices I did some shopping around for comparable off-the-shelf NAS systems. Some of the off-the-shelf systems are pretty competitive with this price at the low end. For example, the WD My Book Live Duo 6TB Personal Cloud Storage NAS Share Files and Photos is $451.29 and the Seagate Business Storage 2-Bay 6TB Network Attached Storage (STBN6000100) is $460.35. However, these machines are not very comparable because their feature-set simply can’t stand up to the features of FreeNAS. The difference is so wide that the price gap of $50-60 is quickly closed by the FreeNAS features. The FreeNAS machine is not a proprietary piece of equipment, it’s a PC, which means it is upgradable and it is repairable. Furthermore, because the storage is spread across six drives instead of two, FreeNAS is going to offer you more redundancy options, and depending on your configuration more usable storage space. Furthermore, I have concerns that the hardware in those off-the-shelf NAS systems is the equivalent of something you’d find in a consumer-level router or WiFi Access Point, which is nowhere near the quality of components in your average desktop computer.

At 12TB, the off-the-shelf systems just can’t compete in either price or features. In my research I found the Seagate Business Storage 4-Bay 12TB Network Attached Storage (STBP12000100) for $846.99 and the BUFFALO TeraStation ES 4-Bay 12 TB (4 x 3 TB) RAID Network Attached Storage (NAS) – TS-XE12TL/R5 for $834.98. Even at this price, I’d still have the same concerns about the proprietary nature of the hardware and whether its quality is at least equivalent to what you would find in your PC. Ultimately, I have all the same concerns about these bigger more expensive off-the-shelf NAS systems and they don’t even include the minuscule price advantage.

Whether you’re building a small or larger NAS for use at home; a do-it-yourself NAS using FreeNAS is simply going to give you the most features, the best redundancy and the ability to upgrade your NAS as go down the road. The NZXT Technologies Source 210 Computer Case has room for up to five additional 3.5” HDDs, and while the SATA ports on the Gigabyte GA-78LMT-S2 are all in use it’s still possible to increase your storage by replacing the HDDs with larger HDDs to grow the array or alternatively you could add an additional SATA controller and fill up the empty bays in the case as well.