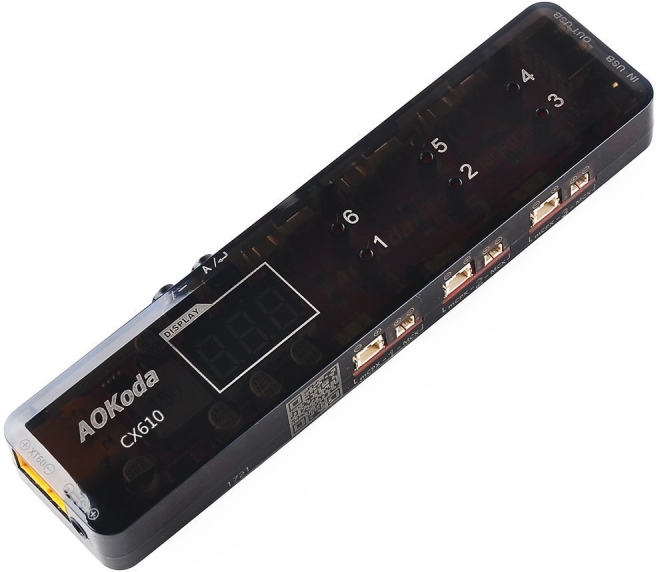 Just the other day I was telling Pat, “Man, it’s been a long time since I blogged about drones” as we were driving to a friend, Paul’s, house for an afternoon of indoor flying of our micro quadcopters. It has been over six months since I wrote about Frankenbomber, my 450mm DIY Quadcopter that I attempted to turn into an amusing bomber. Since publishing that blog, I’ve posted quite a bit of drone-related content to my YouTube channel but somehow hadn’t managed to blog about all the quadcopter nonsense that I’ve been up to! 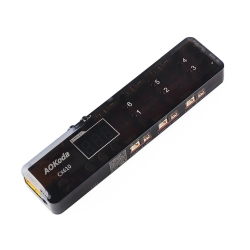 Shortly after arriving at Paul’s house, I bragged about my AOKoda CX610 1s LiPo Charger. It’s the charger that I have been using for the batteries needed for both my EMAX Tinyhawk and EMAX Tinyhawk Freestyle drones. Having explained what I liked about the CX610, it dawned on me what my next quadcopter-related blog should be about: a review of the AOKoda CX610!

The key features of the AOKoda CX610 are:

One rainy weekend after buying the CX610, Pat and I set up race gates all over my house. While we were flying, we found out that thanks to both the number of 1s 450mah batteries that I carry and my AOKoda CX610, I could barely discharge my batteries faster than they could be charged.

Thanks to the gigantic 10,000mAh 6S batteries that Pat and I each carry in our field-charging setups, there was little to no chance that either of us had the endurance to outlast our ability to keep charging 1s batteries. Plus, as an added bonus, the USB output on the CX610 allows me to keep other devices (primarily phones) charged up too. 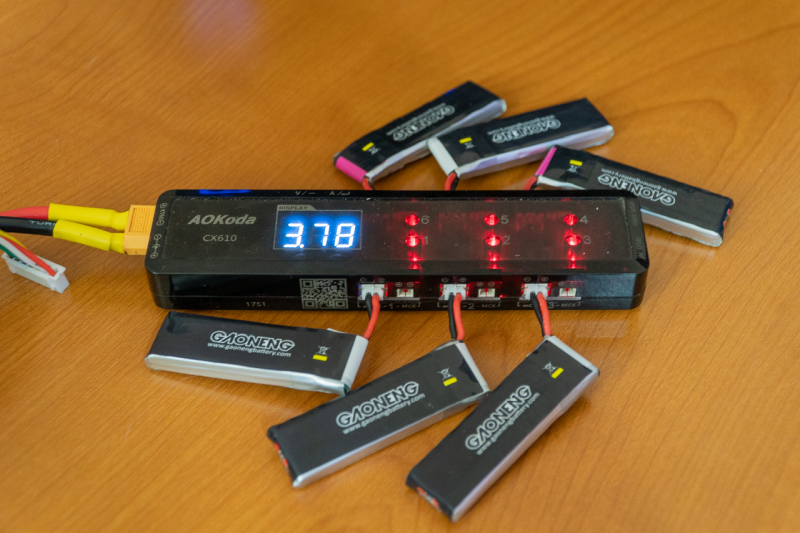 According to my order history on Amazon, I’ve been using the AOKoda CX610 for a little over a year. All things considered, I’ve been pretty impressed with it. At the time, it was the only micro battery charger that I could find that was able to take up to a 6S battery as an input, capable of charging up to 1amp, and not tremendously expensive. I’m actually a bit disappointed that the AOKoda CX610 doesn’t have more competition by now. I’ve spent the last year telling all my local drone buddies that they should buy the AOKoda CX610, it’s high time that I suggested that my Internet drone buddies do the same!