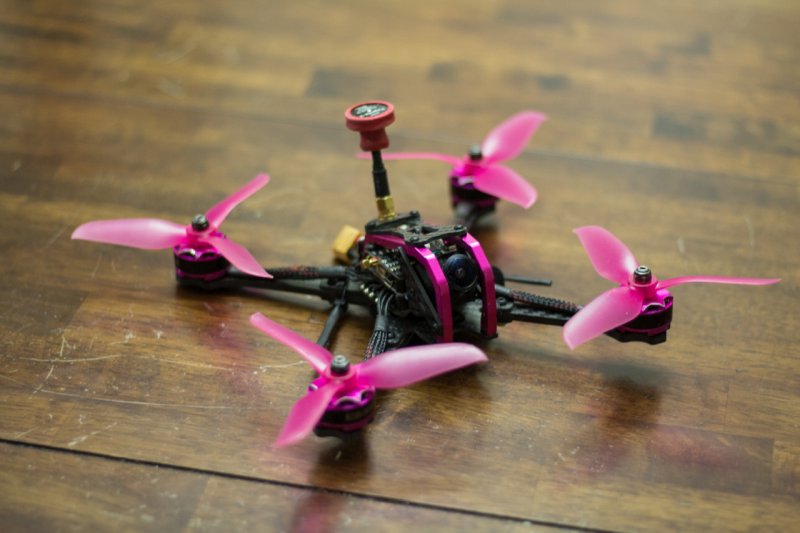 Those of you who follow my blog may have noticed that my blogging has been a bit sporadic over the past few months. The primary reason for this has been the birth of my son back in 2016 and the fact that I accepted a new job a few months back. But a big contributor to my absence has been my introduction to the world of drones. Almost exactly a year ago, I built a 450mm quadcopter, and ever since then I’ve been pretty quadcopter crazy. In fact, I now have a military-grade 55-liter backpack full of goggles, batteries, tools, spare parts, transmitters, action cameras, and most importantly, anywhere between four to six quadcopters which can be found inside or strapped to the outside. 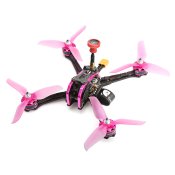 My friends at Gearbest discovered early on that I’ve been quite obsessed with quadcopters and they’ve sent me a couple to review, starting with the KingKong 90GT micro-quadcopter that I’ve enjoyed so much that I still carry it around with me every time I go flying. When Gearbest offered to send me the FuriBee GT 215mm Fire Dancer FPV Racing quadcopter, I leapt at the chance to review it.

At the moment, I have two other different 5-inch FPV racing quadcopters: the Holybro Shuriken X1 and the insanely economical BFight 210. I really like both of these quadcopters. How would the FuriBee GT 215mm Fire Dancer measure up with my favorite two racing quadcopters? Which of the two quadcopters do you think the Fire Dancer would be the most similar to?

Specifications and my First Impression

On paper, the FuriBee GT 215mm Fire Dancer compares well with both my Holybro Shuriken X1 and BFight 210 quadcopters. While reading over the product’s specifications, my gut seemed to be telling me that the GT 215mm was more likely to remind me of the BFight 210:


About the only thing I’d squabble with from the product’s specifications is their claim about 1080P HD video. Perhaps the lens and camera sensor are indeed capable of 1080P, but there’s nothing onboard to record at 1080P and certainly nothing to broadcast in high definition either. If you’re wanting some HD video recorded on this quadcopter, you better strap a GoPro to it.

Unboxing the FuriBee GT 215mm Fire Dancer was pretty exciting. I was impressed with its light, yet sturdy build. The composition of the BFight 210 and the Fire Dancer are pretty comparable, but the frame seemed a bit more rigid than the BFight 210’s frame. More importantly, the Fire Dancer has bigger motors, bigger ESCs to feed those motors, and a better flight controller than you’ll find on the BFight 210.

However, I was not quite impressed with tiny little antennas on the cheap little Frsky receiver that was provided with the GT 215mm Fire Dancer, so I immediately swapped it out with a Frsky R-XSR that I had here in my collection of spare quadcopter parts. I also found that the quadcopter’s VTX was wired into the SBUS on the flight controller. I assume this was done to set up the possibility of controlling the VTX from my transmitter. However, in practice what I found was that my band and channel for the VTX were changing on what seemed to be each and every flight. Because the VTX lacked any documentation to explain why it was wired up to SBUS, I ultimately decided to just clip that wire. I was more than willing to set the VTX’s band, channel, and broadcast power by using the buttons built into the VTX.

A quick note: as you will soon find out, I am still quite the novice at flying FPV. There’s a lot that I can’t do well, like soft landings or traversing our drone gates (aka kids’ soccer goals sans nets). While I feel like I’ve made a ton of progress since my first few FPV flights with the KingKong 90GT, I definitely lag behind many of my contemporaries. I’m not brave enough to follow in Pat’s shoes and do power-loops over trees, at least not quite yet!

I was super impressed flying the FuriBee GT 215mm Fire Dancer. My first flight was uneventful; I zipped around one of our favorite wide-open spaces and didn’t experience any kind of funkiness that can accompany a flaky quadcopter with suspect parts or a bad tune. It stayed up in the air for the entire duration of my 4S 1500mAh battery. If you’ve seen me fly a quadcopter then you’d recognize the magnitude of this accomplishment. My quadcopters seem to find their way to the ground long before their batteries have been drained!

My concern with both my BFight 210 and the FuriBee GT 215mm Fire Dancer was definitely durability. Not necessarily because the drones were flimsy, but because I’m hard on my quadcopters, as my BFight 210 can testify to. Moreover, the frames on both quadcopters are sleek and a bit on the slight side. Plus, I’d heard Pat’s horror stories about breaking his beloved BFight 210 in a particularly hairy crash one day.

Given my track record, it wasn’t entirely unsurprising to me that on my first day I wound up wrecking the FuriBee GT 215mm Fire Dancer. I was attempting at taking the GT 215 through one of our drone gates and winged the side pretty good—hard enough that it tore the propeller right off the motor. I was pretty pleased when I was able to put the propeller right back on and get flying again. It’ll be quite some time before I’d declare that the FuriBee GT 215mm Fire Dancer is durable enough to withstand my treatment, but the fact that it bounced back from this first-day crash so well seemed like a pretty good indicator.

So what does Pat think?

In Pat’s most recent blog about the demise of his own X1 and how awesome he thinks the BFight 210 is, he mentioned the arrival of my FuriBee GT 215mm Fire Dancer. Specifically, he said that he was looking forward to being able to kick its tires and take it for a flight. Naturally, I was excited to hear what he thought, so I handed him my transmitter on the condition that he write a couple paragraphs with his thoughts.

Brian let me try out his new Furibee racing quad. He had the camera angle set lower than I’m used to, but I had no trouble flying it. I did a power loop over a tree, and I hit a few aps in and around “The Lady Tree.” It was fun!

The Fire Dancer reminds me of the BFight 210. They’re both light drones with skinny arms, and they feel quite similar in the air. The Furibee has bigger motors, bigger ESCs, and an upgraded flight controller compared to the BFight 210—I didn’t do a good job putting those to the test in my short flight!

I like the Furibee GT 215, and it doesn’t cost much more than my BFight 210. It seems like a “no-brianer” to pay a few dollars for all those little upgrades!

There were two things about reviewing the FuriBee GT 215mm Fire Dancer that really stuck out. For starters, I really thought that GT 215 was excellent both in its features as well as its value. Like Pat said, it is only a few dollars more than the BFight 210, but it has bigger motors, can use bigger batteries, and has a better flight controller. 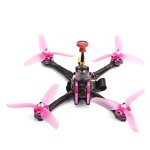 My biggest complaint was with the FrSky receiver that it came with. It was cheap enough that I simply decided to replace it before even trying it. I think my advice to others would be to buy the receiverless “plug and play” version of the quadcopter and spend the few dollars you save to buy a better receiver like the FrSky R-XSR.

But altogether, I think it’s a pretty fantastic quadcopter. To be able to find such a powerful and entertaining racing quadcopter for as little as $160 seems pretty incredible to me—especially when you consider the cost of quadcopters like my beloved Holybro Shuriken X1.

Naturally, Gearbest is selling the FuriBee GT 215mm Fire Dancer with a variety of receiver types:

But more importantly, with the help of the FuriBee GT 215mm Fire Dancer I was able to put together what I think is easily my “best” FPV flights so far. Perhaps I’m beginning to get enough stick-time in that my piloting skill is improving, or the GT 215mm is just that nicely put together and tuned than a clumsy novice like me would be able to fly it. Whatever the reason, it resulted in what I think is my best FPV video to date.