A few months back, the folks at GearBest.com contacted me and asked if I’d be willing to review things they sent me from time to time. The first item they suggested appealed directly to a childhood fascination that’s stuck with me all the way into my so-called adulthood: LASERS! I’m pretty certain that five-year-old Brian would’ve eagerly gobbled down his broccoli if his mother had convinced him that the accursed vegetable was the secret behind obtaining his own laser weaponry. Chief among the things that excited me about our fledgling Plano-area makerspace, TheLab.ms, was the possibility of making things with a laser cutter for some of my DIY projects. If you’d told five-year-old Brian that one day he’d be using lasers to complete projects, he would’ve demanded to borrow your time machine and see this fantastical future. 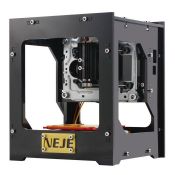 GearBest wound up shipping me a NEJE DK-8-KZ Laser Engraver. It’s definitely a little guy, something that you could sit right on your desk without taking up much more room than a giant cup of coffee. It measures out to be 6” x 6” x 7.5”. The laser on the engraver is a 1000mW and it’s powered by two different USB ports (Standard and Mini) connectors. Additionally, the Mini USB serves as the data connection for hooking up to your PC to control the engraver. The actual workable surface of the engraver measures around 3” x 3.5”. A MicroSD card is shipped with the printer, which contains the drivers, software, and a bunch of different images (512 x 512) that the engraver is capable of handling.

Based on the specifications, I harbored no delusions of being able to use the NEJE DK-8-KZ Laser Engraver to do any of the tasks I’d been hoping we’d eventually be able to do at our nearby makerspace. In fact, I completely abandoned any concepts of actually cutting anything thicker than your ordinary office paper. Perhaps the tiny laser is capable of cutting thin enough materials, but I just couldn’t fathom the value of those cuts. But what could I wind up doing with the NEJE DK-8-KZ Laser Engraver? I had a few ideas:

Of these four reasons, I really think last one resonates with me as the best reason to recommend the NEJE DK-8-KZ Laser Engraver. It’s inexpensive, it’s small, and it’s easy to use. After a few engraving jobs, you get the idea of the amount of work, patience, and tinkering it takes to be successful. The NEJE DK-8-KZ Laser Engraver is something I’d recommend to anyone who wants to do some serious laser cutting, but doesn’t know where to start.

Considering that the NEJE DK-8-KZ Laser Engraver was a significant contributing factor in my commission of a work of art, it only made sense that my face would need to be the first thing I attempted to engrave on anything. I scrounged around the house and found some retail packaging in our recycle bin. I loaded up the engraver’s device drivers and application, and in the immortal words of Frau Farbissina, I screamed “Begin laser ignition!!!!!!!!!!” at the top of my lungs and then hit the application’s Start button.

Note: If you’re impatient and don’t want to sit through the entire 18-minute video then check out this time-lapse video.

I went through about two or three attempts before I was successfully engraving my face into the scrap pieces of paper retail packaging. Much to my chagrin, figuring out how to use the NEJE DK-8-KZ Laser Engraver took fewer attempts than it took me to get a decent video recorded of the process. Overall, I found the engraver and its software to be very easy to use. Once I had it working, it only required a matter of trial and error in order to get the laser focused and to set the duration to the right amount for burning my face into the material.

Before GearBest.com contacted me and asked me if I wanted to review the NEJE DK-8-KZ Laser Engraver, I wasn’t even aware that small laser-engraving tools like this existed. If I had been aware of their existence, I would’ve bought one in a heartbeat just because I’m curious about laser cutters, but I’m not willing to spend hundreds (thousands) of dollars to buy my own. About the only complaint that I have is that the NEJE DK-8-KZ Laser Engraver is tiny. Small enough that it’d be pretty tricky to engrave anything much larger than a business card. Not impossible, but tricky. If you’re considering buying a laser engraver, it might be wise to determine the size of the things you’d want to engrave and make sure your laser engraver can accommodate them.

Here’s hoping that after showing it to our makerspace’s leadership team, they’ll get their acts together and float a laser cutter towards the top of the priority list. If not, I might just have to wind up buying my own to keep out in my garage! 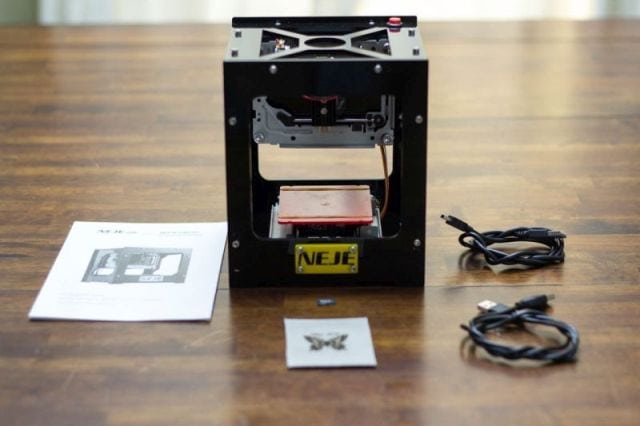 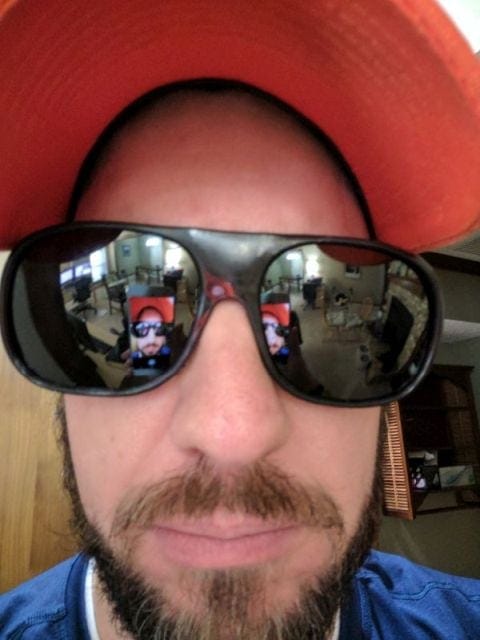 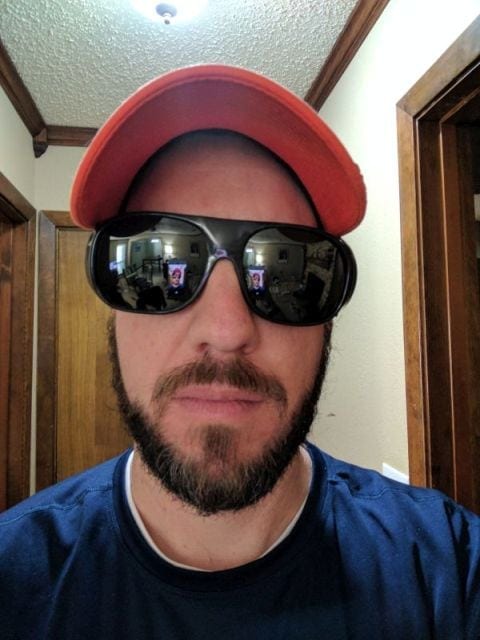 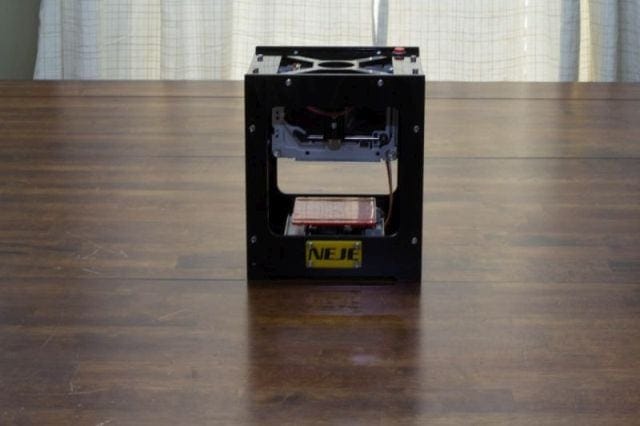 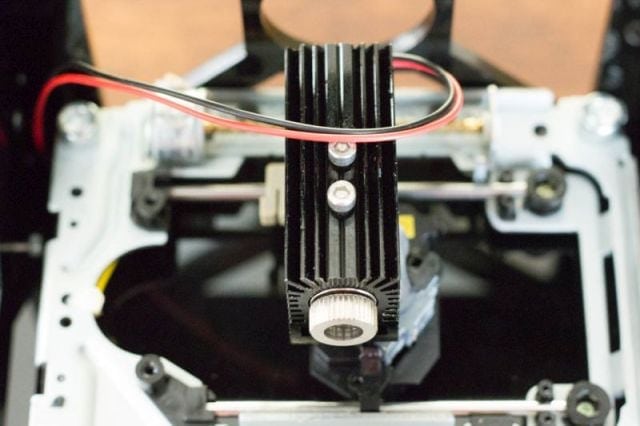 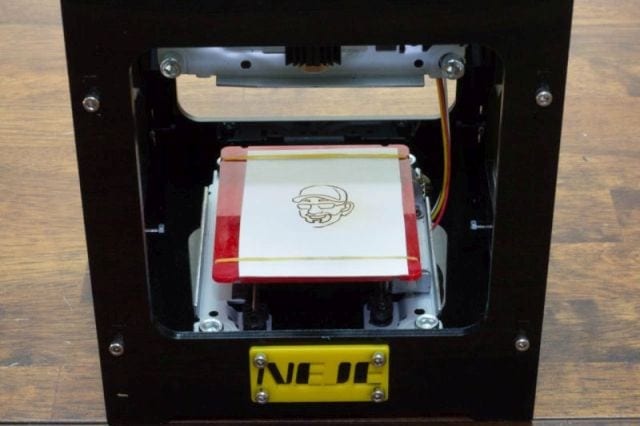 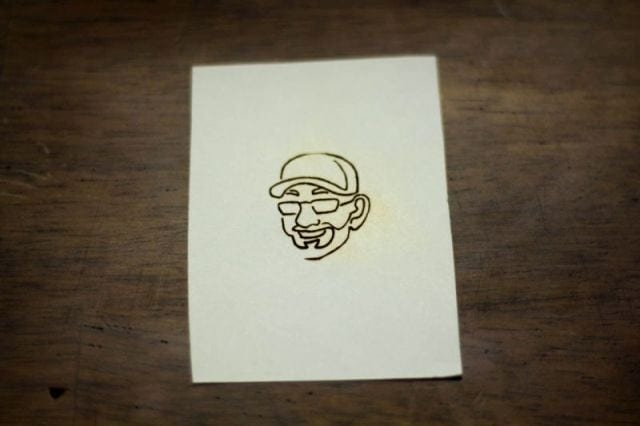