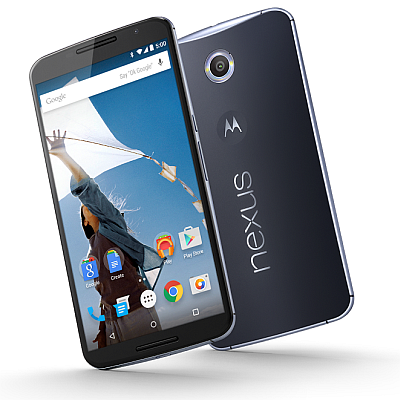 This year, my darling wife was trying to get some Christmas gift ideas from me, which caused me to swing for the fences and tell her that I wanted a Nexus 6. I’ve been a bit curious about the whole phablet phenomenon since the first of the Samsung Galaxy Notes came out. I figured for sure that my wife would point out what a naughty boy I’ve been and that Santa would probably not be bringing me a Nexus 6 this year for Christmas.

When the Nexus 6 was announced, I went over the specifications and thought to myself, “This isn’t really that BIG of an upgrade over my Nexus 5.” Don’t get me wrong, the hardware of the Nexus 6 is clearly better than what’s on the Nexus 5, but I think we’ve reached a point where the advances in hardware just aren’t as dramatic as they were in the first generations of smartphones. Early on in smartphone development, each new generation of smartphones had significant hardware advances. These days it seems that most of the really interesting advances are being driven by newer versions of the mobile operating systems—in the case of the Nexus 6, the newest version of Android, which is nicknamed Lollipop.

Since Lollipop was the biggest reason for me to consider upgrading, I was at an advantage, since I already owned a Nexus 5. Google does a very good job at maintaining their older devices and continuing to release new versions of Android built for those devices as long as it’s feasible. All too often with the other manufacturers, devices get forgotten about and don’t receive updates in a timely fashion, if at all. In my case, I grabbed a copy of Lollipop directly from Google’s Factory Images for Nexus Devices once it was available for the Nexus 5 and flashed it onto my phone. 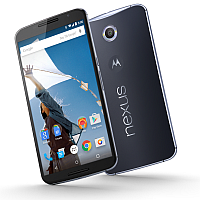 Additionally, just a couple weeks ago Julia (my wife) confessed to me that she was nervous about buying the phone; she didn’t want to buy the wrong one and she was having a hard time finding it in stock anywhere. I told her as long as it was a Nexus 6 that she couldn’t go wrong with either color (Midnight Blue or White) and that either size (32GB or 64GB) would be fine. In fact, I reversed course in picking this phone, saying that it made more sense to get the smaller version. On my Nexus 5, I’d picked the one with more storage capacity because I kept all of my music on my phone for my Ultimate Car Dock for Android phones. However, in recent months T-Mobile (my wireless carrier) has stopped charging its customers for bandwidth used streaming music, which meant I didn’t need to keep any of my music on my phone anywhere. That’s ultimately what lead me to believe I would be just fine with the smaller capacity of 32GB worth of storage.

We had a pretty difficult time finding the Nexus 6 in stock. I learned from my reading that Google was releasing additional stock in limited batches every Wednesday. One Wednesday I spent all day on the Play store’s devices page for the Nexus 6 and refreshed periodically throughout the day. All day long, they indicated there weren’t any phones in stock, except for briefly one moment it went from “Out of Stock” to “Ships in 2-4 weeks” but by the time I clicked the button to add it to my cart that was out of stock again. Ultimately, I had some luck buying the device directly from my T-Mobile. And even better yet, my wife allowed me to open this present more than 2 weeks before Christmas.

Naturally, the phone’s size is its defining attribute. It is absolutely enormous at 6.29” x 3.26”. I’m not sure if it’s the largest phablet out there, but it’s a bit bigger than both the iPhone 6 Plus and Samsung Galaxy Note 4. This is both a blessing and a curse. The blessing comes from the really large display that fills up most of that space—the 2560x1440 AMOLED screen is surrounded by a bezel which seems to be comparable in its size to the bezel around the Nexus 5.

The unfortunate part of the size is that the Nexus 6 almost certainly requires both of my hands in order to use it. Hopefully it’s just taking a while to get adjusted to the sheer size of the phone, but I also feel less confident when handling it due to its enormity. The feel of the phone is pretty nice. The curved back is an interesting choice and it has a “quality” feel to it that most of my prior phones did not have. My only real complaint is that the back of the phone feels pretty slick; a more sticky material on the back would help a bit in handling the phone, especially those times when a second hand is not available.

While working on the blog, I picked up the Nexus 5 and it felt really really tiny. As quickly as the Nexus 5 started feeling tiny, I imagine the Nexus 6 will start feeling comfortable in my hands.

The upgraded hardware is nice. The Nexus 6 features a verity of improved stats beyond the display, most notably a faster CPU with two additional cores and 50% more RAM. However, having run Lollipop on my Nexus 5 for a few weeks, I haven’t really noticed that extra horsepower in my regular day-to-day use. Using the Nexus 6 feels more or less the same as it did on the Nexus 5. I don’t think that’s an indictment on the Nexus 6, I just think it kind of indicates the direction that we’re heading. The newer, faster hardware just isn’t radically different in newer generations of smartphones.

Of all the numerous hardware upgrades over prior Nexus devices, two jumped out at me in my first days of using the Nexus 6 as being very noticeable.

Firstly, there’s a definite improvement in both of the cameras over the Nexus 5, whose cameras received pretty lukewarm reviews. The Nexus 6 features a rear-facing 13MP camera (up from 8MB on the Nexus 5) and a front-facing 2MP camera (up from 1.3 MP). The few pictures with I’ve taken with both cameras look much crisper and more well defined. 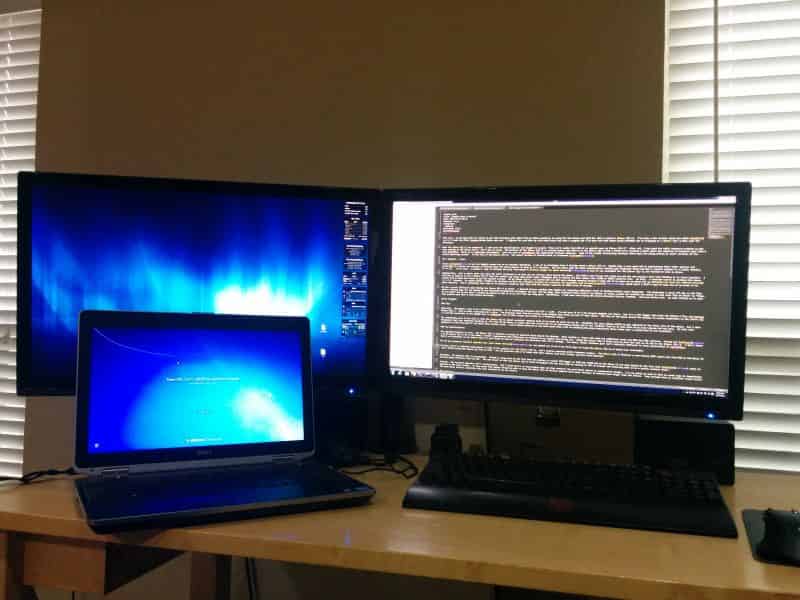 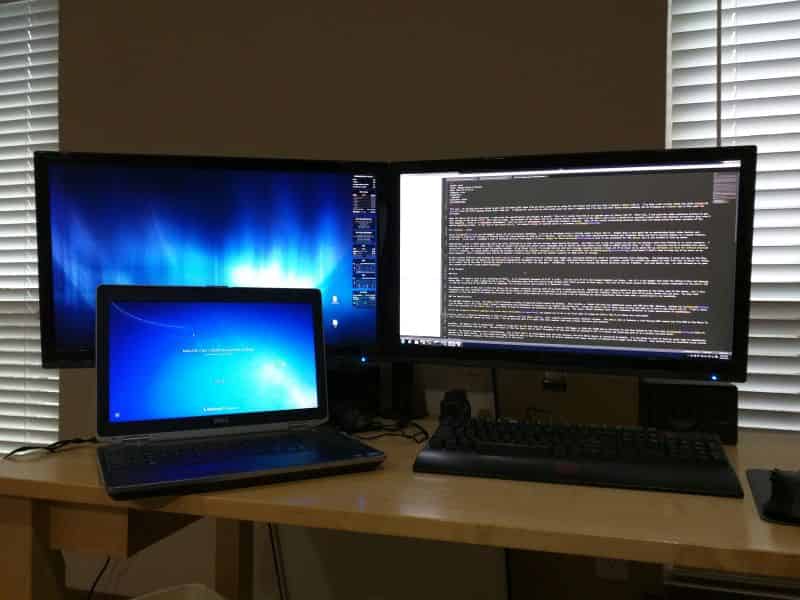 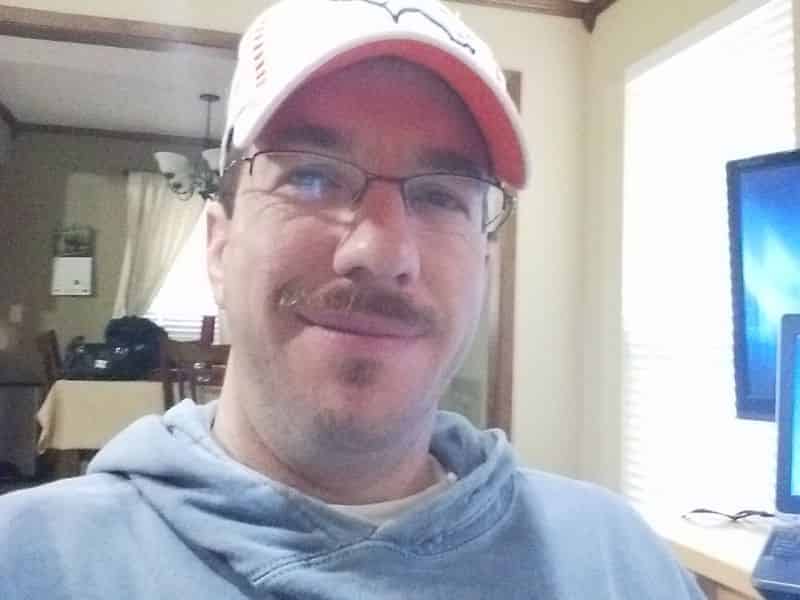 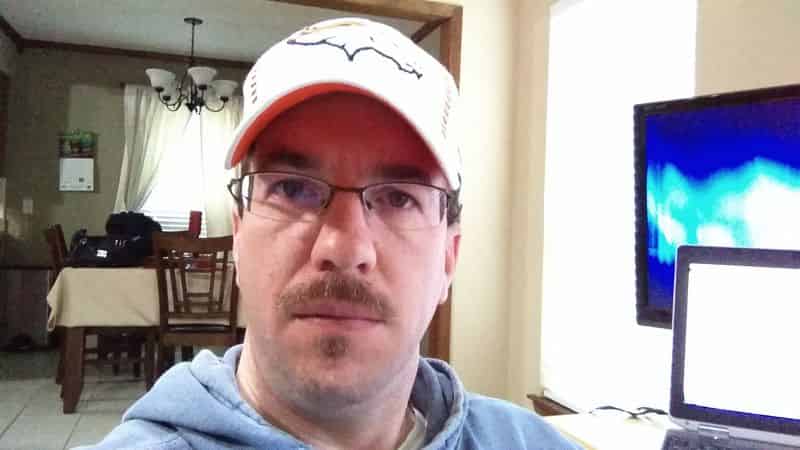 Secondly, the battery life is exceptional—helped in large part by the fact that the battery is nearly 71% bigger at 3220 mAh (2300 mAh on the Nexus 5) and also helped by the fact that Lollipop seems to be more power-efficient than Kit Kat. The end result is that the Nexus 6 lasts throughout the day even with me showing it off to friends and tinkering with it on a pretty constant basis.

Of the two most noticeable differences, I’m most excited about the battery life. I was charging my Nexus 5 on a regular basis throughout the day, most typically during my 45-minute commute to and from work. It’d be really nice if I didn’t have to charge throughout the typical day. But even if I am forced to charge up, the Motorola Turbo Charger claims that I’ll be able to get roughly 6 hours out of roughly 15 minutes on the special charger.

Overall, the hardware upgrades aren’t revolutionary. But I think that’s an encouraging sign and that whenever the next Nexus device is announced by Google, I’m not going to need to feel my usual urge to immediately upgrade to the newer device. It also means that Google should be able to keep the Nexus line of devices updated with newer versions of Android much longer into the future. They already have an excellent track record for past Nexus devices, hopefully this will continue on in the future.

Even though I already had Lollipop on my Nexus 5, I think Lollipop still remains one of the best selling points of the Nexus 6. The latest iteration of Android both looks and performs better than the prior version. The new features of Lollipop are very interesting, I especially like the addition of notifications to the lock screen. The smart lock feature is something similar to what I’ve added myself using apps like Tasker.

Lollipop’s not without its quirks or downfalls, but most of those will be corrected. At the moment one of my favorite Android modifications, the Xposed framework, has not yet come out with a Lollipop version. Additionally, my favorite app of all time, Tasker, appears to be misbehaving a bit in Lollipop. Both of these I anticipate are just part of what happens when you’re an early adopter. The Lollipop upgrade is drastic and understandably would require quite a bit of development time to update my favorite apps and add-ons. Additionally, Lollipop also includes a change to how notifications are managed, and getting things configured just exactly the way that I want them to is proving to be a bit difficult. Most difficult of all is the absence of a convenient way to silence the phone from any kind of interruptions.

Overall, Lollipop is fantastic. It’s quite responsive, it’s visually more appealing and I’m pretty excited that it’s on the Nexus 6. The majority of complaints I have with Lollipop are either because I’m an early adopter or an old fart who is having a harder time with things moving around on him. Both of these complaints will quickly fall by the wayside.

With past Nexus devices, Google built and sold the devices at an extremely competitive price point. It was hard to beat the bang for buck that you got from the Nexus 4 and the Nexus 5. The Nexus 6 is a bit of a different animal. It’s priced competitively, but it’s not hands down the best deal amongst the current phablets. This was a bit of a disappointment for me; I was expecting for the Nexus 6 to beat the pants off of other phablet phones. As it is, it’s priced in the middle of the pack. Its off-contract price is $100 cheaper than the cheapest iPhone 6 Plus and Samsung Galaxy Note 4, but it is also $50 more expensive than the LG G3. I used T-Mobile’s and AT&T’s off-contract pricing on the phones to come up with these numbers, but I found quite a supply of unlocked versions on Amazon that were well under the carriers’ off-contract prices out on Amazon and eBay.

I think the Nexus 6 is a reasonable value. I think its price is being propped up a bit by demand that’s out-pacing the supply and that buyers like me are paying a premium right now. I wouldn’t fault someone for buying any of the other phablets either. As opposed to earlier Nexus devices, the Nexus 6 isn’t nearly the no-brainer that the Nexus 5 and Nexus 4 were before it.

As part of a promotion, Google is currently giving Nexus 6 a free six-month subscription to it’s Google Music All Access service, which essentially allows you to stream any of the music in their catalog. Ever since T-Mobile’s free music streaming was announced and included Google Music, I’ve been meaning to give this a try. Getting 6 months for free for buying a Nexus 6 is a pretty nice benefit, maybe even qualifying for consideration as the icing on this upgrade cake. 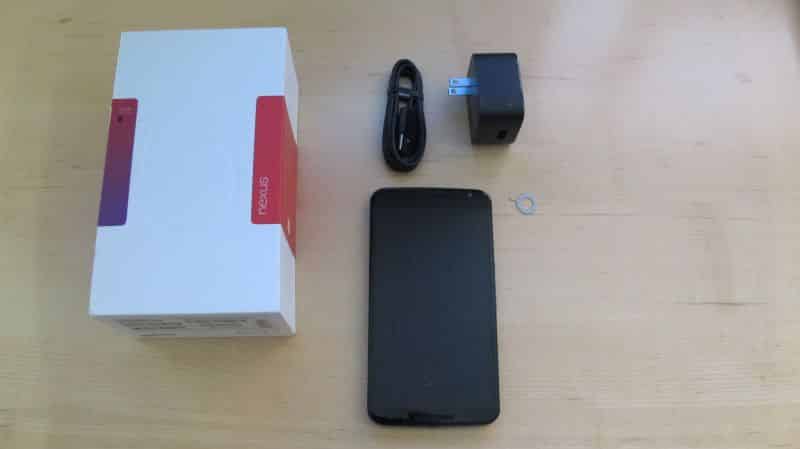 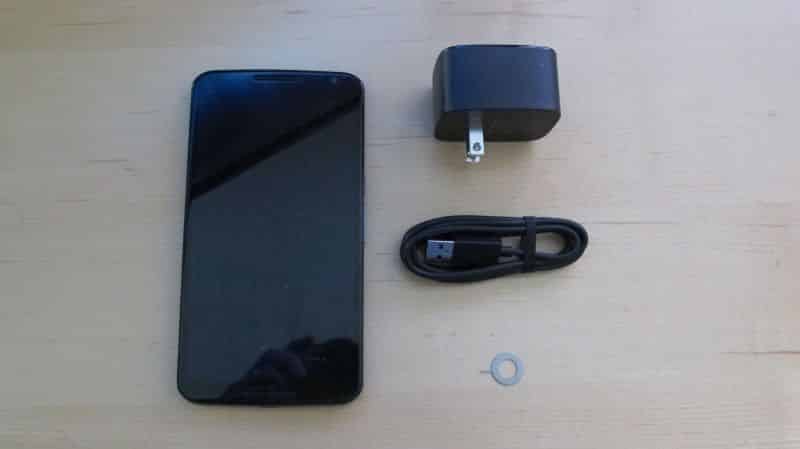 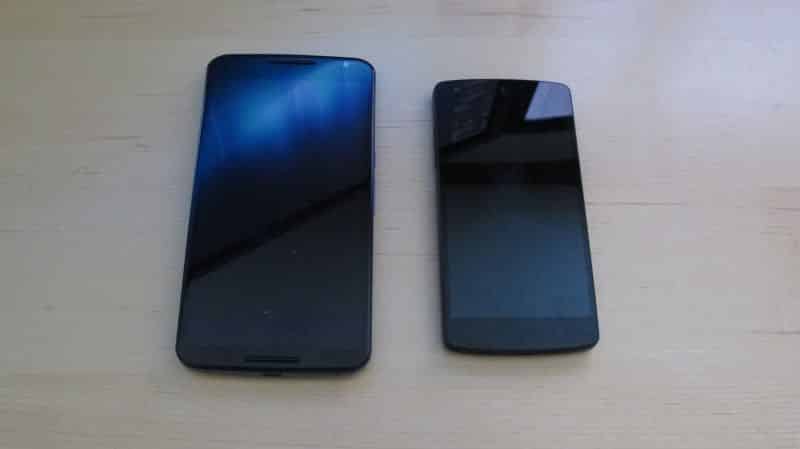 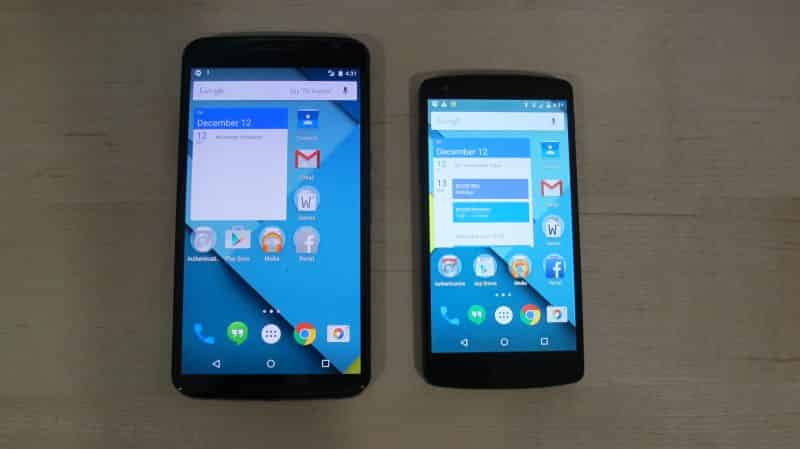 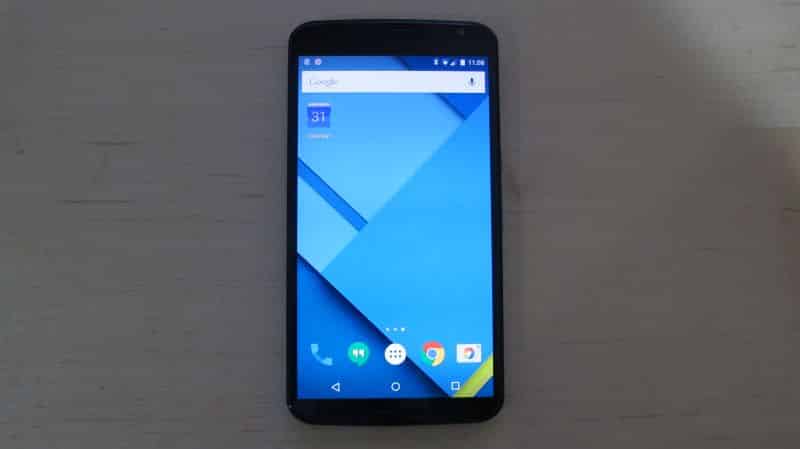 The Nexus 6 is a fantastic device, especially if you’re considering a move from a regular-sized smartphone into the phablet space. And so far, Lollipop by itself is a fine reason to purchase the Nexus 6. However, in my case as a Nexus 5 user that was already running Lollipop, this negated one of the key features of this upgrade. My recommendation to fellow Nexus 5 users would be to think carefully before upgrading. In the event you’re like me and you’ve been itching to try out a phablet for quite some time then an upgrade to the Nexus 6 makes sense. Otherwise, I’d find a way to get your Nexus 5 updated and running Lollipop instead.

Ultimately, I’m really excited to be using the Nexus 6. It’s a fantastic Christmas gift that’ll surely keep reminding me this year of what a lucky husband I am.