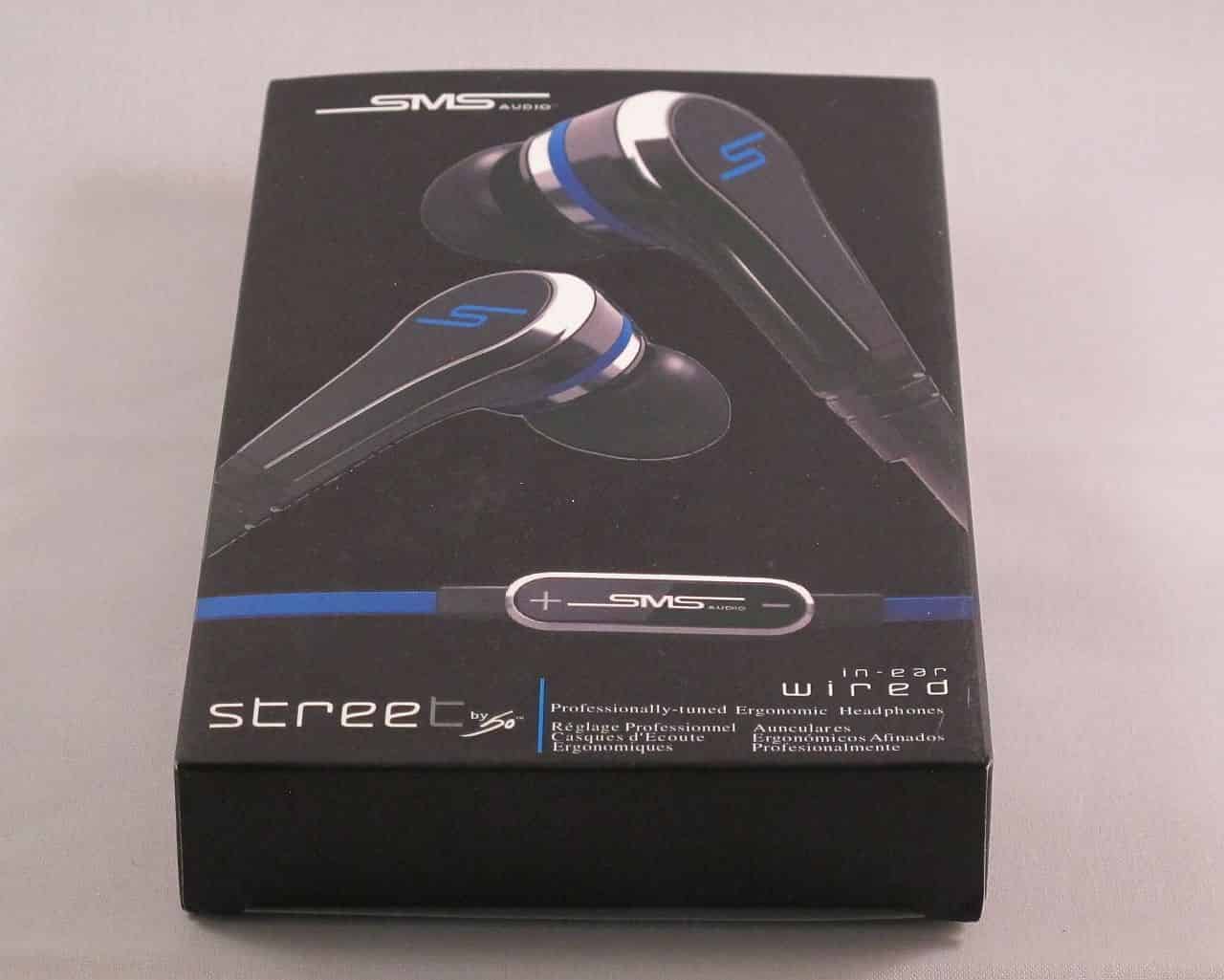 My July Gizmo Crate arrived today on August the 4th. Gizmo Crate painted themselves into a corner a bit when their June crate wasn’t delivered until a couple weeks into July. I’ve been a customer since their first crate, so I had been expecting growing pains from Gizmo Crate at some point. Besides, for the most part, I was getting a pretty good deal for what we had paid. But that patience wound up being put further to the test in June by a lless-than-impressive where I was easily able to find the same or similar items much cheaper from Amazon. A little flummoxed, I extended Gizmo Crate the benefit of the doubt.

As July progressed I received an email update from Gizmo Crate which explained a change in their process. Beginning in July we were told that all future crates would not actually ship until the end of the month on the 30th. The shipping date on previous crates had been communicated to us as the 20th of each month.

We would like to inform you that certain changes in the management team of Gizmo Crate have changed. As we have transitioned teams to better serve our members with the utmost in quality products and customer service we apologize if this transition and any previous customer service related issues have caused you an inconvenience now or in the past.

We are happy to announce that we have completely taken over of the wheel and look forward to only making your experience with us top-notch.

Please know that because of this transition and change in personnel (both in the administrative and warehouse team) have caused some delays in July’s Gizmo Crate shipping.

We are on track to be on time every month but wish to inform you that shipping dates for Gizmo Crate from here on forth will be the 30th of every month.

This allows ample time for our vendors to ship product without delays and proper times to package and deliver your packages with priority 2-3 day service.

We appreciate all our members greatly and are truly sorry for the inconveniences you have had to endure with us but we assure you that we are new and are ready to make it up to you.

Customer service is our #1 priority and we are here to assist you with anything you need.

If for any reason you wish to cancel please respond to this email with “CANCEL” and we will gladly take care of it for you.

We thank you again and appreciate you! We look forward to sending you awesome boxes every month filled with cool goodies.

If there is anything we can do to further assist you please don’t hesitate to let us know.

My immediate reaction to this email was not positive. I wasn’t exactly excited. I emailed them back suggesting that they delay a crate by a month, extend everyone’s subscriptions by a month and concentrate on delivering a crate the same month it was supposed to originate from. After receiving this email, I was tempted to cancel my subscription, which was ending in July, but because they assured that billing wouldn’t happen until I’d received the July crate, I figured there wasn’t any harm and that they’d earned the opportunity to evaluate the crate before deciding the status of my subscription. Besides, I’d been promised they’d knock our socks off with July’s crate after the fiasco of June’s crate.

Then the 30th came and went without the tracking numbers. And then so did the 31st. On Friday, August 1st I was excited to wake up and see an email notification from Gizmo Crate on my phone, but this was an email advising me that my subscription had been automatically renewed for the next three months.

To their credit, when I contacted the Gizmo Crate support team they immediately refunded my credit card after charging me for my renewal. They even offered a 10% discount on my next subscription as an apology for the inconvenience.

Ultimately, I received my tracking number for July’s crate the evening of August 1st after 10:00 p.m. At that point, I decided that the July Gizmo Crate better completely blow my doors off if they wanted to keep me as a customer. When my wife told me today that the new Gizmo Crate had arrived, I was looking forward to getting home and opening it up to see what’s inside.

July’s food unit is a Bear Naked Nutty Double Chocolate Layered Granola Bar, which pretty much hits the nail on the head; I love granola bars. I probably eat one every couple days. Granola bars inferior to this one are a staple around our house. Much like all the prior food units, the Bear Naked Bar did not survive the writing and proofreading of this blog.

The first geeky item is a dual-port USB power adapter, featuring both a 1.0 Amp port and a 2.1 Amp port. I couldn’t find an exact match on Amazon.com but I did find something pretty similar. I’ve been working on a project in my garage and I’d been using the bluteooth speaker I received in my first Gizmo Crate back in February, but bluetooth drains my phone’s battery faster than I can paint ceilings and walls, which means I need up to two chargers when working in the garage for an extended period of time. I had even been considering searching for a USB AC Adapter that could charge both the speaker as well as my phone at the same time. Even though I had USB AC Adapters coming out the wazoo here at the house, they all had single ports, and it’d take two of them to charge both devices. In this regard, this item was quite fortuitous even if it’s relatively inexpensive.

The second item included in the box was a bit comical, a pair of 8-bit sunglasses which I thought were a pretty clever novelty item. Unfortunately, they’re not very comfortable since all those 8-bit blocks’ corners dug into the bridge of my nose, qnd they’re pretty cheaply made. I can’t imagine wearing these for any kind of duration. They’re good for a chuckle, but not a whole lot more.

The third item was a screen protector for the iPad 2 / 3 / 4. I tried my hardest to look one up on Amazon.com, but the closest I could get was a 3-pack of iPad 2 / 3 / 4 screen protectors. Unfortunately, aside from my iPad Air, all of our tablets are Android. Furthermore, considering the industry’s use of materials like Gorilla Glass, I’ve always thought the whole “screen protector” suite of products to be unnecessary and maybe a bit of a scam.

Ultimately, the fate of this month’s Gizmo Crate wound up in the hands of the fourth item; a pair of STREET by 50 Cent Wired In-Ear Headphones by SMS Audio, which I found to be a rather surprising selection, e specially considering the fact that I’d already received a pair in March’s Gizmo Crate! I was really shocked that I was only six months in and receiving the same item for a second time, especially when you considered what a disaster the prior month’s crate had been due to its poor selection and considerably late arrival. 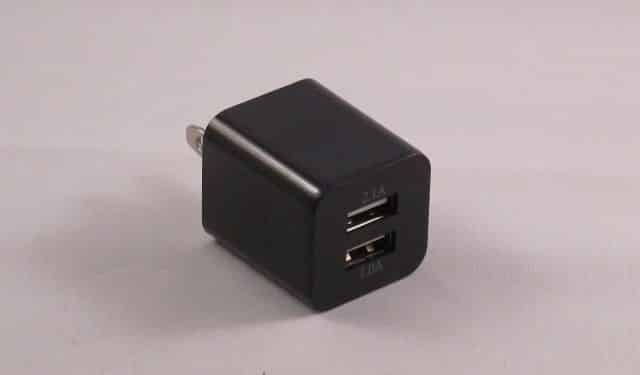 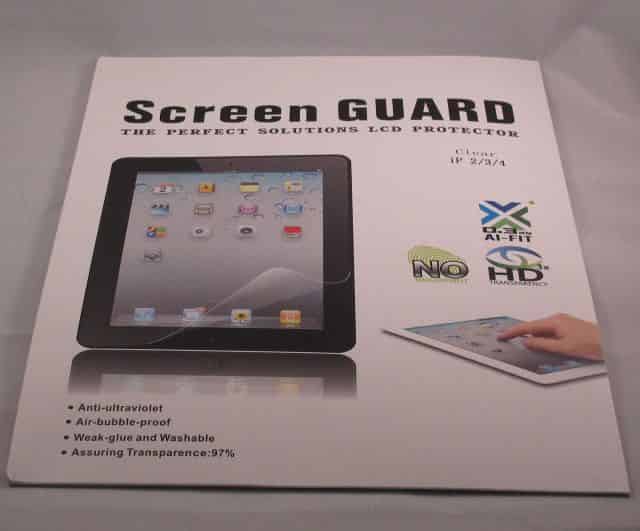 There’s no question that the value of the July crate is equal to or greater than the cost of the Gizmo Crate, and in that regard, I think it’s a good deal. I think the USB AC Adapter and the 8-bit Sunglasses will not be getting much use from the majority of people because most geeks are going to be knee-deep in USB AC Adapters and few of us geeks would find the shades comfortable enough for everyday use. The iPad screen protector is probably useful, but it’s too product-specific. Lastly, the earbuds are an excellent value, just like they were when we got them back in March.

It’s been a rough go of it for the Gizmo Crate the past couple months. They’ve managed to make deadlines and then subsequently miss them on a frequent basis. They’ve promised they accounted for those delays by making sure nobody’s subscription will renew before they get a chance to evaluate the month’s crate, but those renewals are still happening. They’d already had a disappointing pattern of delivering items which overlap the function of items from the prior months’ crates. And finally, they’ve shipped the same item as they’d already shipped a few months earlier. Considering that this happened in probably what was one of the most important months in Gizmo Crate’s history, you don’t get a very positive impression of what’s to come next month.

It’s been a fun six months, but after the last two I’ve decided to go ahead and cancel my subscription. What about you guys? Are you sticking with Gizmo Crate? What kinds of items would you rather see in upcoming months?