Just as I feared, it’s been quite a while since I’ve made any headway on my Garage Makeover project. I started back in March of 2013, with very ambitious plans and little to no regard for the upcoming summer. Unsurprisingly the summer was hot, hot enough to completely sap my interest in the project. As the summer dragged on, I came up with a plan to address the heat in my garage. But I continued to lack the motivation to see the Garage Makeover to its completion. Making matters worse, all of the budget I would’ve spent on this project wound up being diverted into having the nearly forty-year-old windows around the entire house replaced. Nevertheless, the garage makeover project is now an obstacle for my arcade cabinet project. Having this many projects stuck in neutral is a bit annoying, so over Independence Day weekend, I went out and assessed the garage’s status.

Sadly, in the last few months my garage has gotten quite messy! We’ve begun accumulating stuff, and the result of that accumulation is now in the garage. Part of my original motivation for addressing the garage was my anticipation of exactly this kind of accumulation. I feel pretty smug in being able to predict the future, but a bit foolish that I didn’t do anything with that advance knowledge. In addition to this accretive gain in goods, there’s an additional car I’d like to fit into the garage next to my 2002 Corvette Z06. Originally, the only vehicle that was going to be in the garage on a regular basis was going to be the Corvette, so I need to account for this somehow.

My original hope was to temporarily move stuff out of the garage onto our covered patio, build shelving, and then move the stuff back into the garage as I completed that part of the project. Now that we’ve gained so much additional stuff, I’m going to have to rethink that approach. Rather than build that shelving, I will buy some shelving ahead of time and assemble it out on my patio. There’s still some storage I’d like to build myself, but the basic shelving will be purchased rather than built.

I wound up ordering five sets of shelving from Amazon which arrived last week. On Thursday night, we set the shelves up on the patio and this weekend I started evaluating the state of the garage. I wound up moving things out that had gathered a bunch of dust from the scraping of the popcorn ceiling and sprayed them off with a hose in the backyard. Everything else was slowly moved from the garage onto the shelving temporarily set up on the patio. The shelving on the patio was covered with some tarps to give the illusion of protection from the elements. Hopefully, the contents won’t get too bothered in the event of a rainstorm.


The next step is going to be patching, preparing, and retexturing the ceiling with something other than the abominable popcorn, after which I plan to fill some imperfections in the walls and then paint them also. Once all that work is completed, I can move everything back into the garage from the patio. The shelving will go along one of the two sides of the garage and possibly get anchored to the wall to keep them stable. After that, I’d like to make the majority of the adjacent wall into pegboard storage for all of my miscellaneous yard tools and sports equipment. Finally, we’re going to build a decent workbench to locate somewhere not too far away from the tools and the air conditioning! 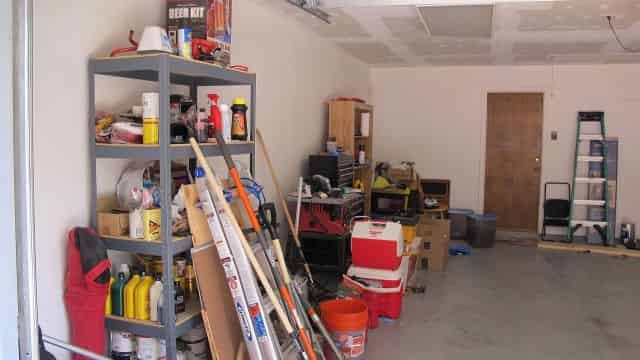 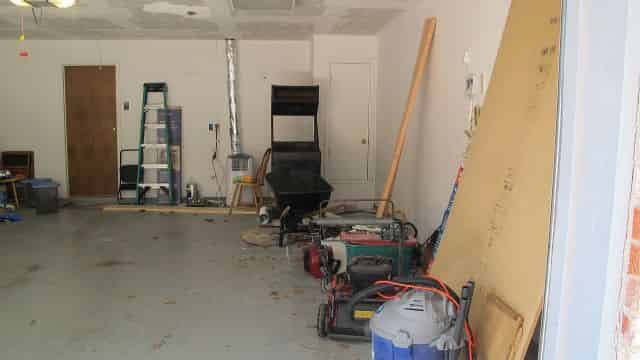 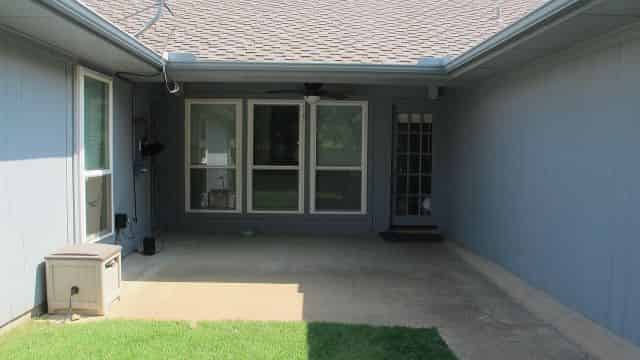 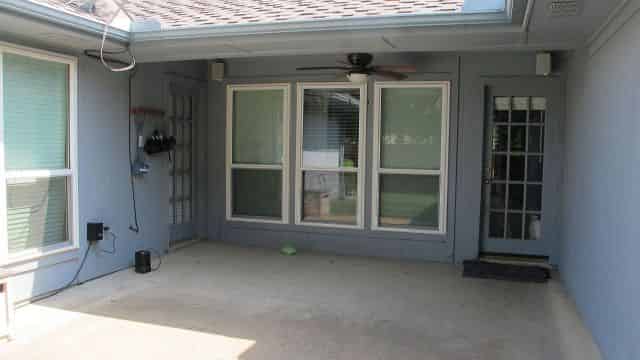 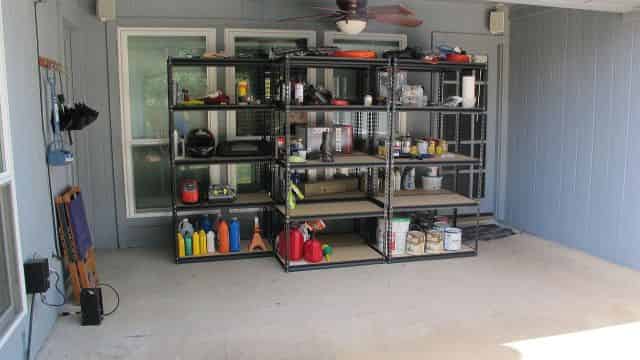 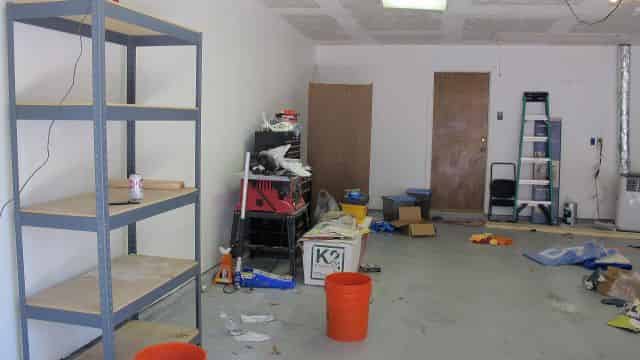 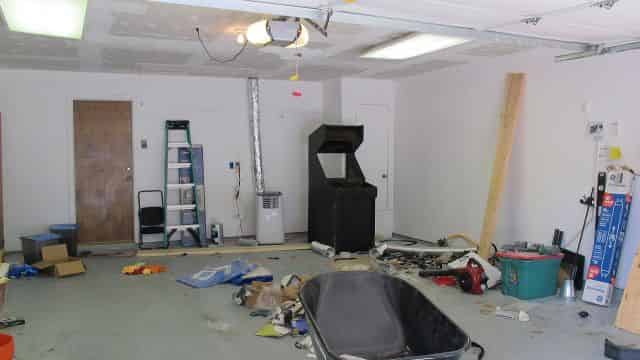 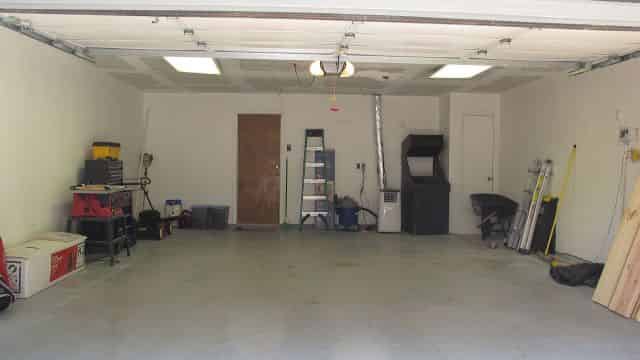