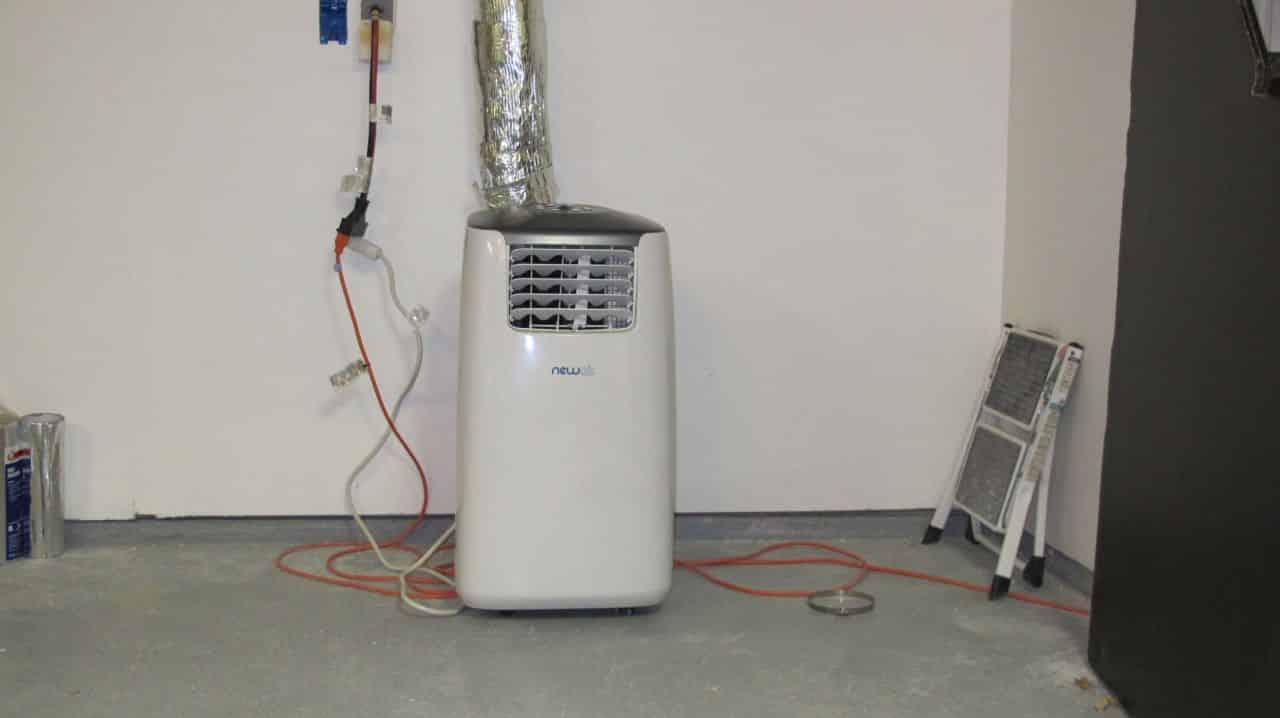 In the beginning of this spring I started a project to give a facelift to my garage. I was making progress the first couple weeks of spring, but because this is Texas it very quickly became unbearable to be in the garage. Spring may not have technically ended according to the calendar, but according to Texas it was summer time. So, finishing my Garage Makeover slowly slid down to the very bottom of my to-do list.

The architecture of our house (and I assume, many in Texas) includes keeping the hot-water heater in the garage. Because of this, garages have to be insulated well enough to keep the hot-water heater from freezing over during our modest winters. In my garage, the walls, the attic and even the garage door have some degree of insulation. Our recent trip to Washington state included staying at a cabin which used portable and window air-conditioning units throughout the cabin in place of a centralized HVAC system. Upon returning to Texas and working on the arcade cabinet, I began to wonder if it’d be possible to use a portable air conditioner in my garage.

During an unrelated trip to Lowe’s I spitballed my idea at Pat to air-condition the garage. We’d both seen where people had placed window units in a panel on their garage door, but I use my garage door to park my car, so I couldn’t do that. There also aren’t any windows in the garage, which completely ruled out a window unit. On an impulse, I checked out their air conditioning units and felt like we could pretty easily run some ductwork up into the attic to handle the exhaust of a portable air-conditioning unit. We eye-balled a couple different portable A/C units and settled on a 10,000 BTU unit and we figured that the exhaust was about 4 inches and bought some various dryer exhaust ducts. The Lowe’s we were at had some issues with selection, so we wound up buying 4” ducting to run up to the ceiling and then some 3” ducting in the attic to park the exhaust right near an attic vent.

Unfortunately, DIY newbies like myself should never launch into a project on a whim. When we got home, we soon discovered that the exhaust ducting that came with the A/C unit was 5 inches. We made a couple different trips back to Lowe’s and Home Depot looking for 5” ducting bits and pieces and basically struck out on what we needed. So on a lark, we decided to use some things we found around the Lowe’s to adapt down from 5 inches to 4 inches and hooked up all of our duct work.

At first, I thought we were geniuses. We fired up the portable air conditioning unit and instantly cold air was blowing in the garage. We took little notice of it, but the 4” duct snapped itself taut as it began dealing with the volume of exhaust being pumped out by the A/C unit. Within the first few minutes, we noticed that the air conditioner had shut off and it was on fan-mode only. A few minutes later, it cranked back up and began to cool. A few minutes of cold air followed by a few minutes of fan only. The temperature in the garage seemed to be falling, or so we thought. We decided to go inside and come back out after an hour or so. An hour later, I went out into the garage, and it hadn’t cooled down any further than the hour before which I thought was unusual. Upon further examination, the exhaust hose had become disconnected and the hot exhaust air was just being pumped into the garage. We fixed this, then went back inside for another hour or so and checked back on the garage to find that it really hadn’t cooled any further. We checked the exhaust hose and realized that there was hot air leaking from the exhaust hose through a number of small holes. We also noticed that the hose was quite warm to the touch. At this point, we decided to go ahead and use duct tape anywhere we felt air escaping the exhaust hose and then to let the thing run overnight to see if it ever cooled down.

The next morning, I was hoping to go outside into a “chilly” garage. However, what I discovered was that the temperature was still pretty high. It was cooler than what it had been the night before, but the temperature outside had dropped more than the temperature in the garage. The A/C unit was still acting the same way, a few minutes of cooling and then a few minutes of hot air only. I decided to unhook the A/C unit and then run it all day in its more normal configuration: through its exhaust hose, which would be hooked up to one of our windows inside the house. I set the temperature down to the lowest setting and let it run for hours, and in those hours it never stopped blowing cold air. Based on this conclusion and a little bit of arithmetic (Hooray, pi!), we decided that we were foolish in the first place to try and adapt all the way down to 3 inches. We figured that our exhaust was too small and that the unit was overheating and shutting itself down. Furthermore, in doing some additional research, I decided that the 10,000 BTU Portable A/C unit probably wasn’t big enough. Measuring the garage, it’s about 505 square feet. The information I found all suggested that at least 12,000 BTUs would be needed to cool that big of a space, and I also felt square footage was probably a bad way to be communicating that. Square footage didn’t account for ceiling height, how much direct sun the room gets, the insulation or the typical ambient temperature. All of those factors could dramatically change how much cooling a room would need.

Having learned our lesson (hopefully), I returned everything that we could and went back to the drawing board. I decided that we were going to need a 14,000 BTU Portable Air conditioner, 5” ductwork for the exhaust, and some sort of insulation to prevent that exhaust duct from turning into a radiator that worked against the A/C unit by heating the room.

Setting everything up was pretty straightforward except for the Speedi-Collar SC-05 5-Inch Diameter Take Off Start Collar without Damper for HVAC Duct Work Connections. With two of these, we wound up using a hacksaw, a drill, a file, some caulk, and a few nuts and bolts to create a flange. That flange we stuck up through the bigger 5-inch hole in the ceiling. On the other side of that hole, we had affixed a couple 1x2” boards between the ceiling joists. We screwed the flange right up into those 1x2”s to hold it firmly in place in the ceiling. In the attic, we used the 5” duct, the 5” duct connectors, some 5” clamps and the pipe strapping to run the duct work from the ceiling to near one of the attic vents. Inside the garage we used all the same parts and some self-adhesive insulated duct wrap to insulate the duct and then we hooked it up to the duct that came with the A/C unit. All of this went rather pleasantly. We powered up the A/C unit and sat there enjoying the cold air in the garage.

I’ve been doing my testing. The weather is a bit cooler than when we started this project; today’s high was only 95. I let the NewAir AC-1400H run all day while I was at work. When I got home, around 10 hours later, the garage felt nice, and it was a reasonable 76 degrees in the garage. Unfortunately, all of the heat coming off my car warmed the garage up to 85 degrees within a half hour of being home. After seeing that, I ended my experiment and turned the A/C unit off. There’s no use having it running while a hot car is in the garage. However, next time I want to work in the garage, I can move the car out of the garage and turn the A/C unit on a few hours before I start working and I think the garage will be considerably more comfortable than it has ever been before. I don’t think that the insulation, the size of the garage and the cooling ability of the portable air conditioner will ever enable me to set a temperature on the A/C unit and have it maintain that temperature all day, but I’m quite confident that with it running we can keep the garage much cooler than the ambient temperature and hopefully be able to work in the garage year-round. 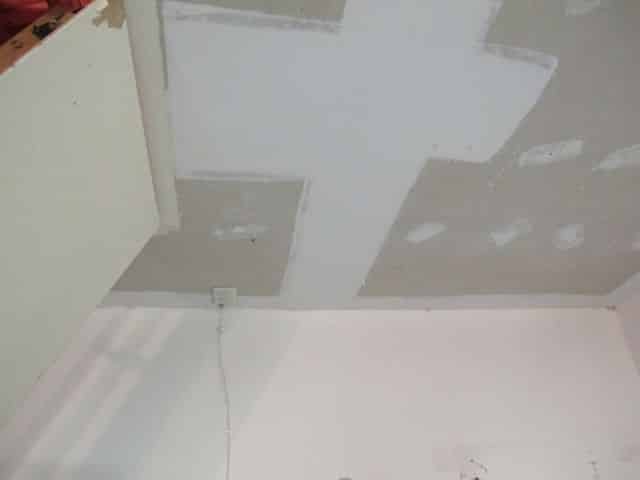 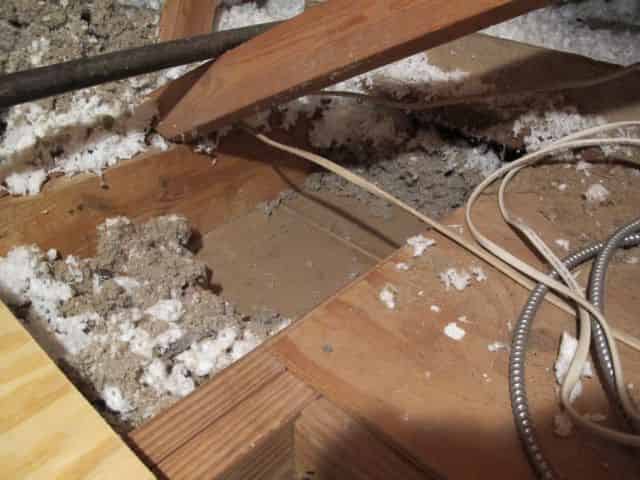 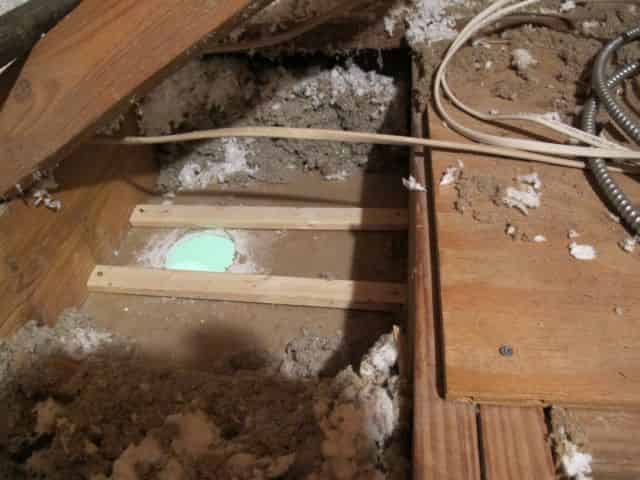 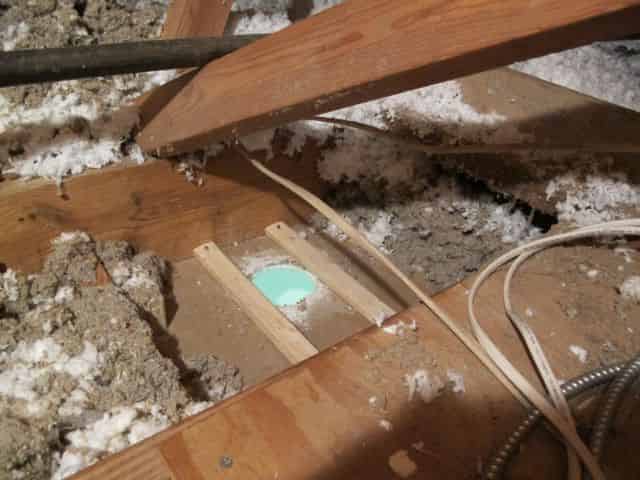 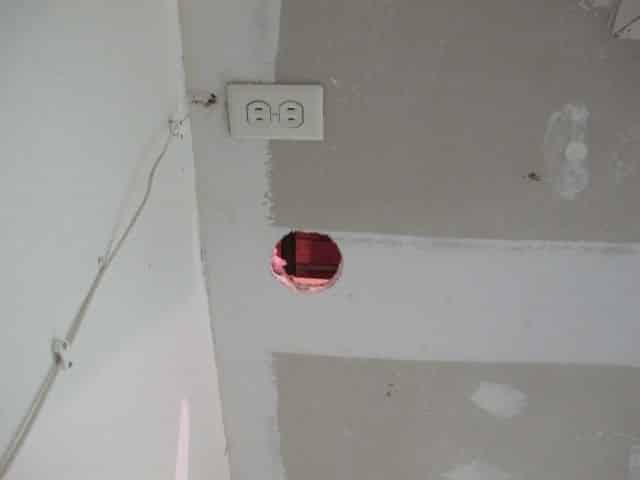 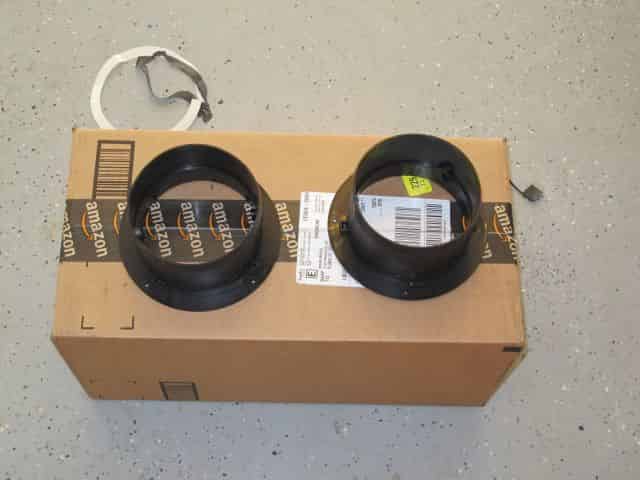 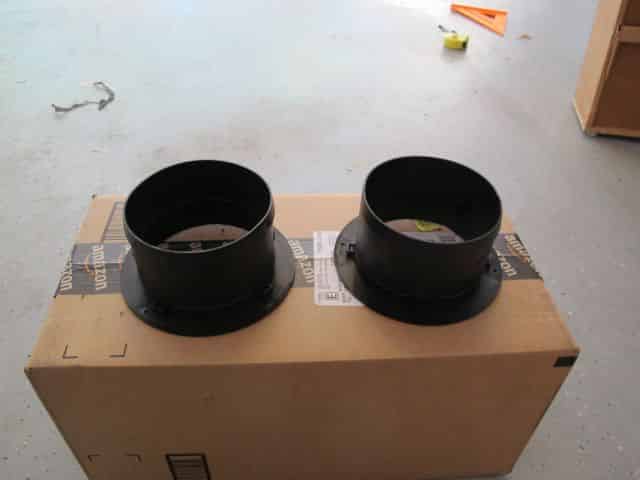 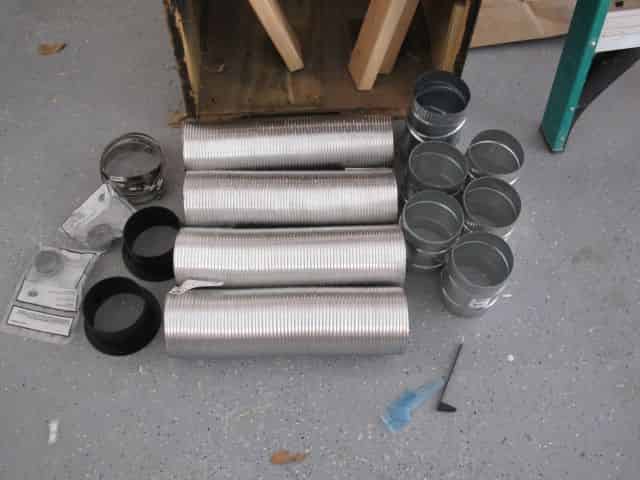 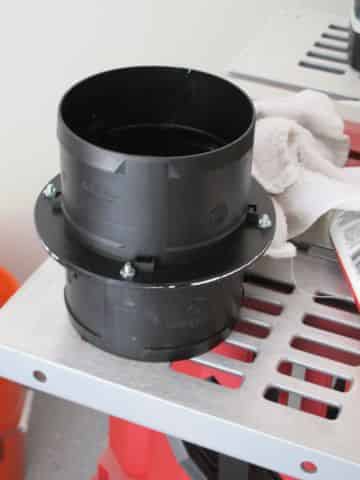 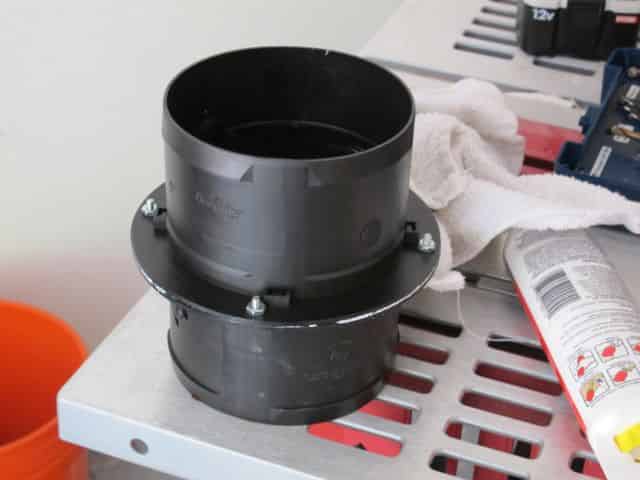 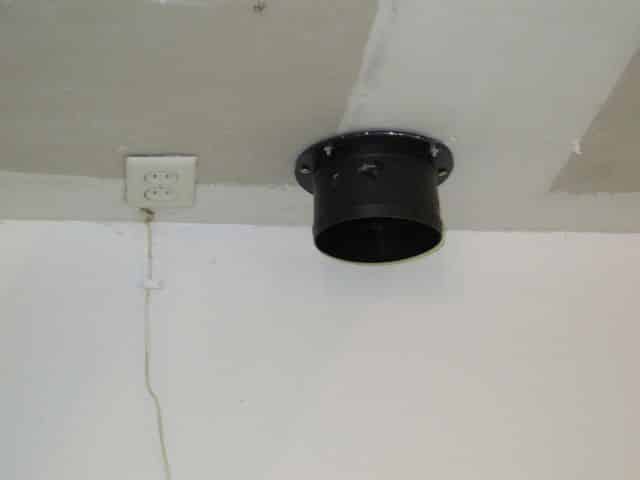 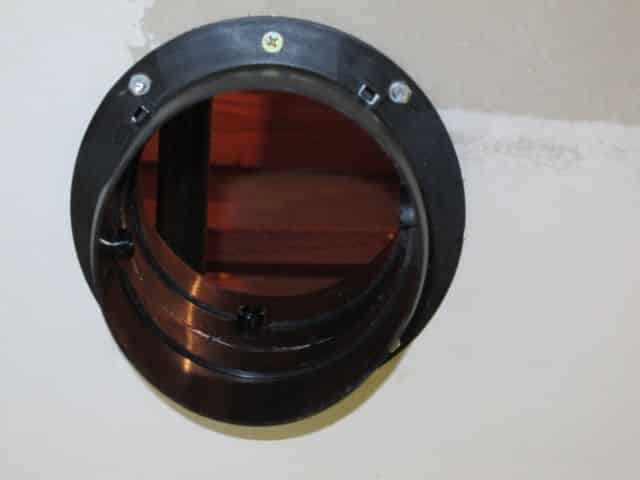 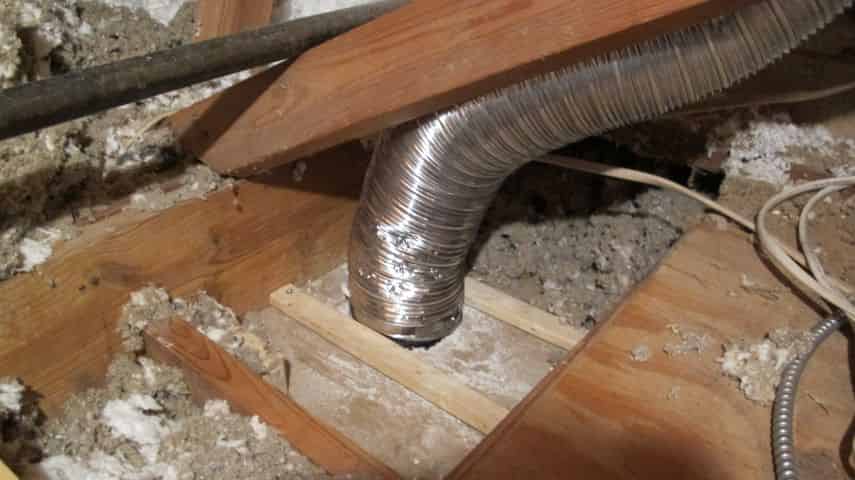 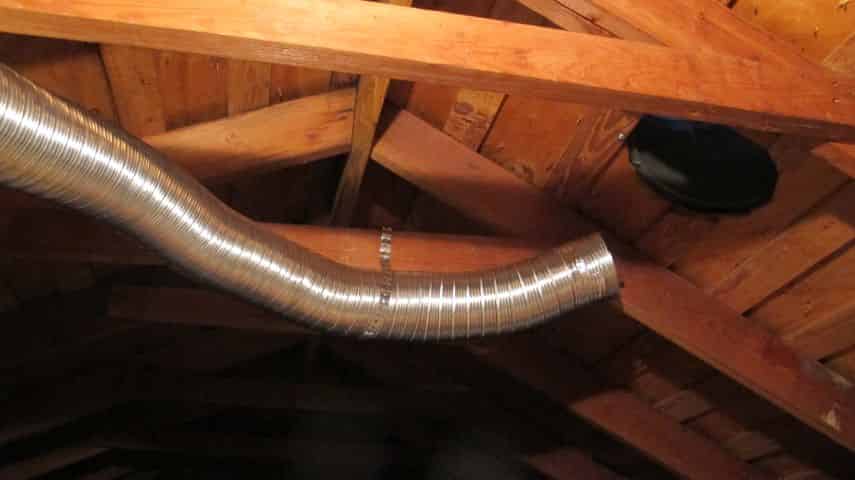 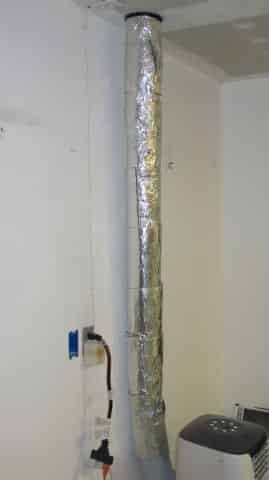 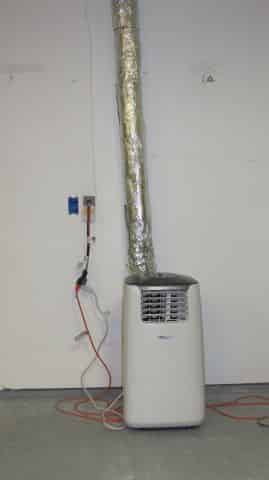 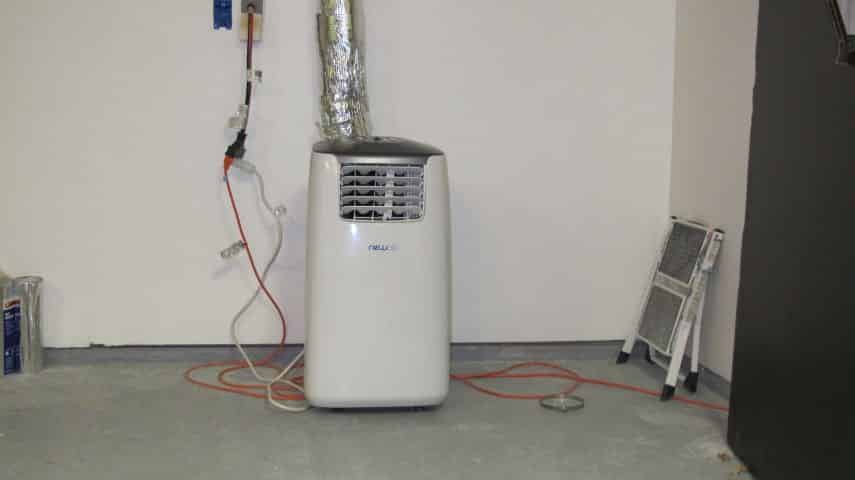