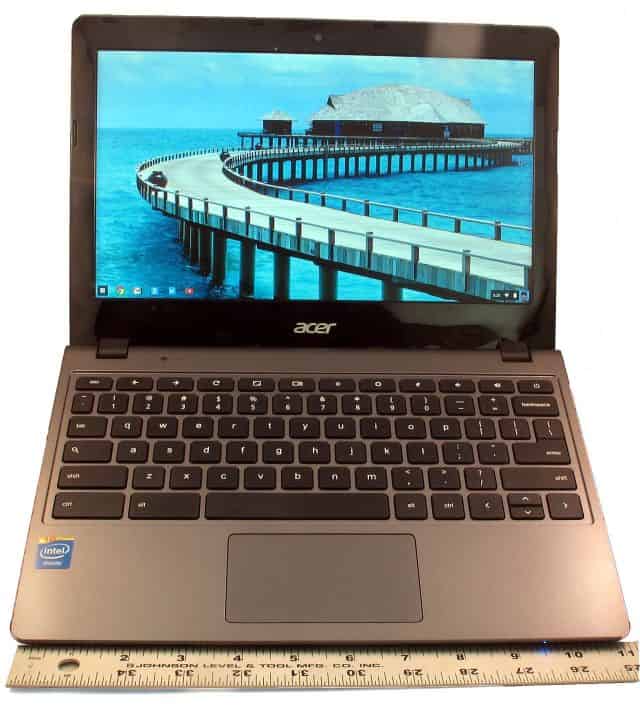 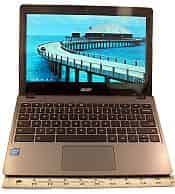 In the past decade, I’ve switched positions on mobile computing more times than I care to admit. I’ve run the entire gamut. I thought that at one point that my desktop-buying days were over and I’d only own a laptop in the future. But I couldn’t stomach the expense of trying to keep up with new video games. I tried buying middle-of-the-road desktops and laptops to get the best of both worlds, but I really wound up getting neither. When I bought my first tablet, I envisioned using a tablet for all of my mobile computing and using a beefy desktop for everything else. But I found the tablet universe a bit constricting when it came to working on my blog, specifically trying to write. I thought maybe a bigger tablet would allow for better writing, but the onscreen keyboards just don’t cut it, and every tablet keyboard I found would require sitting at some sort of desk or table.

However, the tablet spoiled me. It was small, portable and convenient. I couldn’t envision hauling around another typically-sized laptop, and especially not the gargantuan desktop-replacement laptops that I had sworn off. But small, portable laptops are not affordable, even the older ones. Ever since the first ASUS Transformer I have been keeping my eye on netbooks, something ultra-portable and capable of taking care of 70-80% of the computing that I’d need to do away from my desktop. But I’ve always felt that they were a bit expensive; at their cost I could have bought a low-end laptop or a used laptop with a bit more horsepower. But ultimately that laptop would be nearing obsolescence and would likely still be much bulkier for my tastes.

When Chromebooks first got announced, I was pretty interested. The concept of Chrome OS seemed interesting, but I was curious and hesitant to bring on yet another operating system. Due to buying an iPad, I was up to five different operating systems running in the household. Even with all the things in “the Cloud,” I was concerned about being able to contiguously perform tasks across my different devices. Thriving in an iOS/Windows/Android universe emboldened me to start seriously considering a Chromebook.

I started shopping the different Chromebooks. I originally honed in on the HP Chromebook 11 and the HP Chromebook 14. My experience with the Nexus 7, the Nexus 5, and other Google-influenced hardware has has left a positive imprint on me. The price was in the right neighborhood but I had a concern that my Chromebook might very quickly be gathering dust and neglected if it didn’t work out so the expense worried me. My lack of impulse control when it comes to gadgets and devices is pretty severe and there are a few devices that didn’t catch fire sitting around the house.

Ultimately, I wound up coming across an article on Gizmodo advertising a refurbished Acer C720 for $150 a couple weeks ago. The specifications seemed to be on the lighter side but I was pretty confident that horsepower wasn’t going to be what I needed to do on my Chromebook. Plus, the price was quite right. The Acer C720 is a slightly older model than latest Chromebook coming out, but my research suggested that the C720 had enough horsepower for me. My biggest concern was internal storage, but that fear was dissuaded by the fact that it was possible to upgrade the internal storage. And by the fact that Based on Google’s recent price drop on Google Drive, I didn’t necessarily think more storage was needed unless I tried to do something exotic like dual-booting. 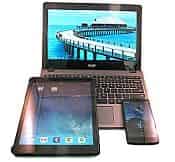 I was pretty excited for the Acer C720 to show up and was a bit disappointed that the device only had a sliver of battery when I first turned it on. I let it charge overnight and set out to write the entirety of this blog on my new Chromebook. My blog engine is Octopress, so the first thing I did was find a way to move my Octopress files to Google Drive. Previously, I’d been doing the same thing on Dropbox. I was a bit surprised at how difficult it wound up being, not because of the Chromebook, but more because of how Google Drive Client works, but in the end there was nothing too tricky that my (somewhat) clever mind could not get me around. I had not extensively used Google Drive yet, so I’ve had a few hiccups, mostly where my Windows client stops synching files.

Initially, I had some cordial disagreements with the keyboard. The layout is a bit peculiar. Specifically, I have been having a hard time with the enter and backspace keys. Nothing especially significant, but the first few instant messages and paragraphs of this blog were a bit interesting and strewn with interesting oddball characters. After a couple hours and a few paragraphs into this blog, I started settling and began to get comfortable with the keyboard.

Using the Chromebook is a bit interesting because of Chrome OS. It’s a bit peculiar that everything runs as a browser tab or extension, but it isn’t a bad thing. I’ve found Chrome OS to be pretty easy to use. It did not take me long on the Chrome Store to find a text editor for editing my blog, Google Drive is handling the synching of the blog files, and a Remote Desktop Client back to my desktop PC for some previewing of my very rough drafts. Having a few Chrome tabs opened, my text editor, the remote desktop client and other random stuff open without any issues. 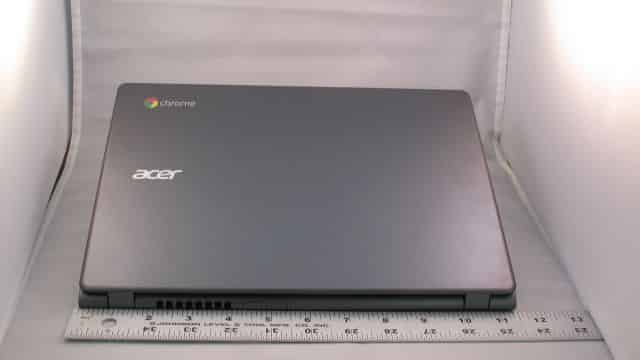 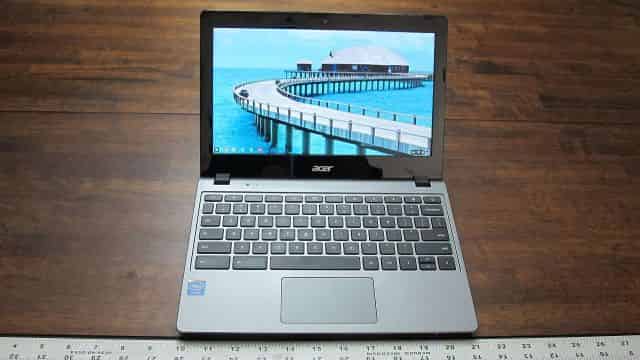 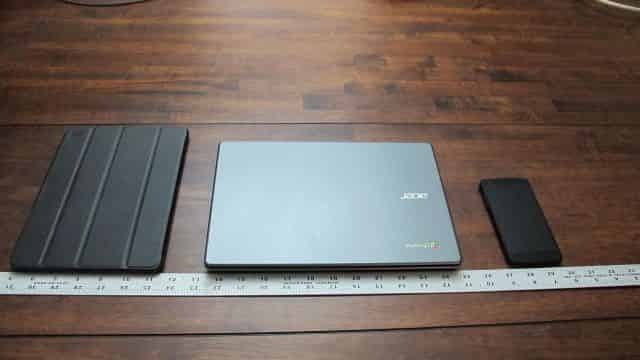 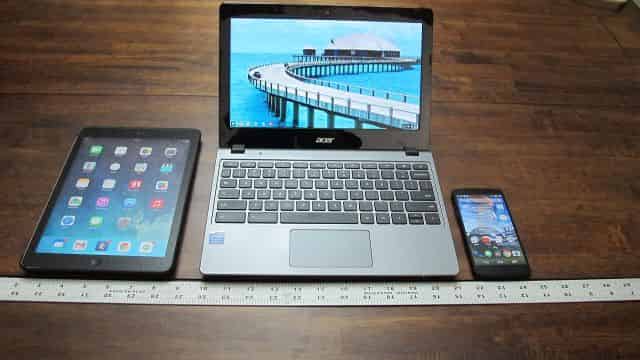 All things considered, I think that my iPad Air, Nexus 5 and Acer C720 have turned into the perfect trifecta for my mobile computing needs. They’re all small and portable enough to be easy to use everywhere, plus they’re capable enough that I’d gladly leave laptops behind. The growing cornucopia of operating systems on my devices isn’t much of a hurdle, everything that I’m concerned about is synchronized across the devices with Google Drive and Google Chrome. I am really impressed with how lightweight and inexpensive the Acer C720 turned out to be. Despite some early awkward opening forrays with the keyboard, I wound up enjoying writing this blog over a few hours of leisurely weekend television watching perched upon my couch.