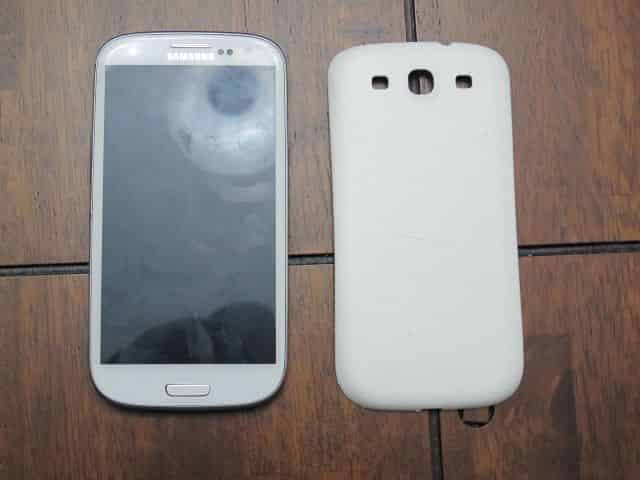 Plasti Dip is interesting neat stuff. People are doing all sorts of interesting things with it that get my attention, mostly with cars. Ever since seeing the first few As-Seen-on-TV type commercials I’ve been trying to come up with an excuse to buy some and play with it.

That chance finally presented itself. A few months back, I added wireless charging to my Samsung Galaxy S3 by taking apart some old Palm Pixi phone covers and using some copper tape and scotch tape to transplant it into the back of my phone. Unfortunately, the backs of the Galaxy S3 are pretty thin and the added bulk from those items caused my cover to crack in a couple places. 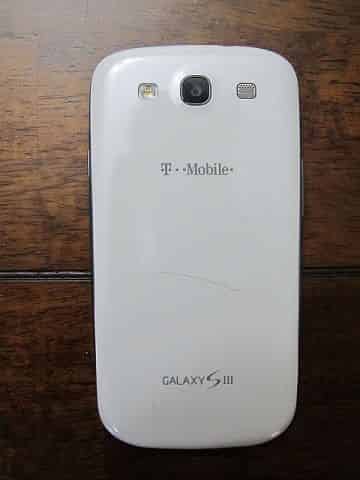 We brainstormed some ideas of what I could do. A new back for the phone wouldn’t be expensive, but I didn’t really want to go through the same process of re-transplanting the wireless charging bits and getting them positioned just right again just to have another cover crack and get in an endless cycle of replacing the back cover on the phone. Equally unacceptable was to just take out the wireless charging stuff and replace the back and return to a more “stock” form of the phone.

Somewhere in that conversation, that’s where it struck me: Here’s my chance to play with Plasti Dip! I picked up some white Plasti Dip, and because I was interested in keeping a bit of the glossy finish of the Galaxy S3, I thought it might be interesting to try out the Plasti Dip Glossifier to see if it would solve my problem.

I must’ve been a bit on the conservative when applying the coats of Plasti Dip; it wound up taking me like four or five coats before both the crack and the writing on the back of the phone were mostly covered. It was late and I was tired, so I let it set overnight before I tried using the Plasti Dip Glossifier.

The Plasti Dip Glossifier applied just as easily. According to the instructions on the can, applying more coats made the finish glossier. I continued my very conservative application method and wound up doing three or four coats of the glossifier. 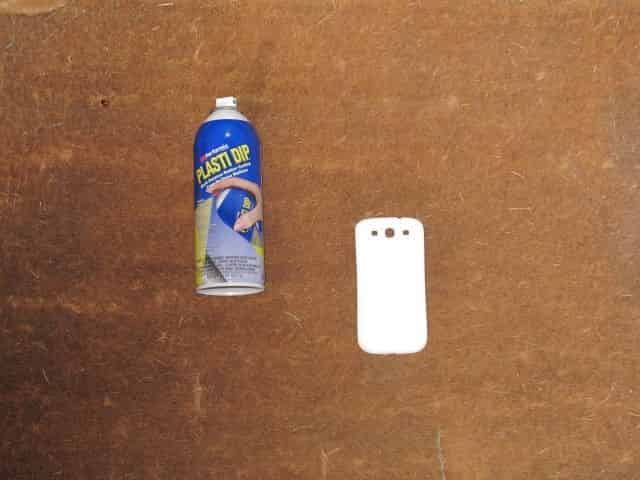 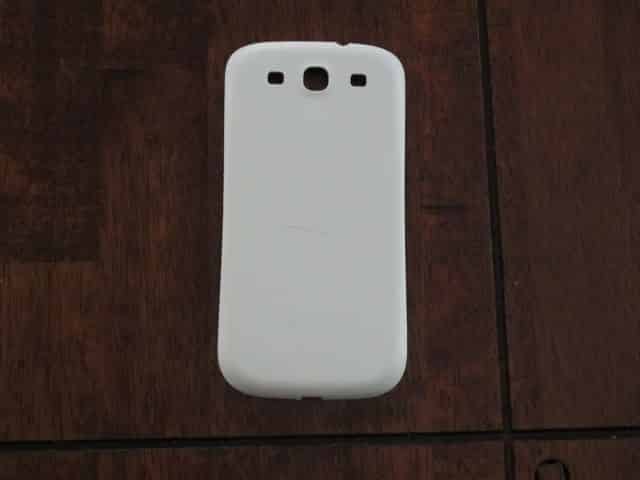 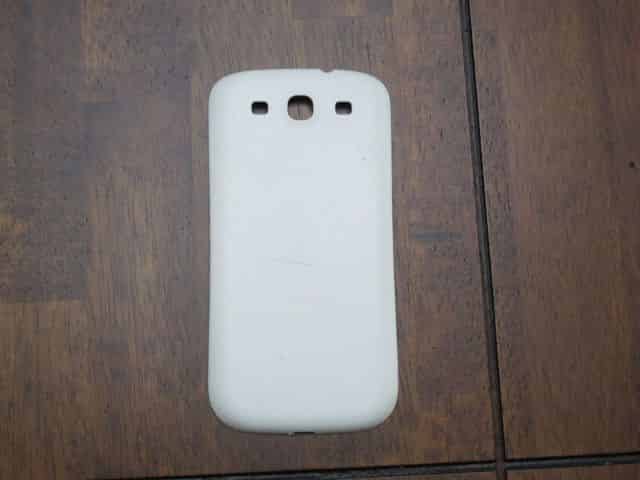 One of the things that I’m interested in is how well it holds up over time. I have a holster-style car mount, and the phone fits pretty snugly due to the added width from the wireless charging bits. I’m a bit concerned that the Plasti Dip will get caught and start to rub off due to that friction.

Overall, I’m pretty happy with how it turned out. The color of the white Plasti Dip doesn’t quite match the phone, but there’s a nice grey border that separates the front and the back of the phone and is enough separation that the difference isn’t blatant. The big crack in the back of the phone is covered by the Plasti Dip but you can still somewhat see it. Normally, I wouldn’t have used Plasti Dip at all because it’s typically a pretty flat and dull color but a few coats of the Plasti Dip Glossifier certainly made it shiny enough to match the rest of the phone. Furthermore, the nice, soft texture of the Plasti Dip will help make sure that I have a firm grip on the phone and I will not be dropping it as I have done on a few occasions.

Working with the Plasti Dip was no more difficult than operating a can of spray paint with the added bonus of being able to use the sole of my shoe to scuff off all of the overspray that missed my workspace. When I screwed up and sprayed a coat on too thick, it was a cinch to go back when it was dried and peel off the Plasti Dip to start over again. I can understand why so many enthusiasts find so many different uses for the Plasti Dip and I’ve already made my mind up to use it on my Corvette to paint a black stripe on the rear window where the tint isn’t bound well to the window. Considering the cost and difficulty of re-tinting the window, Plasti Dip seems like a good choice to give a try.