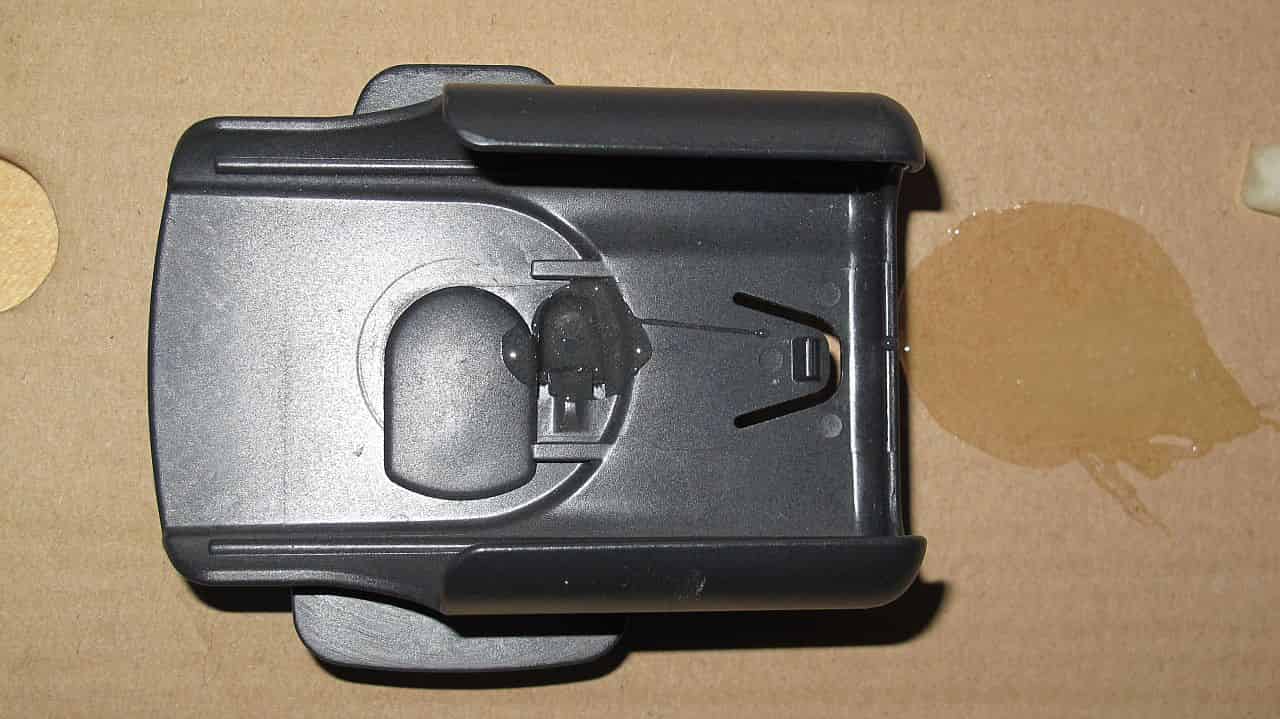 I’ve been a Type 1 Diabetic now for a about a dozen years and I’ve been using Medtronic insulin pumps for my insulin therapy for nearly as long. A little over a year ago, I upgraded to the MiniMed 530G pump and Continuous Glucose Monitoring, which I’ve been pretty happy with overall.

I’ve tried a variety of ways to “wear” my pump. I’ve experimented with a variety of clips, pouches, and even carrying it in my pocket. What I found works best for me is using the holster-style clips and then swiveling the clip so that the insulin pump is parallel to the ground along my belt—quite like people used to wear their pagers, which coincidentally is a Diabetic pet peeve of mine, I really dislike when people gawk, point at my hip, and then ask me why I’m still using a pager. Grrr!

I have destroyed a few of the holster-style clips on door frames, car seats, and turnstiles. It’s mostly been car doors since I’m a big fan of sports cars and they tend to have cramped little bucket seats that I bang the pump on from time to time. However, recently I’ve been going through these clips at an alarming rate without accidentally banging them into anything. Over the past year or so, I’ve managed to wear out the swivel function on these clips despite rarely ever using said swivel. Once the swivel fails, it no longer stays parallel to the ground and just swings freely on my hip, which irritates me.

I’ve spoken to Medtronic customer service about it a few times and they’ve been really polite and they always replace the holster clip with a new one. They’ve never really been able to explain why all of a sudden I’ve been going through so many of these clips. My guess is that they probably changed its design, hired a different manufacturer, or both. There’s a small plastic piece inside the clip that has a round nub on it. That nub fits into the dimples on the swivel piece. That plastic piece with the nub gets worn out and it no longer provides enough tension to fit nicely into the matching dimple. Eventually that plastic piece breaks off entirely, rendering the entire swivel useless.

I don’t really care about the swivel function of the holster clips, and I periodically check Medtronic’s online store to see if any of the new clips would do what I want. But about the closest thing they have to what I want is a belt clip which holds the pump vertically. I bought and tried one out for a couple weeks and never really liked how it felt and gave up.

Because I don’t really care about the swivel function, I thought I could “repair” the holster clip well enough to suit my needs. Because I had some success, I thought sharing what I did might help other people in the same boat as I was. Essentially, I “repaired” this by gluing the broken piece back into place permanently. The swivel no longer functions, but because that wasn’t a feature that I cared about, this solution worked just fine for me. 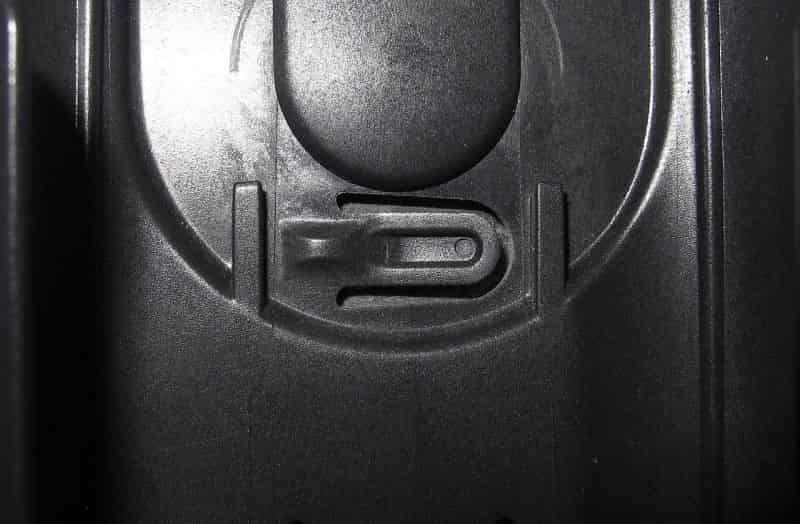 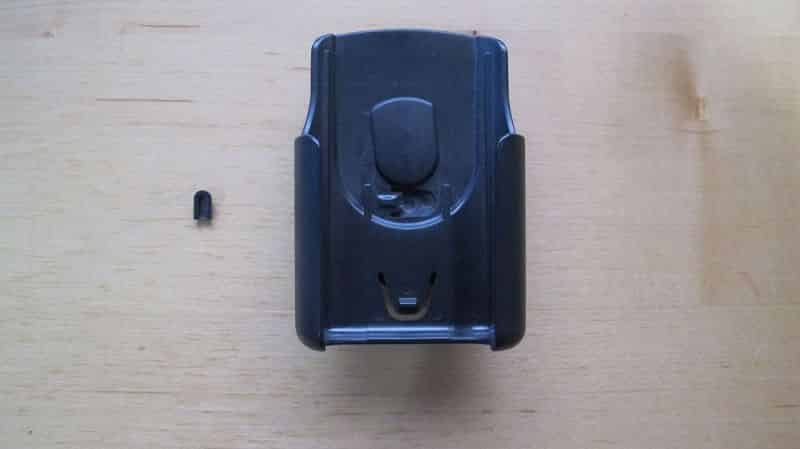 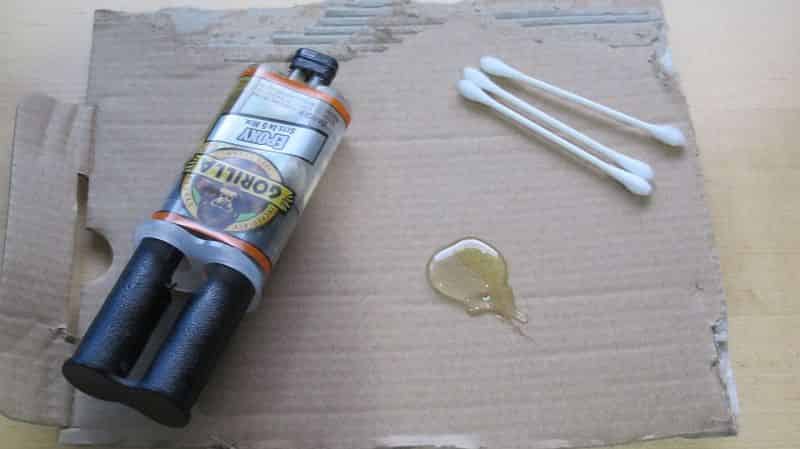 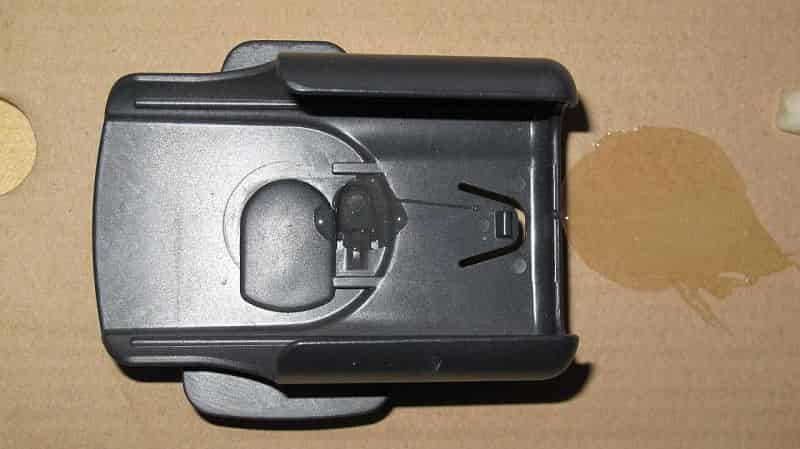 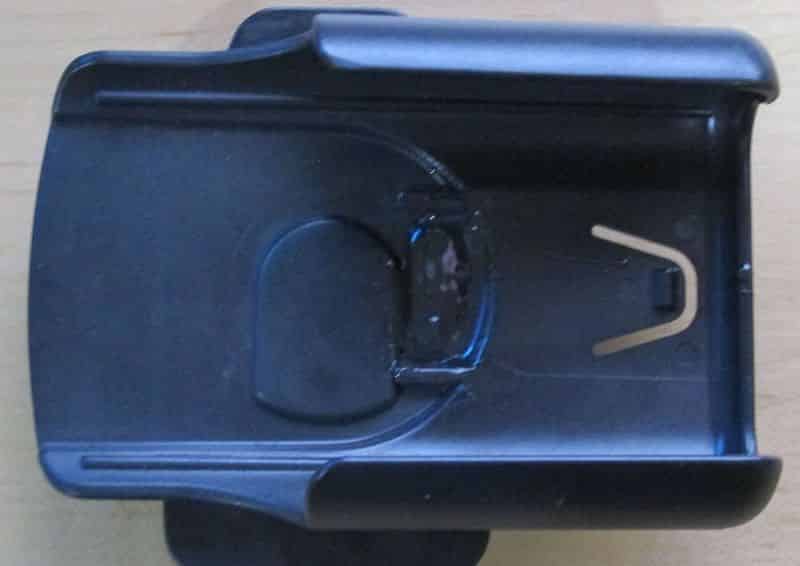 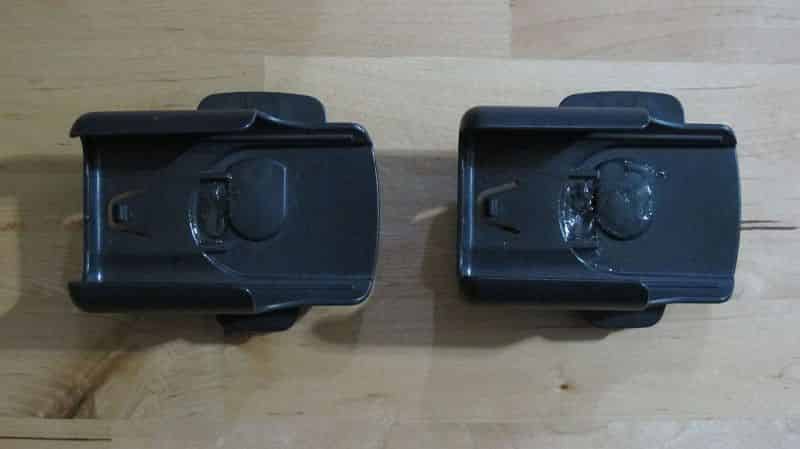 I’m not certain how durable this repair is, but it feels pretty solid. I’ve tried twisting hard on both of my repaired holster clips and it barely moves at all. If I tried to twist the swivel as hard as I possibly could, I don’t know which would break first the remaining plastic or the epoxy. Given my experience with the holster clips, I’m guessing that some other piece of the clip would break first.

Medtronic has told me on the phone more than twice that they will continue to replace the holster clips as long as my insulin pump is covered under their warranty. But warranties eventually expire, and it might not be in your budget to upgrade the insulin pump right away. Even if they do exchange them, it takes a few days for your replacement holster clips to be processed and shipped to you. This fix is easy enough to temporarily repair your broken clip while you wait for that replacement to show up. Or in my case, to have a couple “backup” holster clips available for the eventual failure of your new replacement clips. Isuppose if I ever go outside of the pump’s warranty period that Medtronic may not be willing to replace these defective clips any more. It’s nice to have a potential workaround in case they stop exchanging the defective ones. Hopefully over time, they’ll just upgrade the design and/or materials so that they don’t fail so easily. Everybody would be happier then!