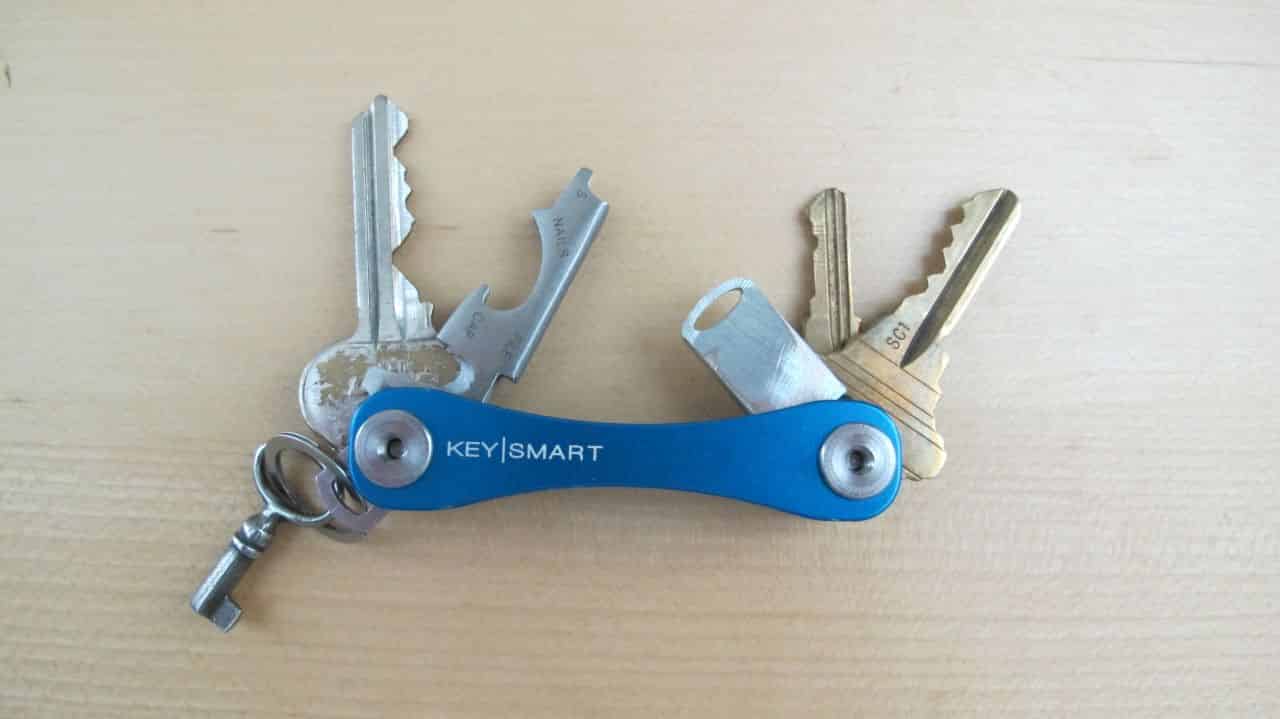 I hate my keychain! One of my bigger regrets of growing up into an adult has always been the carrying and keeping track of my keychain. Very recently, we bought a used high-mileage third car so that I could keep miles off my 2002 Chevrolet Corvette Z06, which isn’t exactly the most comfortable and reliable of cars to be driving on a daily basis. I’m glad we bought the car, but you know what that meant? A third car key. You know what else I hate about my keychain? It’s essentially useless 99.9% of the time; I haul it around everywhere but I only really need it when I need to unlock something or drive one of my cars. We get very little utility from packing these things around.

Car keys are the worst offenders on your keychain. Almost all newer cars have some sort of remote unlocking device and worse, they have their car key. Car keys are the absolute worst offender, with all the added bulk from plastic around the key’s head to make sure their branding is prominently displayed and to make sure the key sticks out on your keychain. So you know what happens when you have three different cars’ keys on your keychain? Insanity in your pocket! My keychain has grown so large that I actively take it out of my pocket anytime that I sit down: at home, at work, out at my favorite restaurants, anywhere! It’s only a matter of time before I misplace my keys somewhere because of how much I hate to put them in my pocket.

What I’d really, really like is a bunch of locks all tied to the same smart key, and I’d really like that smart key to be hosted on my Nexus 5, which would effectively eliminate any need for me to carry a keychain. I don’t think this is that far off in the future. But unfortunately, right now it’s not really a practical reality.

The past couple months, I’ve been wracking my brain for ways to improve my keychain. Here are a few of my ideas to enhance my keychain:

The Keychain Cannot be Un-Supersized

As everything else in America, our keychains are super-sized, and unfortunately for me, there’s nothing that can be done about it. I had some hope that I could go to a local locksmith and get a thin, normal-sized key for one or more of our cars. Then at least my keychain would be condensed. Imagine my dismay when after describing my problem to the locksmith, he said “Sure, I can make you thinner keys, but none of them are going to be able to start your cars!” Apparently, each of my cars’ keys contain some sort of microchip in the head of the key or on the key itself as a security feature. The thickness of the keys’ heads (or bows) contains these microchips. As far as I’m concerned, that’s not very micro at all.

If I could have done anything with my keychain, I would’ve condensed it and reduced its size. Going into this blog, that was my primary objective, and unfortunately the car key industry doesn’t have very much regard for our pockets. Perhaps I should start carrying a man purse for carrying around my massive keychain.

Ultimately, I could not do what I originally sat out to do. I couldn’t find a way to take my current keychain and consolidate it down to an acceptable size. But I thought it’d be possible to still somehow improve my keychains to make carrying one every day tolerable and perhaps a bit more functional. But this just wasn’t going to be possible within a single keychain, so I decided to break up my keys across two different keychains. I wound up using a couple different FreeKey keychains and built two keychains: one for utilitarian everyday use (boring car and work keys), and a second performance keychain for fun weekend use.

Via Massdrop, I wound up learning of the Keysmart product. This device basically consolidates your normal-sized keys down into a smaller package much like a swiss-army pocketknife consolidates all those blades and tools down one device. Keysmart makes a handy little pocket-knife out of all your keys. The Keysmart itself is not all that bulky, and it’s made of pretty lightweight material. In an ideal world I would’ve been able to consolidate all of my keys down into the Keysmart, but I couldn’t because I couldn’t get any of my car keys down to a regular size. However, there were still four typically sized keys on my keychain, and the Keysmart condensed those down enough to be able to add these next two features to my keychain.

At first, I was a bit nervous about adding to the keychain due to my disdain for added keychain bulk. But I felt I’d shed enough size and weight from the keychain to take advantage of something fun and useful. What I decided to do was to look for the smallest, fastest, and most moderately sized USB drive I could find. I mostly was interested in USB 3.0 drives only. After a bit of searching, I wound up picking the Transcend JetFlash 710 64GB. Up until now, I’d been primarily using my Nexus 5 as my portable storage, which was handy, but it isn’t USB 3.0, it’s not 64 GB, and there are other things I wouldn’t mind being able to store on my phone. The Jetflash 710 is a little bit bigger than the smallest USB drives I could find, but it’s considerably faster, and I felt that was a worthy trade-off.

Update (10/22/14): After picking out my Transcend JetFlash 710 64GB I thought I’d mention a few other USB storage products that I found both during my research and after publishing the blog that I think would work incredibly well on key chain. Each of these comes in a variety of different storage capacities:

The last two compare especially favorably to the Transcend JetFlash that I wound up picking. If either of them lay perfectly flat on both sides then that’s what I’d suggest to anyone interested in adding USB storage to their key chain like I did.

However, the shape of the Jetflash 710 was a bit problematic. Firstly, it wasn’t perfectly flat; the backside of the USB drive was curved upwards ever-so-slightly, resembling the wings you see people put onto their Honda Civics. It had seemed like it’d be pretty flat when I saw it online, which is why I picked it instead of one of its competitors. Additionally, the hole itself wasn’t large enough to fit onto the Keysmart post. And the “wing” was thin enough that I didn’t think I could enlarge it to fit down on the post. I thought briefly about just hooking it onto the same keyring as the Keysmart, but that kind of defeated the purpose of what I was trying to do by adding additional bulk.

My buddy, Pat had a great idea; we’d use his 3D Printer to print something similar to the inside of a USB port on one end and the other end would fit around the post. Pat goes into great detail about the designing of his USB Keychain Connector for Flash Drives in his most recent blog, if you want a copy of your own Pat’s shared it both on GitHub and Thingverse. The object was custom-printed based on what I needed, but I think it’d work pretty well for any similarly shaped USB drive out on the market. You could very easily get this printed and add it to your own keychain, which is what makes 3D printers so darn cool. I decided to go ahead and file the “wing” on the back of the Jetflash 710 so that the flash drive was as flat and thin as possible. It fit nicely and snugly on Pat’s Keychain Connector for USB Flash Drives, and the two of them paired up were installed on the Keysmart.

Additionally, I wanted some sort of bottle opener on my keychain. I found an interesting key tool that acted as sheath around one of your other keys and contained a number of tools, including the all-important bottle opener. The True Utility TU247 KeyTool Multitool Set fit very well on the Keysmart without taking up too much additional room.

This is my lightweight, no-nonsense, performance keychain. This inspiration came to me the other day while at a nearby Home Depot. I discovered a Minute Key kiosk where you can make copies of keys on your own. I became curious about seeing it in action, so I went over and was punching some buttons and got very excited to see that I could get a lightweight key made out of aluminum! This weight savings will definitely make my Corvette go faster—not really—and even better, the key is blue, just like my car! On a somewhat more serious note, there’s definitely a noticeable weight difference between your typical key and this lightweight aluminum key.

Because this is also my “fun” keychain, it seemed negligent to not include a bottle opener somehow. I’d been a big fan of the Swiss+Tech ST66676 Utili-Key 6-in-1 Key Ring Multi-Function Tool when I had one years ago. This particular tool didn’t appear like it’d work that well within the KeySmart, but it worked just great next to the car key and house key on my FreeKey keyring. With this tool, I guarantee I’m never without a bottle opener unless I’ve managed to lose my keys, and the various knives and screwdrivers will also come in handy too.

Overall, I’m still a bit disappointed. I really wanted to add features and reduce the bulkiness of my keychain without having to remove anything. Unfortunately, that’s just not possible when you factor in the realities of today’s car keys and my own requirements. I suppose I need to buy newer, fancier cars if I want to truly solve this keychain problem of mine. I’ll be waiting for a fancy new car to come out with a universal key that can also be programmed to work with other makes and models too. But for some reason, I don’t have a whole lot of hope for this. Perhaps someone will solve this problem in an interesting way I’m not even thinking of at the moment.

As far as taking a crummy hand and turning it into a winning hand, I think I’ve done pretty well. The days I’ve driven the Corvette, I’ve really appreciated not having to carry around that massive wad of keys. And my other keychain is a bit of a Swiss-army knife that has all of my keys on it, a bottle opener, a few screwdrivers, a knife blade not big enough to warrant me a frisk at a TSA checkpoint, and 64GB of speedy USB 3.0 storage, all within a pretty nifty little key organizer.

Perhaps I didn’t quite achieve what I had in mind, but I’m definitely way ahead of where I was with my old, monstrous keychain. Plus, I’ve added quite a bit of utility to both keychains in the forms of multi-tools and USB storage. 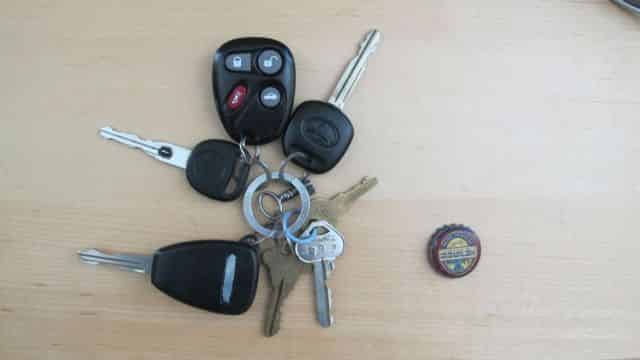 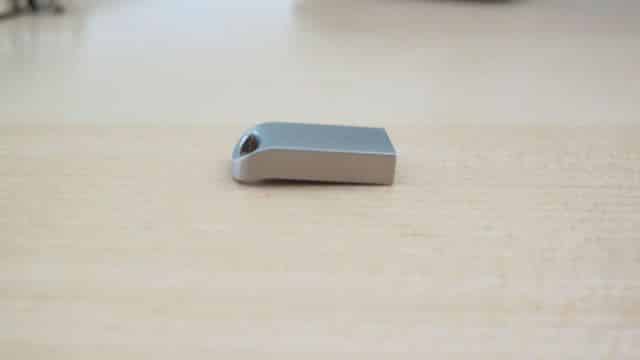 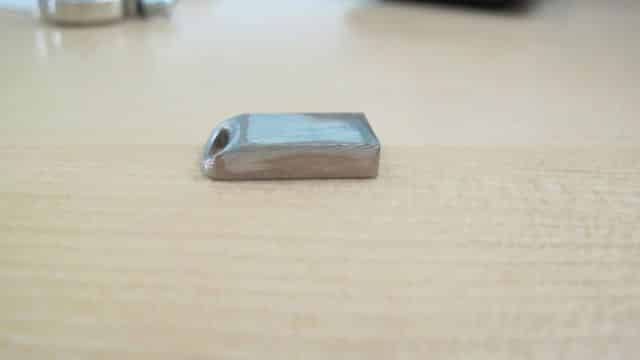 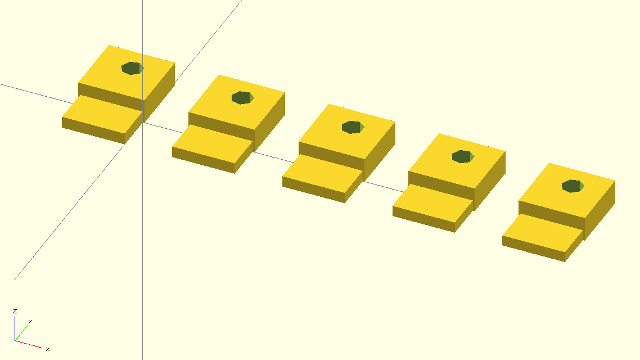 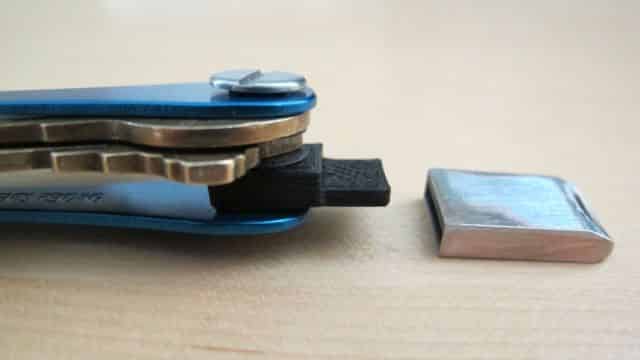 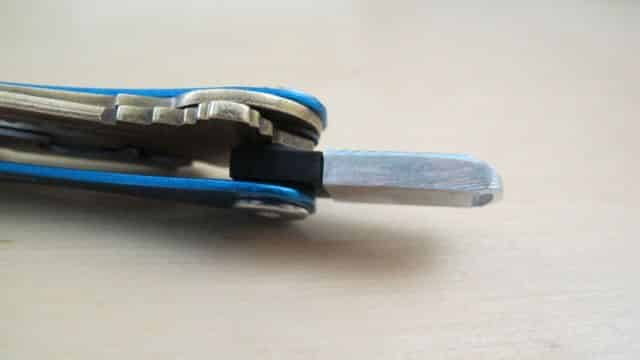 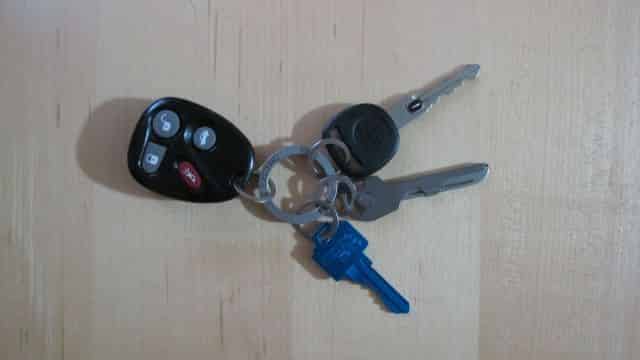 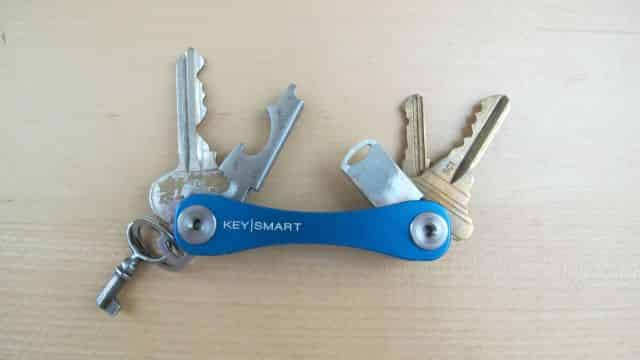 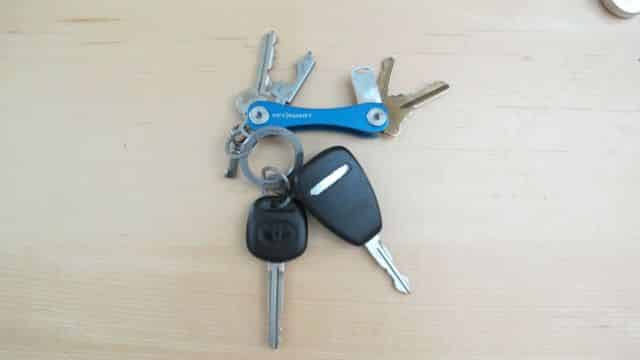 I wound up buying two of the Keysmart devices because I thought I might wind up needing to make two different keychains, and it also didn’t hurt that Massdrop had a pretty good deal for the pair. Because I was able to get everything onto one keychain that I could live with, I figured I’d give away the Keysmart to a lucky reader. Included with the Keysmart is also one of Pat’s Keychain Connectors for USB Flash Drives so that you could easily add a small flash drive to your keychain.

Anybody who is following me on Twitter and retweets the following will enter into a drawing for my extra Keysmart. I’ll update the blog and announce the winner in a couple of weeks!

I hate my #keychain It's bulky & useless so I used products from @GetKeySmart and @minuteKey to improve it. #giveaway http://t.co/wYBGxMiBRT