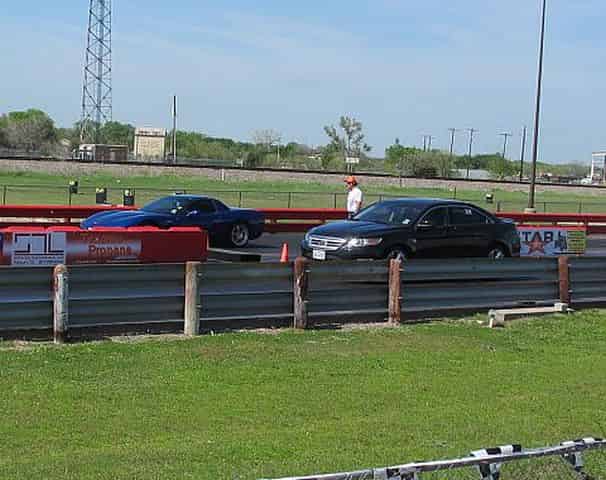 In owning three different sports cars, I’ve been to the drag races quite a few times and I’ve actually gone out and made some of my own very amateurish passes of my own on a couple of occasions. The most recent time I did it was back in November of 2012 which was also the first time I went racing in my new (to me) 2002 Chevrolet Corvette Z06.

A few friends and I returned to North Star Dragway for one of their Test and Tune events, which essentially is an open track event for anyone willing to pay and make passes. I suspect the intent is to allow some of the more serious hobbyists and racers the chance to make a few passes in their real racecars, but they also let guys like me bring out their street cars and have some fun. It was fun seeing a bunch of different kinds of cars out there and it was really interesting to see something like this in my side view mirror several times throughout the afternoon. 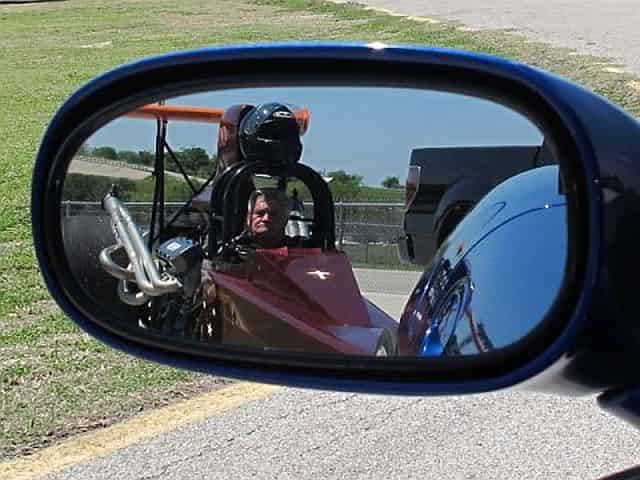 The last time we were out there, there were an odd number of us racing, so I wound up being the odd man out and racing against random strangers. However, this time there were only two of us driving myself and my friend, Duncan in his 2010 Ford Taurus SHO, aka the SHOboat, which surprisingly ticks off a couple things that I’ve loved having in a car in the past; all-wheel drive and forced induction. It’s unfortunate that the thing is so damn heavy with a curb weight of 4,388, pounds and considerably heavier with Duncan in the driver’s seat.

I was pretty eager to make a few passes of my own and to see if I had learned from my mistakes in the past. Namely, those mistakes were leaving the traction control on, shifting too late and launching poorly. I wish that I could say I didn’t repeat any of those mistakes, but unfortunately I cannot. At the very least, I think I can say that I managed to cut down the mistakes on each subsequent pass.

This is the part of the blog where I point out that my car is over a decade old, the tires are probably hardened from the years, and that there’s a plethora of reasons that my car wouldn’t perform like it did in 2002 when Car and Driver reviewed it. But while those reasons might have held the Z06 back a bit, I suspect that we all know the real reason the car went slow; it was me!

The most memorable part of this pass is my distinct recollection of seeing the light turn green on the tree and thinking “Oh hey, I should go now” and then immediately starting to worry that my reaction time was going to be measured in sections rather than fractions of seconds. Reaction time had been a big problem the first time out there and based off this pass, I was worried it’d be a problem this time too. When I compared the time slips from November to these time slips, I was pretty surprised. My reaction time was bad, but not nearly as bad as it had been the first few passes in November. And to make matters worse, I forgot to turn off the traction control. Some lessons are just harder to learn than others, I suppose.

I made marked improvement in my reaction time and I trapped at a higher speed than the first pass, but for some reason my 60-foot time was considerably slower, all indicative of yet another less than stellar launch, but I made up for it a bit, turning in a slightly faster time than the first pass. Incremental or not, progress is still progress!

Thankfully, our friend Darrell showed up to mock us instead of racing his own Mustang. Apparently he was concerned with the plumes of smoke flowing from his exhaust under acceleration. I was surprised; I thought that this was just something that came stock on Mustangs. Darrell got his revenge by recording what I felt was my worst pass ever and posting it on YouTube. I think everybody’s favorite part is when the guy in the foreground chuckles at us and walks away, completely disinterested in our race.

I had brought my own camera, but my usual camera people weren’t available to go out to the races with me. Thankfully, Duke’s fiancee, Audrey, was kind enough to take a video of my final run. This time, I was determined to launch well, leave the traction control off, shift well and have my best pass ever. I hadn’t even beat Duncan yet that day in any of my prior attempts, so I was really setting my sights pretty high. Wouldn’t you know, I actually managed to put in a somewhat decent run and not continue to be such an embarrassment to Z06 owners worldwide. This run felt much better just while I was driving it. The result showed up both on the time slip and got me out in front of Duncan. Darrell also shared a video of this pass on Youtube but I liked my camera’s copy better.

In the age of the Internet, things are ruled with the simple statement of “Pics or it didn’t happen!” which is understandable, with as much racing people seem to do seated behind their monitors or smartphones. However, considering the very pedestrian nature of my time slips, I’d be astonished if someone seriously thought I was being dishonest, but just in case here they are: 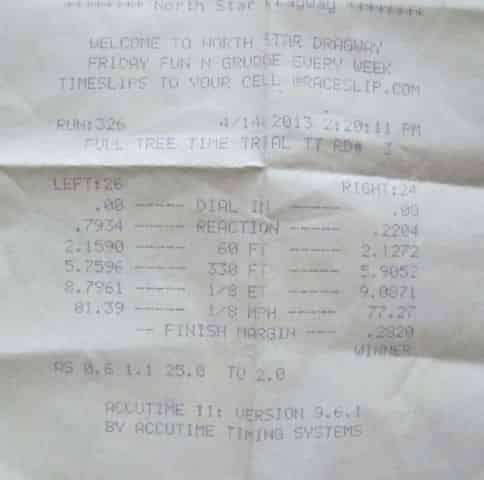 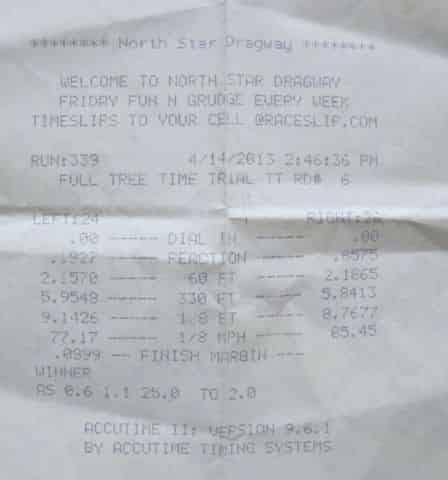 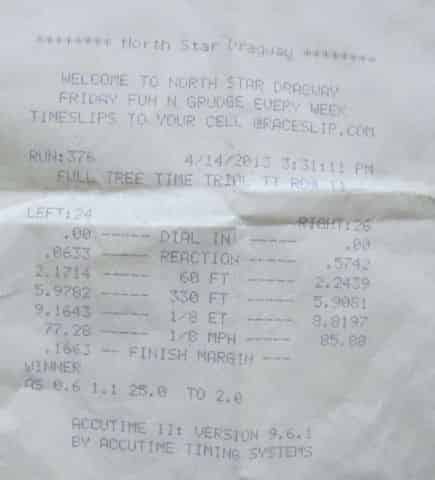 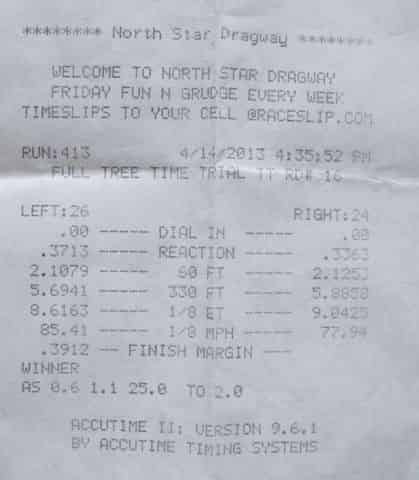 I had a really fun time hanging out, watching honest-to-God fast cars barrel down the track and then making my own (often chuckle worthy) few passes. I’m much happier with the overall results from this time compared to last November. Hopefully next time we make it to the drag strip, I will make some additional gains and get to write about them!