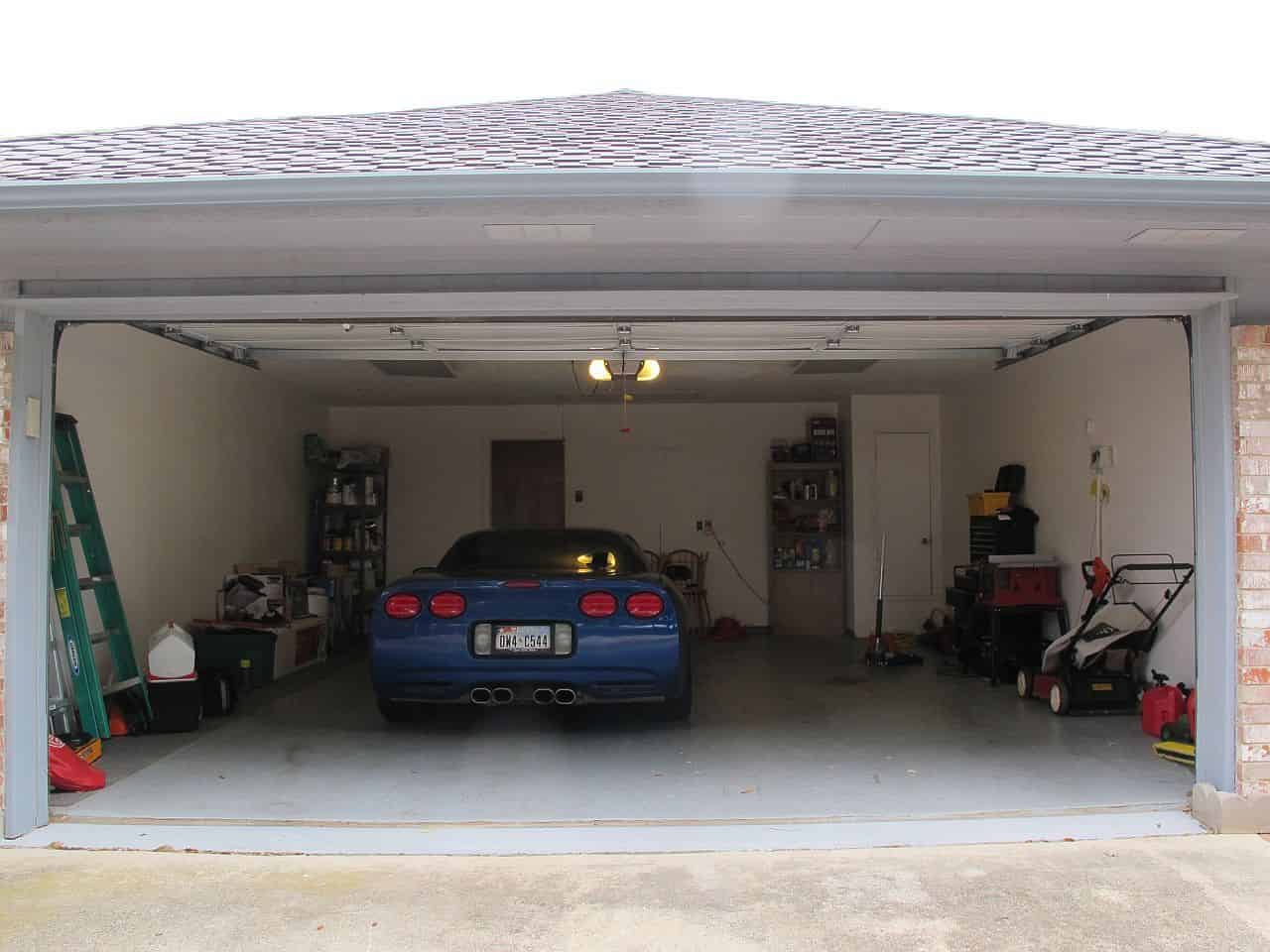 I rented for a really long time (probably longer than I should’ve), and one thing I absolutely hated about renting was that my car was always out in the elements, which meant in the unforgiving Texas summers, the inside of my car was always insanely hot. I lived in places that had covered parking, which was nice, but one of the things I always longed for was a garage. When we were house hunting, the garage wasn’t at the top of my priority list, but I did scratch a few houses off the lists our real estate agent provided us because the garage had been converted into living space. And when actually visiting houses, the garage always got a close inspection.

When we visited this house for the first time, the garage was one of the selling points. It was in good shape; the previous owner had a great-looking garage with lots of organization and toolboxes. In hindsight, maybe I should have asked about getting that included in the negotiation.

When we moved in, the garage was completely empty save for a single bookshelf full of some paint cans and such, which I’ve come to appreciate. We had an old dilapidated bookshelf that we brought over from the old apartment, and we put it out in the garage for some additional storage.

Presently, the garage is in pretty good shape, but I have run out of organized places to put things. We’ve had to buy lots of garage-type equipment, like a lawn mower, leaf blower, weed whacker, brooms, shovels, ladders, etc. The garage has also been accumulating stored items like Christmas decorations, car stuff, and random things I don’t want to carry up into the attic.

My inner OCD voice is telling me that the garage is messy and in need of some attention even though the pictures seem to suggest that it’s relatively orderly. Because the last home improvement project we tackled turned out pretty well, I’m excited to tackle the garage.

I surveyed the garage and took some “before” pictures today. I’ve been brainstorming some ideas on how I can really improve the garage and hopefully add some value to the house. Here’s a few of the ideas I have in mind:

This is a much more ambitious home improvement project than my last one but hopefully it is about the same degree of difficulty. It is definitely a bigger project than the last one; I don’t expect to knock this one out in a couple of days, and know that we’ll be hard at work for quite some time.

I’ve already taken a stab at scraping off the ceiling texture. Some of that is very cathartic work – bad day at the office? Come on over and skin the ceiling of my garage for a bit. Those chunks of falling popcorn ceiling will have you feeling better in no time flat, I guarantee it. I took a couple photos of my progress. Off of bare drywall, the stuff falls right off. But off of the joint compound, it doesn’t scrape off easily at all. I suspect that I’ll spend quite a bit of time scraping that with something like a putty knife and then sanding it down.

I will probably talk about the plans for the storage and workbench in my next blog on this topic. We’ve been through a couple brainstorming sessions and I think I need to start putting some of those ideas down on paper to use as our pseudo-blueprints. 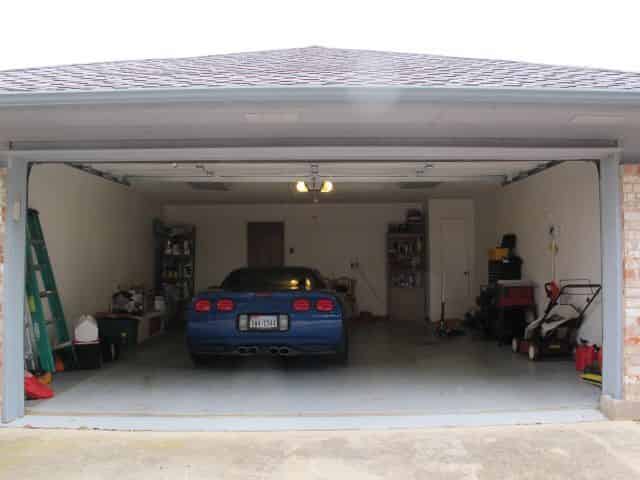 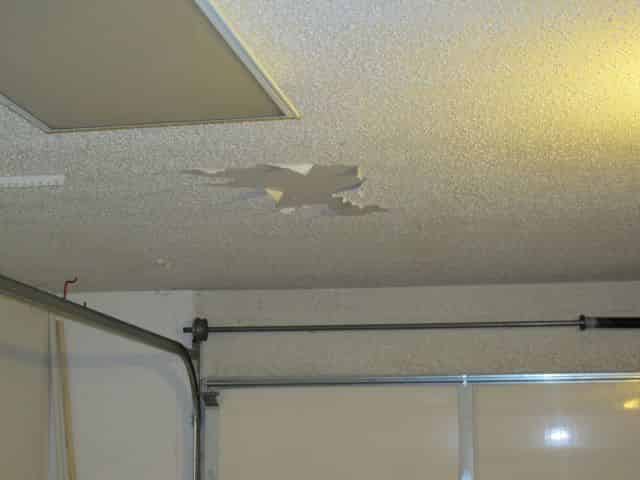 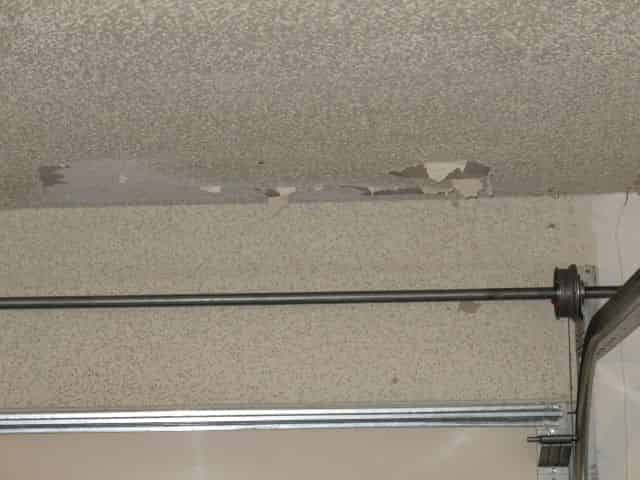 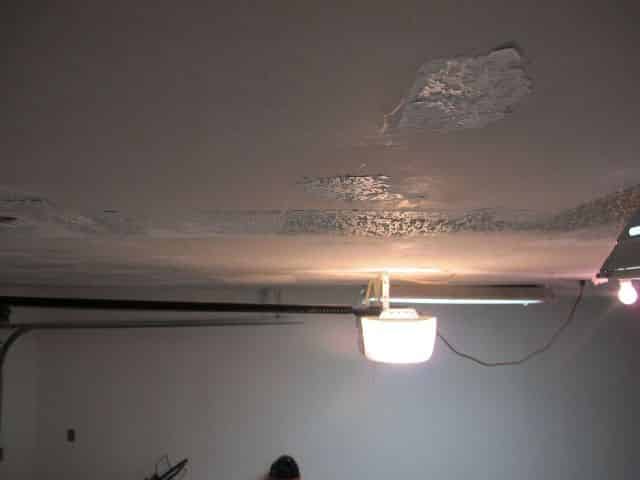 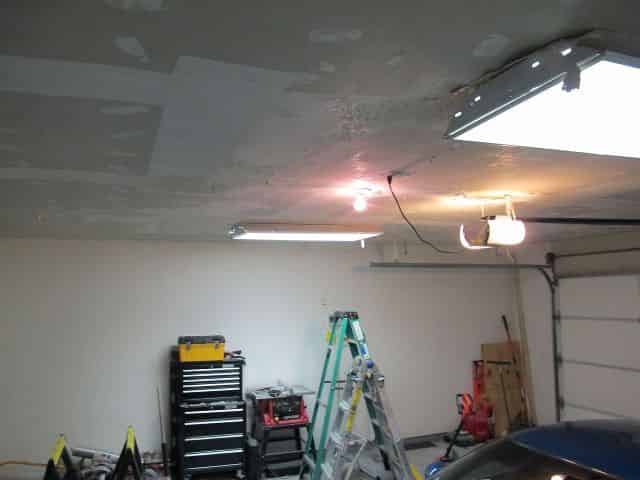 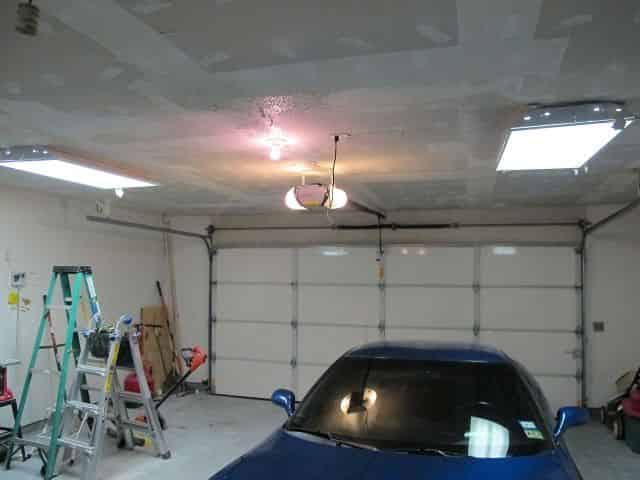