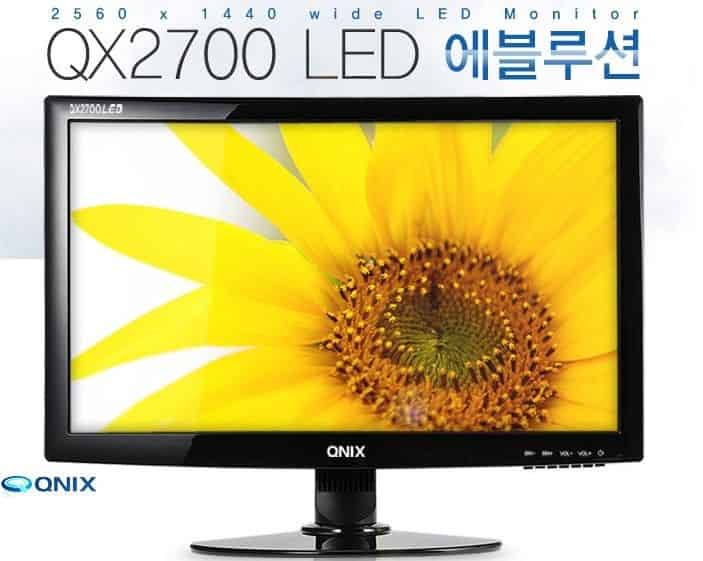 As part of my computer upgrade, I decided my display could use an upgrade as well, and I budgeted in the neighborhood of $300 to spend on the monitor. The monitor that I currently have has been with me even longer than the PC that was being upgraded. I started browsing all the IPS displays I could find on Amazon and dug through lots of reviews.

A long, long time ago. I bought two 17” CRT monitors off of some special deal for about the price of one and picked up a 2nd video card for my computer. That has to be around the worst-possible dual-head setup possible. The monitors were ginormous and occupied 110% of my available desk space; the desk even slightly buckled under their weight. Despite all the problems, I was hooked. I’ve had more than one display for quite awhile up until this computer. I was tempted to split my display budget in half and find the very best deal I could find on a monitor. There were a ton of monitors in my price range; in fact so many that it made digging through all the different brands and monitors a bit daunting.

The other choice would be to find the biggest & best display around $300 and continue to live a single monitor lifestyle. I’ve certainly grown accustomed to this, and I don’t entirely mind it. A few months ago, one of my favorite bloggers wrote this great article about 27” 2560x1440 displays ordered directly from Korea. Comparable monitors obtained locally are still quite expensive compared to these displays. If you look at comprable “local” monitors on your various sites, they all seem to be starting in the $700 ballpark.

Ultimately, this was practically a coin flip. The cost and performance of the two smaller monitors actually nudges out (in my opinion) the bigger monitor by just a hair. If you can find two 1920x1080 IPS displays for about $300 then you get more pixels at a lesser price. On the other hand, when using two displays you have the bezels of the two monitors acting as a barrier between the two displays. And if you like to sit centered behind one monitor like I do then you incur significant diminishing returns on that second monitor, even more so if you’re frequently doing things like playing games full screened like I tend to do.

In the end I decided I would focus on one monitor enough that I should go ahead and buy the biggest and baddest monitor my budget would allow. One of these Korean 27” 2560x1440 IPS displays lines up perfectly with what I’m trying to accomplish. There’s no shortage of them listed on eBay and they all seem to be priced right around $300.00. Most of the sub-$300 were auction-style listings; because I’m famously impatient, I picked the cheapest “Buy it Now” listing I could find from a well-reviewed seller and ordered one for $319.90. Here’s a link to the auction, and a screenshot if the listing expires.

The long and short of itm is that it’s a no-frills 27” monitor with an IPS display and a gargantuan resolution of 2560x1440. The only drawback that I could think of was the lack of any other allowed inputs other than DVI-Dual. As far as I’m concerned that’s not really much of a drawback at all, but it may inhibit some users out there. In worst-case scenario mode, I had some concerns about what might happen if the transaction went poorly. I also expected a tremendous amount of shipping time, but it was ordered on 12/22 and delivered by 12/27. In my opinion, that’s nothing short of miraculous, considering there was a weekend and a holiday between the order and delivery. All in all, I’m pretty comfortable with the purchase and the decision. My only regret was not being able to afford one or two more of the monitors to set up a really expansive amount of display real estate.