The other day, my father called me up and wanted to talk computers. He’s been looking into upgrading his monitor; unfortunately for him his computer is pretty old. To get up to the resolutions he was wanting he was going to at least have to buy a video card. Once you tip that first domino, all the rest come falling back behind it; after some suggestions, Dad decided it’s probably best to be looking at a new PC.

That got me thinking just exactly how old was my PC? It has been showing its age from time to time recently seeming to lack some oomph and occasionally locking up. It had seemed like quite awhile since I purchased it, and when I made the purchase, this PC was at the very, very, low end of what was available. I bought this PC from Dell because I couldn’t beat the deals that they were offering if I tried to do it myself. I logged into Dell’s small business website-the deals are always better there-and tried to find my order date to no avail because you can only go back two years on their website. After some digging, poking, and prodding, I ultimately discovered that my PC had been purchased and shipped in November of 2009.

Up until the beginning of 2012, I thought my do-it-yourself computer days were behind me. Firstly, I never thought I’d be buying another desktop; laptop computers’ video capabilities had gotten to the point where I could do everything I was doing on a laptop that I was doing on a desktop at right around the price point I like to shop at. Secondly, with places like Woot, dealspl.us, and the like, there always seemed to be some PCs out there with better sale prices than if I built it myself. However, during 2012 I bought a Nexus 7 a fantastic device that meets almost every one of my mobile computing needs.

Because of the Nexus 7, I decided to build a price-conscious yet beefy desktop. After some serious negotiations with my wife, we set a budget for $1000 for the PC, and for good measure I budgeted an additional $300 for new display(s), since my current monitor has been with me since before this PC.

My current PC is a Dell Studio 540. It has an Intel E5300 running at 2.6 GHz, 4 GB of RAM, and a 500 gig platter hard drive. I upgraded the video card to a nVidia Geforce GTX 460 quite a long time ago, and because of the video card’s power requirements I also upgraded the computer’s power supply. It’s actually been a decent little computer.

As a starting point, I decided to run a variety of benchmarks on the computer. I wanted an overall System benchmark, 3D benchmark and an I/O Benchmark in order to measure the amount of upgrade. For my benchmarks, I chose: Geekbench, 3DMark Vantage, PCMark Vantage and [Iometer].

I picked PCMark Vantage as an overall system benchmark. The initial score was 3671. Just for full disclosure, I had to edit this screenshot to make all of the information fit in my blog’s template nicely.

For video performance, I measured my performance in 3DMark Vantage. I decided to go ahead and run the benchmark with the performance settings. My system scored a P8199. 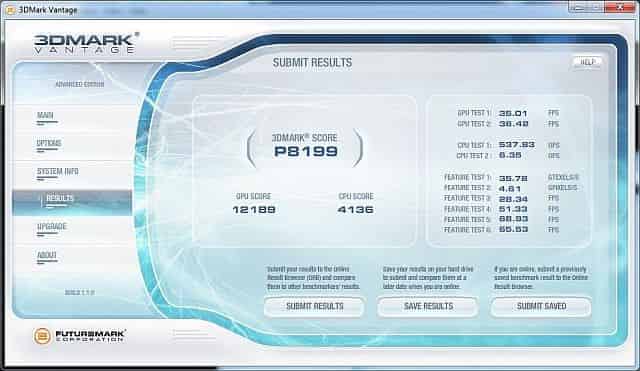 To get an idea of how my CPU was performing, I ran a benchmark using Geekbench. My computer scored 2847. 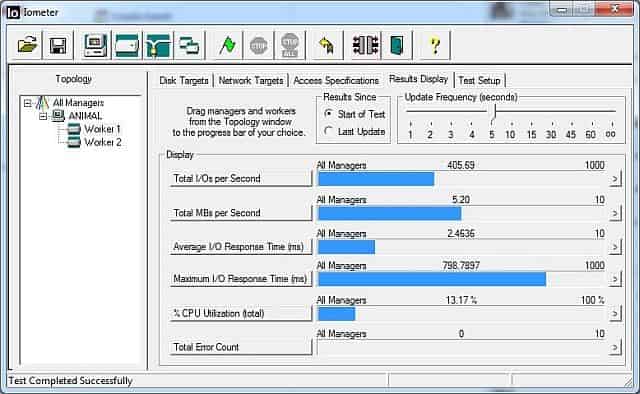 My objective is to overall triple my performance of this PC while staying within my budget. In the initial research achieving the goal is pretty simple; the difficult task is to do it within the $1000 budget that I set for myself. I didn’t really look at any other computer benchmarks out there, since I know that my computer is quite on the low end. The purpose of these benchmarks is to establish a baseline to compare my new computer with.

I’ve already done the research and ordered my new hardware. I plan to break the hardware up into a couple articles: one for the computer, and another for the display which is turning out to be the most interesting story in this upgrade. As I have time over the Holidays, I’ll assemble the PC and do some writing.