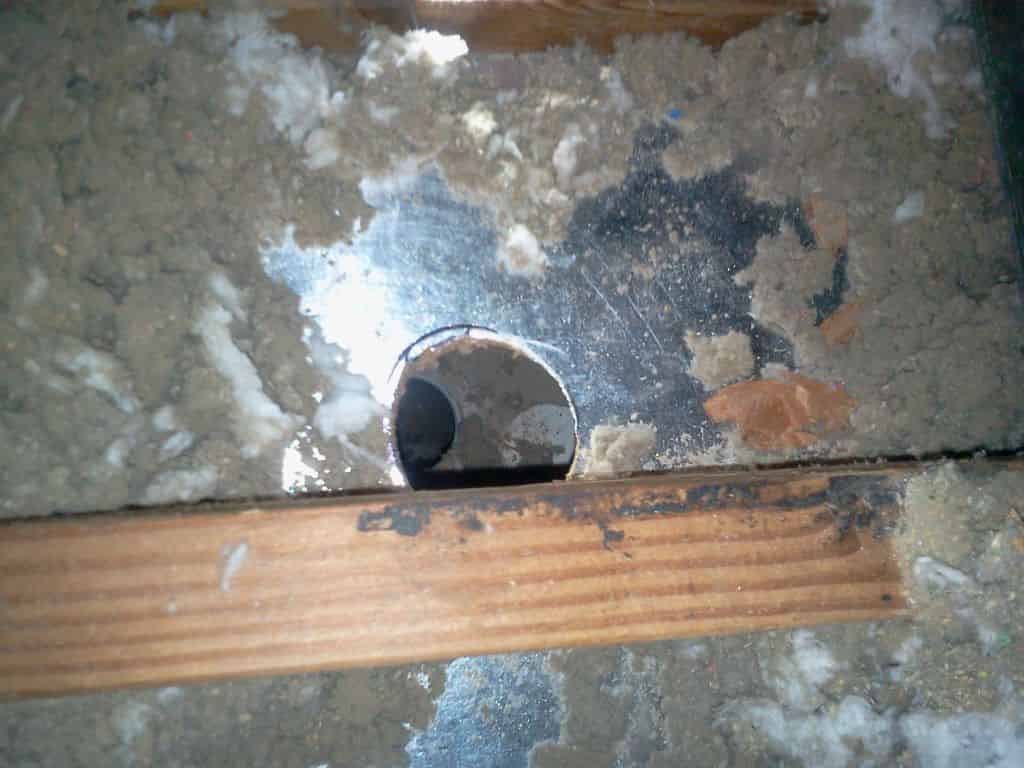 Today’s goal was to successfully run the first strand of cat5 from the network cupboard to somewhere in the house. Things do not always go to plan.

So, this morning I went up into the attic and brushed away the insulation from the area of the attic that we’d been working in. The network cupboard (in the laundry room) shares a wall with the den. That shared wall has electrical, phone, and even a single network drop. My original plan was to follow those cables and run all of my new network alongside the existing cabling. Once we got up in the attic, we realized that some of those cables were going alongside the plumbing for the laundry room and that probably would not work out very well. The problem was, between the other electrical cabling, the plumbing, a footing from a roof support and the end of that wall I was a little concerned with drilling new holes in that particular 2x4”. We found a blank spot near the end of the board, I grabbed the drill and found out that I’m not very much of a man.

This is really unfortunate news, because up until this point in the project I was feeling at least mildly manly. I’d made numerous trips to Lowes, operated power tools and had a pretty good plan drawn up in my head. I sweated, grunted and cursed at this hole as my poor drill bit struggled to advance.

As it turns out, it looks like we probably drilled too close to the end of the wall and hit something along the lines of a top plate, and the drill bit just couldn’t cut through that. When your home improvement project gives you lemons,go eat pizza and drink beer. Answers often percolate as a result of the digestion.

The cupboards in the laundry room are standard size. There’s an empty bulkhead between the roof of the cupboard and the ceiling. One of the things I had been considering, was all of the cables that potentially might be routed into the network cupboard. In the short term, I want to run the network cables into the cupboard. But in the future, there might be the coaxial cable. I would like for there be room for some future capacity. Over dinner, we kicked around the idea of how big of a hole we would need to support that future capacity.

We crafted up a solution; we could use a hole saw to drill up through the cabinet, the bulkhead wall, the ceiling, and up into the attic. Then we would feed some sort of PVC pipe through the hole we cut. We planned to run the PVC pipe right next to the wall of the cupboard and then use brackets to tighten the PVC pipe down. This would make running cable simple both in the immediate future and down the road.

After another trip to the hardware store, we picked up the materials needed: miscellaneous tools, some PVC pipe and fire blocking foam sealant. 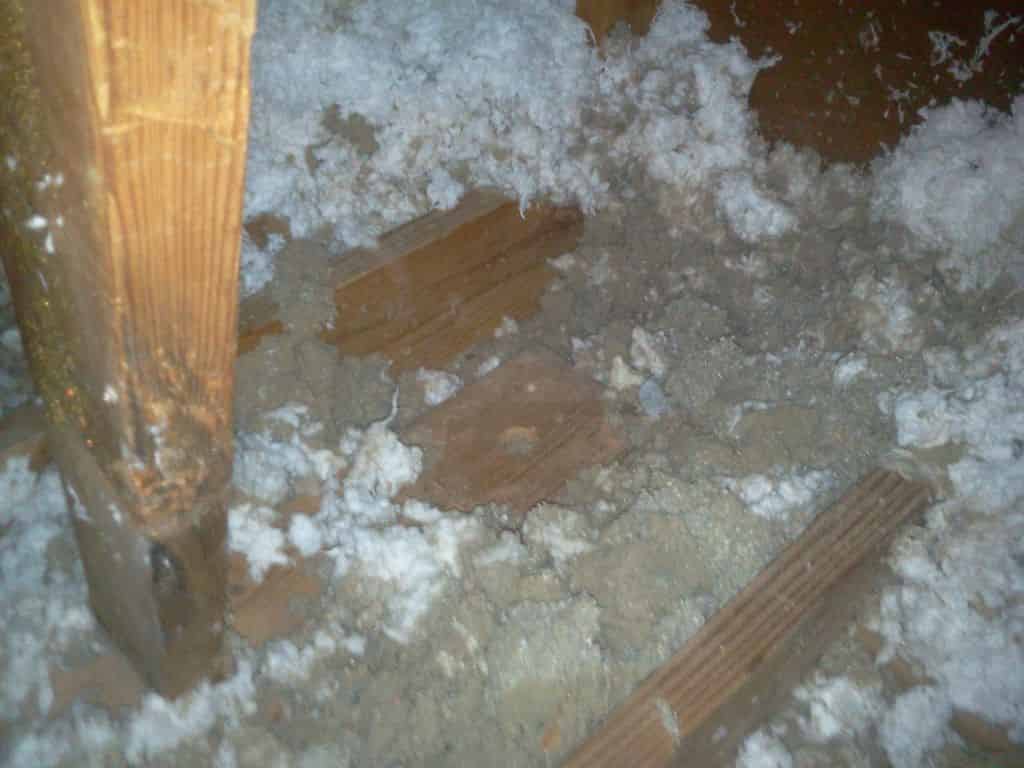 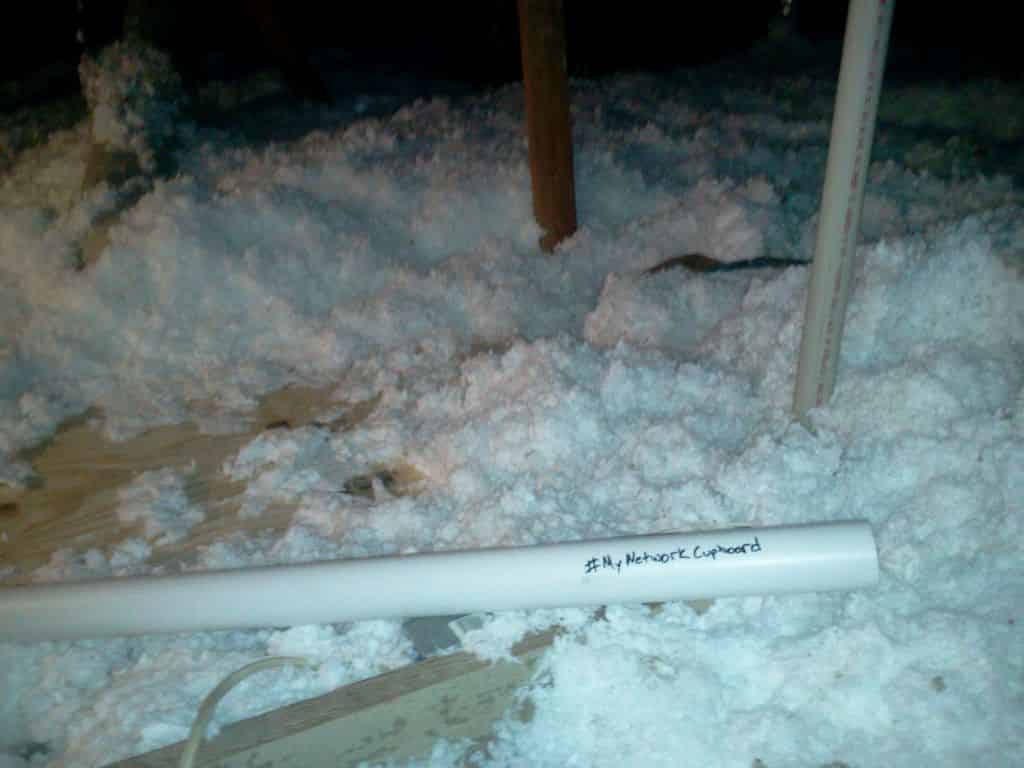 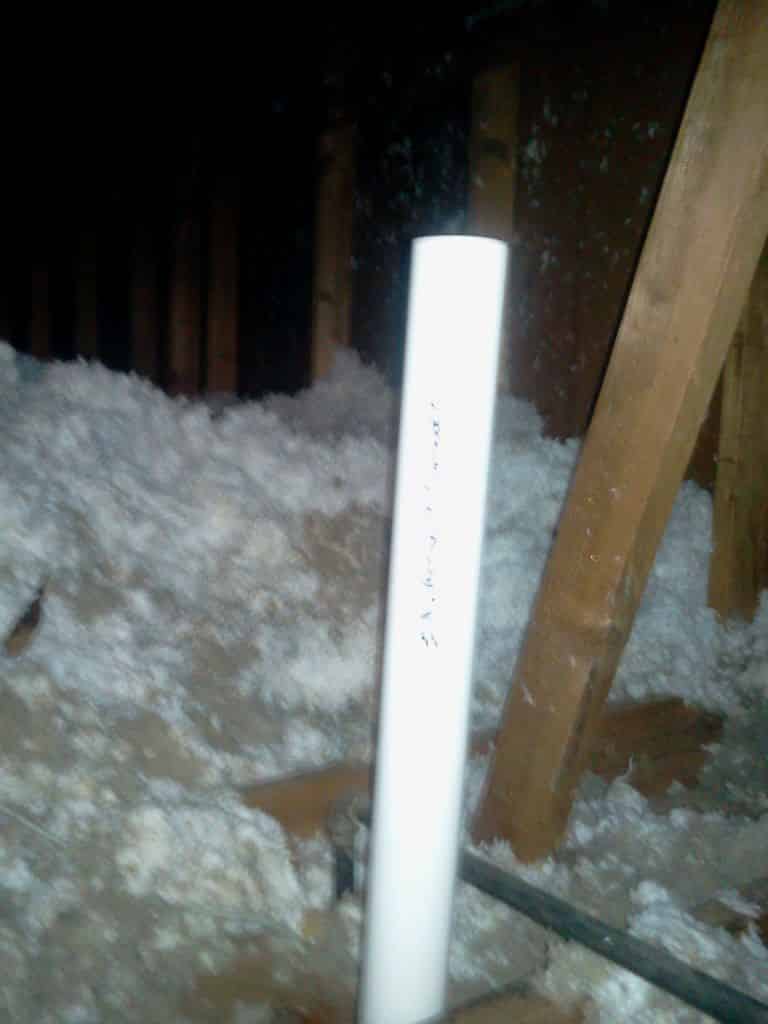 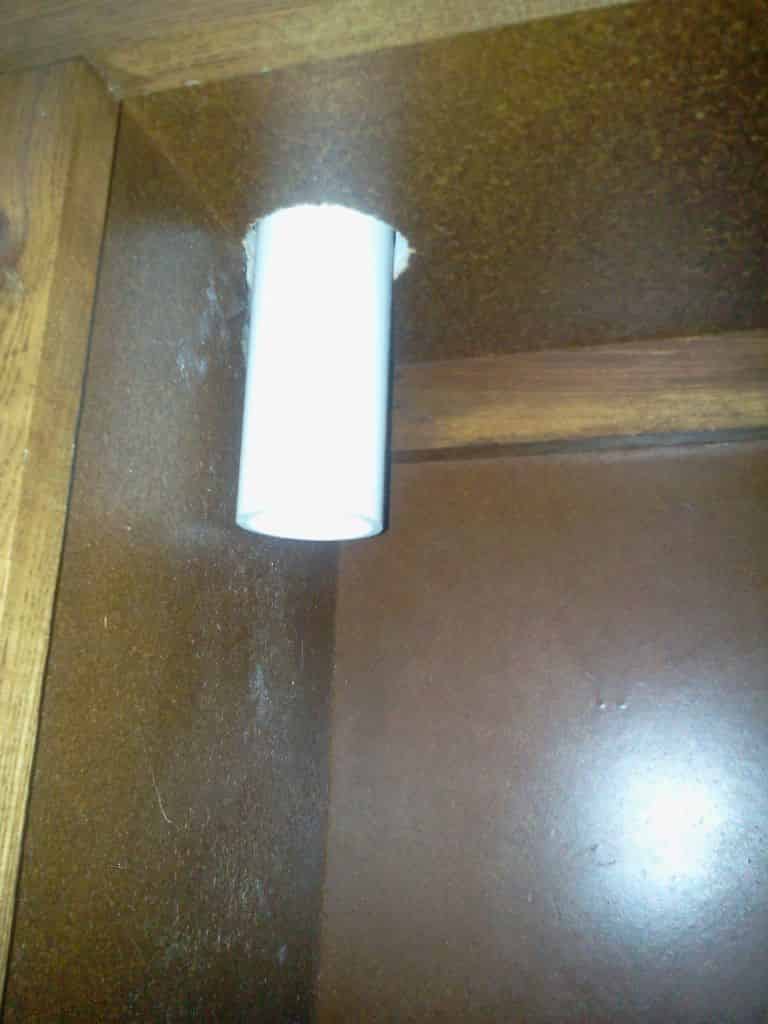 There are still some finishing touches left. I want to attach the PVC to the side of the cabinet and to the nearest 2x4” in the attic, and there’s also the matter of sealing up the hole we made, and the entrance/exit to the PVC but these are things that we’ll do once the project is winding down.

The next step is going to be to run the first network cable between rooms. The easiest room will probably be the den where we have our two computers and currently where the router is. Hopefully, my manhood will be restored and there will be one functioning network cable run between the rooms.