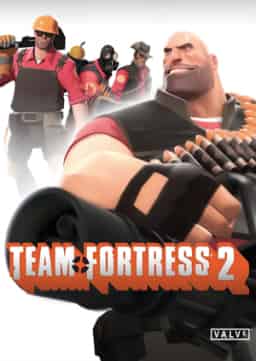 For some peculiar reason, I never bought The Orange Box. I never developed enough actual interest to motivate me out and go buy it. Mostly it’s been because I have long thought that First Person Shooters was a bit of an overdone genre with a repetitive tendency. A long time ago, it seemed like I was in a loop of buying every single FPS the day it came out, taking it home and playing it feverishly until the next new FPS came out and it was left to rot on my PC. After a while, they all seemed to be the same and I never really got “hooked” on any of them.

My resistance to this chain of FPSs is also due largely to the very ancient FPS Starsiege:Tribes. Back in 1998, Tribes introduced me to a lot of new game play that I hadn’t been exposed to since playing Doom for the first time. Tribes featured larger outdoor maps, different playable classes, and equipment that could be built and deployed. These factors combined to create a type of video game that I had never experienced before; a need for strategy and teamwork. Within a few matches, I was hooked on Tribes and played it for years. Even after several disappointing sequels, I stuck to the original as the game slowly sunk into obsolescence.*

When I joined StumbleUpon a few years ago, I wound up starting to get a bunch of TF2 stumbles in the various video game categories that I belonged to. The cartoonish nature of the game and the (usually) humorous content of the stumbles almost always entertained me and made me very curious about Team Fortress 2. Ultimately, I wound up deciding that it looked like fun, but that I was probably a couple years late to the party and I foolishly decided that it would probably be best if I just chuckled at the content of the stumbles and not invest time and effort into playing catch-up in yet another FPS.

Thankfully a good friend mentioned out of the blue one day that Valve had made Team Fortress 2 free to download via Steam. I had seen the free-to-play release mentioned in other gaming news articles. We decided to go ahead and give it a shot. Immediately, I realized exactly what I had been missing out on since forgoing a purchase of The Orange Box.

Team Fortress 2 has been hysterically fun to play. I am thoroughly enjoying the nine different classes and understanding the strengths and weaknesses of each. The “strategerie” of the game is enjoyable and elevates TF2 well beyond the button-masher that I think most first-person-shooters devolve into. The different mission types offer an enjoyable variety and I’m especially enjoying the Payload mission type, where one team attempts to push a cart to the opposing team’s side of the map.

I’ve tinkered a bit with 8 of the 9 classes about equally. I enjoy the classes to varying degrees, however I am absolutely worthless as both a Spy and a Sniper, so for the sake of my teammates I’ve restricted my use of those classes to using them on empty servers. The class I’ve enjoyed (and played) the most by far is the heavy. It is tremendously entertaining to get ubercharged, run around a corner and spray bullets out of my mini-gun until I run out of ammo or the other team kills my pocket medic.

One of the things that’s surprised me the most about TF2 is it’s staying power. Considering the fact that there seems to be some new big budget video game title being released every couple weeks, I’m astonished at the total number of players playing. By making the game free to play, Valve is hopefully enhancing an already dedicated and large player-base

* It is encouraging to note that Starsiege: Tribes is not entirely extinct even 13 years after it’s original release. There’s still a community going strong. Gaming site Tribalwar.com is keeping the game relevant. If you’re interested at all in Tribes, go check out TW and you can get started playing Tribes using this thread there.